Dating apps such as Tinder, Bumble and Truly Madly are witnessing a surge of activity in India, with some clocking as much as a 140% rise in subscribers, as singles like Suman are seeking companionship online, even as the pandemic has shrunk offline avenues to meet other singles. — AFP

Aditi Suman had not felt as liberated in her eight-year dating life as she did in August, locked up at home in Patna. The data scientist based out of Bengaluru had moved back for a couple of months during the pandemic and was looking for connections across multiple dating apps.

She has been talking to a man for a few days and likes the fact that they won’t be meeting anytime soon. “It’s a lot of pressure off my chest... Since there is no compulsion of going for that first in-person date any time soon, we’re just talking and getting to know each other well.”

Dating apps such as Tinder, Bumble and Truly Madly are witnessing a surge of activity in India, with some clocking as much as a 140% rise in subscribers, as singles like Suman are seeking companionship online, even as the pandemic has shrunk offline avenues to meet other singles.

Dating apps reach 2.2% of India’s total population and are on track to reach 3.6% by 2024, market researcher Statista has estimated.

While apps declined to share the absolute number of users on their platforms, American-origin Bumble, where actor Priyanka Chopra is an investor, said it crossed four million in July.

Not only are women and singles from smaller towns making up a more active chunk of the user base, but platforms also say that the pandemic has opened doors for millennials to re-discover the joy of slow dating – taking your time to get to know each other, with the aid of empty social calendars.

Both chats and video calls have increased by some 40%, and the time spent on reading profiles has also gone up.

“The combination of being stuck at home and the fact that we were all going through the same thing at the same time, led folks on the service to get chattier than ever,” a Tinder spokesperson said. In India, conversations have been up an average of 39%, and the average length of conversations jumped 28%. The person added that India is one of the company’s fastest-growing markets, and the rate of growth in smaller cities is twice that of larger cities.

Locations such as Chandigarh, Hyderabad, Kanpur, Pune, Indore and Surat are actively using the Tinder Passport feature that allows members to search and chat with people in any destination of their choice, as opposed to remaining limited to their geography.

Amit Gupta, co-founder and chief technology officer of TrulyMadly, said that both engagement and revenue from tier-two and tier-three towns has tripled in the last 10 months, possibly because of reverse migration. Overall, peak usage time for the app has also extended by an hour late into the night. Ravi Mittal, founder of QuackQuack, a homegrown dating app, said 70% of its user base now comes from tier-two cities versus 60% earlier with topics like ‘lockdown’, ‘coronavirus’ or ‘How are you coping with this situation’ becoming the new ice breakers.

“There’s a large, important, cultural shift happening – one that we’ve seen for a while in Gen Z, but is now accelerating and expanding because of Covid-19: our digital social lives and social lives are deeply interconnected and becoming inseparable. Gen Z, which makes up half of our members, grew up connecting with new people across the globe, they don’t separate an IRL (in real life) social experience from a digital one, and they’ve always travelled the world, virtually,” the Tinder spokesperson said.

Priti Joshi, vice-president of strategy at Bumble, said the pandemic has changed the perception around online dating. Indians now go on ‘pre-dates’ where they explore virtual dating for the first time and use video dates to get to know one another before meeting in real life.

“When physical connection is limited, we seek out other means to interact and engage with each other. We’ve observed a 38% increase in video calls from March to May 2020. People want to feel more secure with one another but also want to have fulfilling conversations, and video calls are proving to be a great way to form these connections,” Joshi said.

People are taking more time to get to know each other on a personal level before meeting in real life. This kind of ‘slow dating’ is bringing forward conversations that may have happened over two or three dates, as people are working to figure out what they're comfortable with, in real life and virtually, Joshi added.

Further, women in India have now made the first move on Bumble over 15 million times and are sending twice the number of messages on the service compared to women in the rest of the world.

To be sure, platforms have done their bit to foster connections. While Tinder rolled out in-app face-to-face video calling in India this November, Bumble has launched dating badges using which people can identify what kind of dates they would like to go on – virtual, socially-distanced, or socially-distanced with masks.

“By altering the pace and reviving the allure of slow dating, millennials are discovering love through long, profound conversations and digitally shared experiences,” said Melissa Hobley, chief marketing officer, OkCupid. That platform has seen matches in India go up by 12%. – The Mint, New Delhi

What TikTok tells us about Pakistan 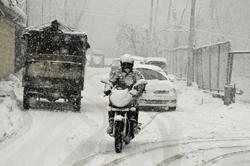 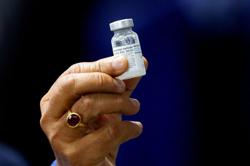