What TikTok tells us about Pakistan 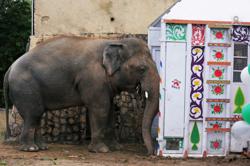 TikTok allows creators – or, musers, as most Pakistani TikTok-ers call themselves – to make short videos lip-syncing to songs, dialogue from movies and TV shows, or performing something original. Dawn/ANN

THE first thing that struck me was their voices.

You see, unbeknownst to them, I had been watching them for a few days now but had rarely heard them speak. I’d seen them move through their bedrooms and homes, colleges, favourite restaurants and malls.

I had watched them at different times during the day as I pleased. They did whatever I wished for them to do or rather, they learned to do so.

First, I had to learn what I liked and slowly they gleaned this information and began to perform for me, shapeshifting to fit the contours of my wants. I could get what I wanted from them at any time and I could dismiss those who did not meet my needs. It was the most selfish I had been able to be for a long time.

Where was I? On TikTok, of course.

A video-sharing social media app, TikTok allows creators  or, musers, as most Pakistani TikTok-ers call themselves – shorthand for one who amuses you  to make short videos lip-syncing to songs, dialogue from movies and TV shows, or performing something original. The videos are so short, in fact, that you could have watched an entire TikTok creation in the time it took you to get to the end of this sentence.

I knew about TikTok for some time, regarding it from a distance with confusion.

I had only heard bad things: it was addictive; it was probably killing our attention spans. TikTok, I thought, is where you headed when you wanted to watch a video of a man, dressed in a T-shirt and shalwar, clutching two struggling roosters in his hands, imitate Imran Khan's speech about giving chickens to women in rural areas.

Or if you wanted to see a group of men coax their friend to lie on a bedsheet and then, grasping each corner, catapult him into the air and laugh as he hit the ground.

It was also the place to see a boy backflip from the roof of his car in perfect time with an airplane passing overhead so it looks like he touches it, or if you wanted to know what Pakistan International Airlines (PIA) air hostesses do to kill time at work.

TikTok was also the platform where a user named Hareem Shah once stirred outrage when she filmed herself inside the Foreign Office conference room, lounging on a chair reserved for the prime minister, as Bollywood songs played.

I downloaded TikTok last Nov and for 10 days, watched hundreds of 15- to 60-second videos to understand the app's popularity.

Watching a video of Imran Khan, I spotted the hashtag #geonews. I landed on what is now my favourite TikTok category: parodies of the news. Many of these videos have spilled over on to Twitter and you might have seen 15-second clips of men in villages pretending to be Prime Minister Imran Khan receiving Saudi Prince Mohammad bin Salman at Nur Khan Airbase, leading the prince away on a bullock cart to the tune of the Geo News headline about the royal visit.

The more time I spent on TikTok, the more it appealed to me. This app does not need me to keep up with someones life updates, there is no opportunity to feel jealous looking at vacation photos, I dont need to remember anyones birthday or watch their baby smear food on its face.

The app doesn't care how large my social network is, who I know or whether my thoughts get retweeted. The only thing the app seems to care about and want to give me more of is whatever makes me feel good. This is not social media; this is purely personal.

Last year, I also spoke with creators whose videos I was curious about, and every time I’d call one to line up an interview, I was taken aback when I heard their voices.

I had spent days with an intimate view of their face, just arm’s length away, as they used their phone’s camera in selfie mode to film themselves. I knew their expressions, I’d seen them sad or joyful or angry. At some point though, I forgot that I had not actually seen any of this — they were mimes and the sadness, joy or anger they expressed vanished once that 15-second video ended.

And now Pakistan’s telecom regulator has banned TikTok, claiming the app failed to remove “immoral” and “indecent” content. The ban comes just over a month after the regulator, the Pakistan Telecommunication Authority, banned dating apps, including Tinder and Grindr, for the same reason.

The anti-TikTok movement started with 27-year-old lawyer Nadeem Sarwar, who filed a petition calling for a ban on the app in the Lahore High Court in August 2019, after some parents in his neighbourhood complained about their children wasting time watching or making TikTok videos.

Sarwar installed the app and was horrified. “There’s little difference between some of these videos and pornography, ” he tells me. “I saw one video where a woman was breastfeeding her baby. Even if you watch these videos alone at home, you feel so ashamed. In India, there may not be restrictions on dancing or wearing revealing clothes, but even they are calling for a ban. This is an Islamic society and we’re allowing it?”

Sarwar says winning in the LHC isn’t his goal. “We need greater controls and standards so we can monitor what people are doing on TikTok, ” he explains. “I knew that my petition would get media attention. I hoped that parents would then find out what their children are doing on the app.”

There are two common responses to TikTok by those who aren’t on the app. Some are confused or put off while others dismiss it as a waste of time. The latter say that TikTok creators are “farigh [useless]”. They sneer at someone who would be so honest about wanting attention. “You think you’ve become famous. Dimagh kharab ho jaata hai [You lose your mind], ” says Sarwar.

But whether Sarwar or Pakistan's regulator like it or not, TikTok had been installed 43 million times in Pakistan, according to the analytics firm Sensor Tower.

The app is popular because it is user-friendly and because it’s all about videos, there’s little to no language barrier. All you need is a phone connected to the internet. As a result, we’re seeing thousands of videos from people across the country, from those who have never uploaded a photograph of an artfully arranged salad at a fancy restaurant, or those who may never even have been to a restaurant.

Some people don’t like that. They say TikTok is now “too awaami [plebeian]” — why should they have to share virtual space with a villager who shovels manure for a living? While we have been quick to dismiss TikTok as “just for fun”, I found that those who are on the app are very aware that it offers them access to an audience far more than any other social media platform – so who gets to have a voice here and what can they use it for? — Dawn/Asia News Network

The longer version of this article was first published in Dawn in November 2019.