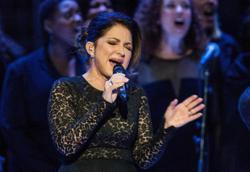 There is growing evidence that people across the world are having sex less frequently during the coronavirus pandemic, with studies in China, the United States, Britain and Turkey appearing to confirm the trend.

A survey of Americans this month by dating website Match.com found that more than 70 per cent of single Americans did not have sex at all from March to October, while a US study by the Kinsey Institute in June found Americans in general were having less sex – one reason being tension between couples isolated together at home.

Researchers said in July that British people’s sexual desire had been found to have declined immediately after they were subjected to lockdown measures in spring – before later rebounding after extended spells of isolation as people used sex to “ease stress and anxiety or overcome boredom”.

And a nationwide survey in Turkey has suggested the pandemic has reduced sexual activity significantly. The pattern among the country’s population, which is predominantly Muslim – meaning homosexuality, affairs and sex before marriage are forbidden – was the same as for other races and faiths, with the average frequency of sex among adults declining from nearly twice a week to slightly over once, researchers found.

Governments in some countries have issued guidance for safe sex during the pandemic. Dr Theresa Tam, the chief public health officer in Canada, recommended avoiding kissing, and wearing a mask when being intimate with a stranger or anyone at risk from Covid-19, the disease caused by the coronavirus.

The coronavirus’ impact on sex had previously been observed in China. Anhui Medical University researchers found that nearly half of participants in an online survey in March – the peak of China’s outbreak – had lost sexual partners and over a third were having sex less often.

Most respondents to the survey, published in the Journal of Sexual Medicine in July, said they would seek more sex or sexual partners after the pandemic.

Not getting enough? How to boost your sex life during pandemic

The Chinese researchers expected different patterns in other countries where people were less conservative about sex, and where fewer young people live with their parents than is the case in China.

In the online survey in Turkey, about a third of participants – more than 1,300 men and women with an average age of 33 – reported less desire to have sex than before the pandemic.

“These results might suggest that individuals were afraid of disease transmission during sexual intercourse and preferred to satisfy themselves,” said the research team led by Dr Nejdet Karsiyakali of Aydinlar University in a paper published in journal Sexual Medicine on Monday. 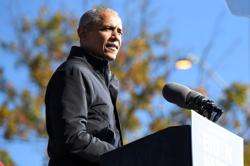