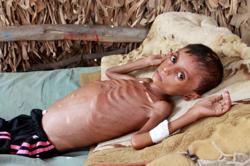 Young children are watching a wide range of videos on YouTube that are chock full of advertisements, sometimes have violent footage and offer little educational value, according to a report from academics and Common Sense Media, an advocacy group.

YouTube is a juggernaut in kids’ media, and viewership has shot up during the pandemic. But the company has struggled to police the videos that kids watch, even after investing deeply in ways to better moderate children’s content once it became a political problem.

The new report argues that YouTube hasn’t done enough. Researchers collected more than 1,600 videos from 191 parents that their children, all younger than 8, watched on YouTube’s main site this year. Among the findings: Ads were present on 95% of the videos in the study. A fifth of the ads were categorised as age inappropriate – a bourbon commercial on a nail painting video for girls; another ad, during a video game clip, that asked, “should the US deport illegal immigrants?”

The report may spur a renewed focus from lawmakers on Alphabet Inc’s Google, YouTube’s owner, a year after the company paid a record fine for breaking children’s privacy laws.

“In today’s online ecosystem, families deserve a set of enforceable rules that protect children when they’re on the Internet,” US Senator Ed Markey, a Democrat from Massachusetts, said in a statement about the report’s findings. “Unfortunately, we can’t count on these immensely popular platforms to do the right thing and prioritise kids’ interests over their own profits.” Markey introduced a bill earlier this year aimed at banning certain material and marketing in online video aimed at children younger than 16.

In September 2019, Google reached a US$170mil (RM696.74mil) settlement with the US Federal Trade Commission for serving ads based on personal data to kids on YouTube. Before the case, YouTube asserted that children under 13 years old didn’t use its site unsupervised. After the settlement, YouTube agreed to remove targeted ads from channels “directed” at children and began pointing younger viewers to YouTube Kids, the separate app for children. The company also said it was investing in “quality” educational videos.

YouTube also let its creators mark their videos as “made for kids” or not, and argued that it was difficult to designate clips as “child-directed”. Advocacy groups criticised this approach.

“Protecting kids and families is a top priority for us,” a YouTube spokeswoman said in a statement responding to the report. “Because YouTube is not for children, we’ve invested significantly in the creation of the YouTube Kids app, a destination made specifically for kids to explore their imagination and curiosity. We’re encouraged by the report’s findings that 63% of parents supervise their kids’ experience on YouTube, but continue to recommend parents use YouTube Kids if they plan to allow kids under 13 to watch independently.”

The study provides one of the more detailed snapshots of children’s viewing behaviour on YouTube, said its lead author, Jenny Radesky, a pediatrician at Michigan Medicine C.S. Mott Children’s Hospital.

Children watched an average of 39 minutes of videos a day, double the amount from 2017, the researchers found. About 5% of the videos in the study had “high educational value”, which the researchers defined as teaching topics that went beyond simple concepts and were developmentally appropriate.

But some ads even interfered with educational portions of videos. In one clip to teach kids colours, Blippi, a popular YouTuber, pointed below to the word “blue” that was blocked by a banner ad.

“We were surprised by the amount of long videos that appeared to be put together just to attract young viewers, even if they didn’t have substance,” Radesky said. “It really works to keep kids occupied. They don’t need to think.”

According to the study, 30% of the YouTube footage contained “mild physical violence” and only 24% showed a diverse representation of race and gender. The study relied on a rating system similar to what Common Sense uses to grade footage for parents. (The group’s nonprofit unit worked on the research. Its for-profit arm is building a media service that will compete with YouTube.)

The research doesn’t accuse YouTube of serving targeted ads to children. And the study found that many children watched the YouTube videos that researchers classified as highly educational. Relative to other clips, however, YouTube’s recommendation system rarely surfaced these.

“You’re going to need to seek out those hidden gems,” Radesky said. “They’re not being elevated by the algorithms as much.” – Bloomberg 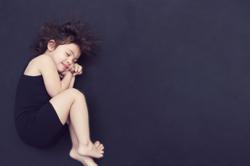 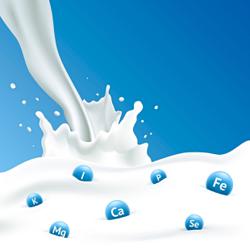