China now has more gamers than the entire populations of the US, Japan, Germany, France and the UK combined. Mobile games accounted for nearly three quarters of the sector’s total revenue, raking in 50.8bil yuan. — SCMP

China’s video gaming industry, the world’s biggest, racked up 68.5bil yuan (US$10.4bil or RM42.70bil) in revenue in the third quarter, a 15.72% gain on the same period a year ago but down from the first quarter as gaming surged amid the Covid-19 pandemic and related lockdowns.

Meanwhile, the number of gamers rose 3.6 million more to 661 million nationwide, according to the latest report on Friday by the government-backed China Audio-video and Digital Publishing Association. In the first quarter revenue hit a record high of 73.2bil yuan (RM45.63bil).

China now has more gamers than the entire populations of the US, Japan, Germany, France and the UK combined. While decimating some industries, the pandemic has driven further expansion of an already fast-growing video games industry. Gaming is also becoming a bigger segment within the overall entertainment industry amid digital transformation.

Mobile games accounted for nearly three quarters of the sector’s total revenue, raking in 50.8bil yuan (RM31.66bil). As Internet cafes around the country gradually resumed operations, PC games rebounded with revenue climbing 3.6% to 14.3bil yuan (RM8.91bil). Web browser games continued their decline, down 1.8bil yuan (RM1.12bil) in the quarter from 2.4bil yuan (RM1.49bil) in the same period a year ago. 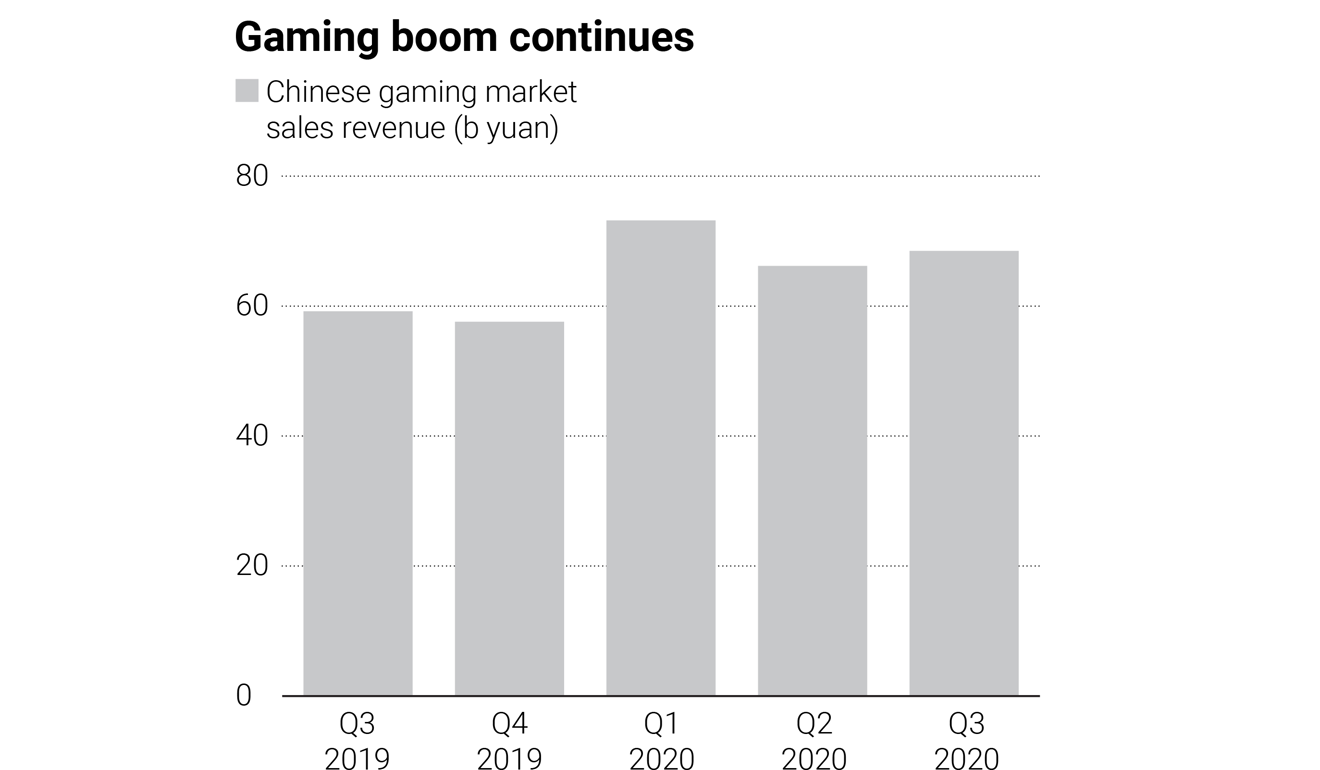 Chinese-made games are also hauling in more revenue from overseas markets, taking in US$3.87bil (RM15.88bil) in the third quarter across all foreign markets – up from US$3.14bil (RM12.88bil) a year ago.

On the other hand, foreign-made games have struggled to get their offerings past China’s gaming regulators. China requires games to obtain a licence before being released in the country, and excessive gore along with sensitive political content can rule them offside.

Digital Extremes’ Warframe, which obtained its licence in November, is the only imported game to be approved in China in the last three months, although 55 other imported titles have been approved this year.

Tencent has cemented itself as the leading gaming company in China in recent years with breakout hits such as Honour Of Kings and Peacekeeper Elite. When questioned about the potential impact of the government’s new antitrust initiative, Tencent president Martin Lau Chi-ping told analysts in a conference call last week that its video games business was not the focus of the government’s plan. – South China Morning Post