The PlayStation 5 does not have a release date in China yet, but scalpers are already accepting pre-orders for for US$1,500 to US$2,000. Consoles are not nearly as popular as PC or mobile gaming in China, but avid gamers are eagerly awaiting Sony’s next-generation device. — SCMP

Just two days ahead of the initial launch of the PlayStation 5, Sony Corp’s highly anticipated next-generation video game console, scalpers in China are already taking pre-orders with the price set at more than US$1,500 (RM6,184) per unit, three times the retail price.

The PS5 officially goes on sale on Nov 12 in six markets, including North America and Japan, with launches elsewhere on Nov 19. But China did not make the cut for either release, owing to a tightly regulated gaming market that has long kept games and consoles out of the country or resulted in late releases.

This has led to the standard PS5, which retails for US$500 (RM2,061) in the US, to start showing up on e-commerce site JD.com for three to four times its original price, with listings going as high as 12,888 yuan (US$1,950 or RM8,052). The incredible mark-up is partially the result of the Covid-19 pandemic, which is expected to make it difficult for avid gamers to get new consoles this year.

“We expect demand for the new consoles to outstrip supply up until at least the end of March 2021,” said Piers Harding-Rolls, research director of games at Ampere Analysis. 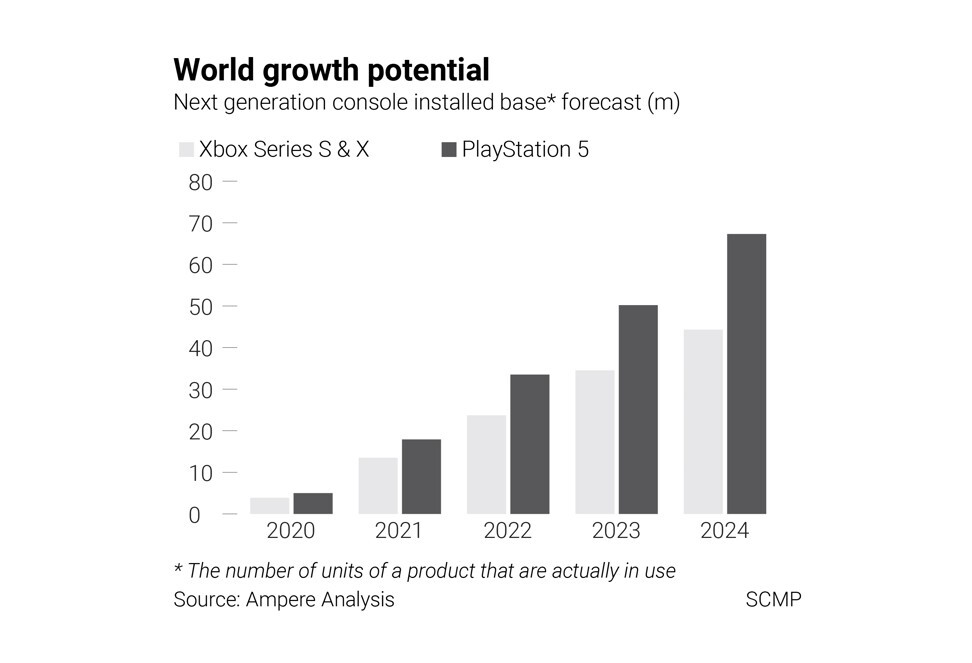 The pandemic is expected to hit new consoles from Sony and Microsoft Corp, which released its new Xbox Series X and Series S on Nov 10, for multiple reasons this year. The companies have to grapple with disruptions to supply chains and shipping while demand for video games has risen during the stay-at-home economy triggered by lockdowns and quarantines.

When the pre-orders for the PS5 started in September in some markets, the console quickly sold out.

The PS5 is also launching a day after China’s Singles’ Day on Nov 11, the world’s largest shopping festival that is often likened Black Friday and Cyber Monday in the US. But while scalpers already have listings up online as shoppers prepare to flood onto e-commerce platforms, there is still no official release date for the console in the country.

When Sony announced the new console in September, the company said the “PS5 launch date for China is still under exploration and will be announced at a later date”.

Grey-market consoles are nothing new in China. Even after the end of a 15-year console ban in 2015, they have remained popular because of restrictions on official consoles in China for playing overseas games. When the Nintendo Switch was released in China last December in a tie-up with Tencent Holdings, the console went months with just a single game available in the Nintendo Game Store in the country.

As with previous consoles, scalpers are expected to procure overseas PS5s from markets such as Japan and Hong Kong as interest in the console remains high in China. But while China’s console market has been growing in recent years, it remains small relative to gaming on PC and mobile. So demand for a hot new console might not signal anything for the broader market.

“I believe hardcore gamers are eager to have PS5, so sales from [the] grey market might be big, but the shortage and high pricing mean it cannot become significant to improve the whole console market in China,” said Cui Chenyu, a senior research analyst for games at London-based consultancy Omdia. 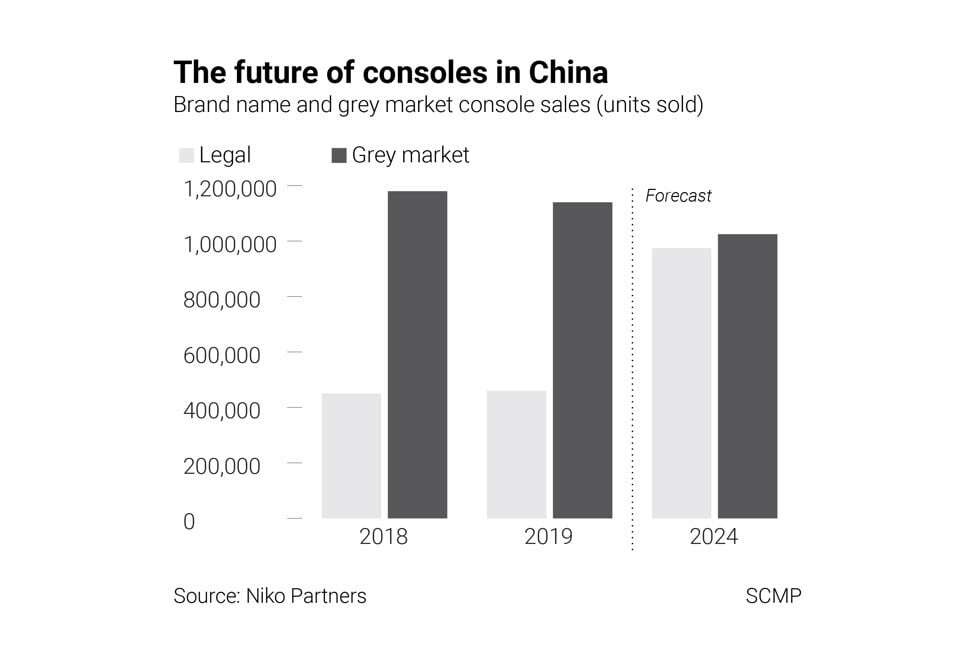 Some gamers have also blamed the high resale prices on the closed border crossings between Shenzhen and Hong Kong, the source of many grey market electronics in China. But there are currently just two border crossings open and mandatory two-week quarantines for visitors on each side.

“I feel like the border with Hong Kong will probably stay closed until the first quarter of next year,” one person lamented on the microblogging site Weibo. “It will be hard to even get it from parallel importers.”

While supply may be limited, early sales of the PS5 are still expected to perform well relative to the console’s predecessor. Ampere Analysis forecasts that Sony could distribute as many as 8.5 million units to retailers through March, Harding-Rolls said.

“As such, PS5 will outperform the PS4 in these opening months, a result of there being more product available to sell compared to the previous generation,” he added. “Even so, demand will outstrip this supply.”

China’s console and TV games market is projected to expand to US$2.15bil (RM8.86bil) in revenue by 2024, up from US$997mil (RM4.11bil) in 2019, according to game consultancy Niko Partners. The consultancy also projects the number of console gamers to surpass 19 million by the same year, up from 11 million in 2019.

Given the typical delayed releases of consoles in China, though, Niko expects gamers to continue to get more consoles and games from the grey market than from official vendors. But that gap is expected to narrow in the future.

For now, though, the grey market is the only place dedicated gamers in mainland China can get Sony’s latest-and-greatest in gaming technology. – South China Morning Post