While it is primarily known as a food delivery company, Meituan has been broadening its offerings in recent months. — Bloomberg/South China Morning Post

About a month after Meituan, China’s largest on-demand app, introduced a new live-streaming toolkit for private educational institutions, it has moved to reach an even bigger audience by launching a mini-program on Tencent Holdings’ ubiquitous app WeChat.

WeChat, a do-everything app that allows users to find a hotel, pay bills, message friends, order food and much more, had over 1.2 billion users worldwide as of the end of June, almost three times the 450.5 million annual transacting users Beijing-based Meituan reported in its annual report for last year.

While it is primarily known as a food delivery company, Meituan has been broadening its offerings in recent months, giving customers the option to order everything from Huawei phones and Sephora beauty products to books on its app.

Based on a check by the Post on Monday, Meituan’s new WeChat mini-program MLive features merchants including hair salons, dental clinics, beauty parlours, dance studios and educational institutions already selling their services through live-streams on the company‘s eponymous app Meituan as well as another on-demand service app it operates, Dianping.

The coronavirus pandemic and resulting stay-at-home economy have boosted the popularity of live-streamed shopping campaigns, which have been credited with helping China’s retail sector recover in the past few months. There were over 10 million e-commerce live-streaming sessions in China attracting more than 50 billion views in just the first half of the year, according to China’s Ministry of Commerce.

WeChat is a relatively late entrant to the live-streaming e-commerce space and only began testing its live-streaming function for its mini-apps – apps that run within WeChat itself – in February this year. As of September, about 100,000 merchants were already using the function, according to WeChat. 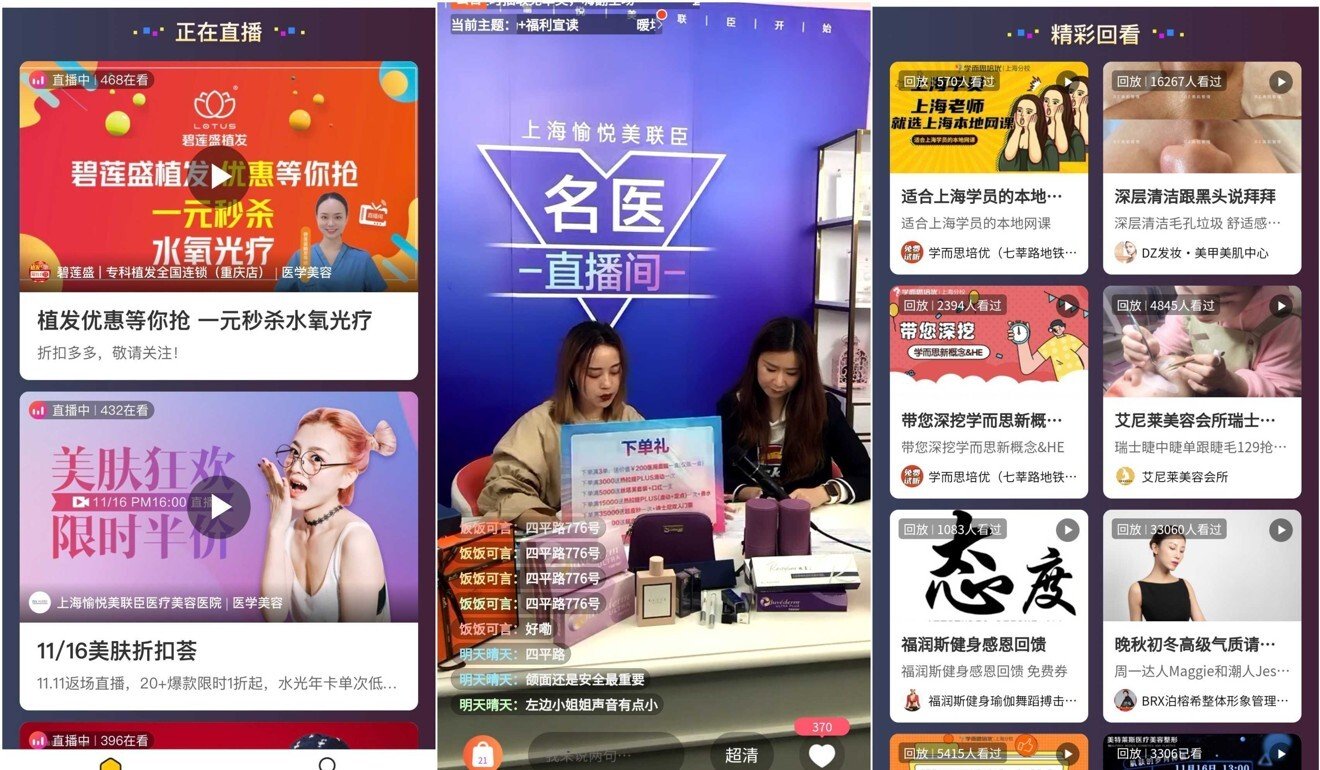 But with the explosive growth of live-streaming e-commerce, there has also been a surge of complaints about product quality, fake delivery orders and a lack of after-sales service, prompting regulators to tighten controls.

Last month, China’s State Administration of Market Regulation released a draft regulation proposing that social media and live-streaming platforms with e-commerce functions such as WeChat, Douyin and Kuaishou be subject to the same regulatory oversight as e-commerce platforms. This would impose additional legal responsibilities on the platforms, including requiring them to monitor the qualifications of vendors and protect intellectual property rights.

Earlier in the year, the China Advertising Association (CAA) and another industry body, the Professional Committee of Media Shopping of China General Chamber of Commerce, also drafted separate codes of conduct in the first steps toward regulating the booming industry.