To create the stories, writers will use an algorithm that is pre-trained using various forms of text pulled from the Internet, according to award-winning sci-if writer Stanley Chen. — Shutterstock/SCMP

A new project in China is teaming 11 authors with artificial intelligence to write science fiction. The original stories, in Chinese, will be published on a weekly basis throughout November and December.

The goal of Co-Creation is to produce stories that explore themes such as gender, environmental protection and the relationship between humans and computers, among other topics.

To create the stories, writers will use an algorithm that is pre-trained using various forms of text pulled from the Internet, according to Chen. But it will also require fine-tuning, which will be done by feeding the algorithms selected works of sci-fi.

The process enables the AI to learn how to structure sentences and understand relationships between different characters. So after an author writes down the first sentence, the machine will add an additional sentence or paragraph that continues the story.

“It can trigger a lot of possibilities when you are writing,” Chen said. “It’s kind of like an imitation of the human brain process when you create a certain work of literature.”

This is not Chen’s first experiment with AI-generated literature. The writer has already published a story with paragraphs written by AI.

Books and music written by AI? It’s real – but there’s a problem

This first foray into AI literature began in 2017, when Chen reached out to Sinovation Ventures CTO Wang Yonggang, who is also the dean of the AI Institute. Chen wanted to make a program that could write in his style.

The first algorithm was simple and open-sourced, according to Chen. This gave him prose that sounded experimental and avant-garde, he said, but it lacked coherence and logic.

The technology has progressed since then. This includes advances in natural language processing (NLP), a branch of AI that studies interactions between computers and human language, which helps with speech recognition and language understanding.

AI can now produce more diverse writing styles that appear more logical. This prompted Chen to invite other authors to experiment with AI and rethink the relationship between technology and humans.

Many of the writers participating in Co-Creation specialise in sci-fi, a genre considered niche in China until the recent success of the book The Three-Body Problem by Liu Cixin thrust the genre into the mainstream.

What if an AI algorithm wrote a bestseller? Who would own the copyright?

“I would like to learn how writers, critics and also readers from mainstream literature think about this experiment and how they take work written by AI,” Chen said. “Is it serious storytelling or just some kind of gimmick?”

In addition to Chen and Xiao, the list of participants includes other notable writers. Jia Liyuan, who writes under the pen name Fei Dao, is a recipient of the Nebula Award, which recognises the best works of science fiction and fantasy. Sci-fi authors Fenxing Chengzi and Ling Chen are also on the list.

While the writers will be able to use the AI to create new imaginary worlds, Wang said in the announcement that the project aims to help explore the boundaries between humans and machine intelligence.

The technology underpinning it could also have commercial value.

The AI program was derived from the work of college students participating in the 2020 DeeCamp AI training programme. But the core model was developed by a research team at the Sinovation Ventures AI Institute, headed by NLP expert Song Yan, an associate professor at the Chinese University of Hong Kong’s School of Data Science in Shenzhen.

Developers will be able to use the model to create different products and business models that are hard to anticipate today, according to Wang.

He said it could become a core technology for the next generation of search engines and advertising recommendation systems. But Wang also expects that its diverse functionality will allow it to be used in medical fields, education and even robotics, where it can be applied to human-machine interaction. – South China Morning Post 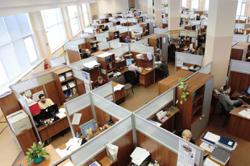