Google comes under fire abroad as US prepares antitrust case Google is confronting a growing backlash against its market power in international markets. — Reuters

Google is confronting a growing backlash against its market power in international markets, compounding the company’s regulatory challenges as it girds for an historic antitrust suit from the US Justice Dept.

In just a matter of weeks, the search giant’s business practices have drawn scrutiny in Australia, South Korea and India. The European Union’s antitrust chief has already threatened to break up Google if it won’t change its ways, while the company pulled out of China a decade ago because of government censorship.

India is a prime example of how Google’s troubles could undercut future growth. More than 200 startup founders have banded together and opened discussions with the government to stop the Alphabet Inc unit from imposing a 30% fee on smartphone app purchases, its standard levy around the world. While Google delayed implementation for six months after an outcry last week, the country’s tech industry is determined to constrain the colossus.

"As a country, can we afford to give away so much power to one or two monopolistic foreign companies?” said Anupam Mittal, a prominent angel investor and startup founder. "If India wants to create the next Microsoft or Alibaba, the government has to act now.”

India’s authorities have proven willing to go after the largest corporations and take forceful action – when they see a clear, national interest. Companies such as Apple Inc were prohibited for years from opening their own retail stores to protect local operators, while TikTok and more than a hundred other Chinese apps were quickly banned this year over security concerns.

"We’ve lots of confidence in the government; they’ve acted decisively in the last few months,” said Mittal, who is part of a group talking with officials. "Google will have to back off.”

The Mountain View, Calif-based company struck a chastened tone as it delayed plans until 2022 to force local developers to bill through its Play Store and hand over the 30% fee. That marked an unusually swift about-face for a tech giant no stranger to resisting governments around the world.

"We are setting up listening sessions with leading Indian startups to understand their concerns more deeply,” Google wrote on its blog post.

The backlash in India echoes global opposition to the fee structure imposed by Google and Apple in their online app stores. Fortnite-maker Epic Games Inc filed a lawsuit in the United States against the two companies for how they impose such charges.

Alphabet remains one of the tech industry’s vaunted powers, with a market capitalization around US$1 trillion (RM4.14 trillion). Yet its shares have underperformed this year as its practices have drawn increasing criticism, rising 13% compared with 29% for the Nasdaq index.

The company will have to capitalise on market opportunities like India if it is to live up to investors’ high expectations. The country is the world’s largest Internet market after China and the biggest growth market for smartphone users. Sundar Pichai, Alphabet’s chief executive and an India native, has attempted to build bridges by striking local alliances and vowing to invest US$10bil (RM41.38bil) in the country.

"A one-size fits all global policy cannot be applied to a market like India,” said Pathak. "Google will have to come up with something local.”

The US giant has the advantage that 98% of smartphones in India run on its Android operating system, largely because iPhones are too expensive for most locals. That makes consumers likely users of its Play Store.

But local startup founders argue Google’s 30% fee would be excessive and damage domestic developers. They also say the fees violate Indian rules against charging for digital transactions. They’re contemplating setting up a rival app store, ideally with government support to create a viable alternative to Google.

Vijay Shekhar Sharma, founder of digital payments provider Paytm, the most valuable startup in the country, has been an outspoken critic of the American giant. A week ago, his company unveiled an Android Mini App Store that will give local developers free distribution for their apps and offer payment options at a 0% fee. Later, Paytm’s store held its first ever developer conference and Sharma said he was targeting a million apps on the store by next year. 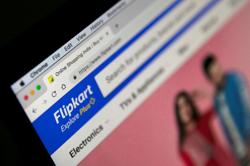