Over the long term, Apple should recognise its interest in helping more companies to compete – and flourish – on its platform. Otherwise, lawmakers and consumers alike might come to regard what they once saw as healthy competitiveness as an abuse of market power. — AP

Apple’s App Store is a boon to users, a marvel of software innovation and an exemplar of cutthroat competitiveness. Is it also a standing violation of antitrust law?

That’s a contention that Epic Games, the maker of Fortnite, will test in US courts next week. Epic doesn’t like that Apple takes a 30% cut of its in-app sales on its devices. To avoid the fee, and in violation of the store’s rules, Epic introduced a payment system that would allow users to purchase items from it directly. Apple and Google (which has a similar arrangement) both yanked Fortnite from their mobile stores in response. A lawsuit followed.

This whole chain of events was something of a stunt. Epic immediately unveiled a prepackaged PR crusade, including a video parody and hashtag campaign. An ongoing advertising push paints the dispute as a David-and-Goliath battle on behalf of lowly appmakers, who, in this telling, are being coerced into paying Apple’s punitive fees. On Sept 24, a group of likeminded companies announced they had formed an alliance to protest the rules.

This framing has things backward. The App Store has in fact been hugely useful for consumers, stimulated competition and – not least – offered immense benefits to smaller companies. The challenge for Apple is to ensure that it stays that way.

The consumer benefits are plain. Thanks to the standards that Apple imposes, iPhone users know that whatever apps they select won’t come loaded with spyware, viruses or battery-draining excesses. Buyers have a safe and seamless way to pay, and need no technical aptitude to install their purchases. By several metrics, it all works pretty well: The store now offers some 1.8 million apps, facilitates about half a trillion dollars in sales a year and is a big reason why about a billion people now have iPhones.

Providing this assurance to buyers also benefits small app makers. So long as they adhere to Apple’s standards, they can compete on a level playing field with much bigger companies. All a user needs to consider is whether an app does something useful or diverting – not whether its maker is prone to misusing data or misappropriating credit card numbers. If Apple were to allow users to download anything from the broader Internet, that trust would vanish, security would worsen and competition would suffer. About the only winners from such reversal would be big and famous game makers, such as Epic.

It’s true that 30% sounds like a hefty fee. But it’s entirely in line with what other platforms and marketplaces charge for distributing digital content to their users. Fees for software sales at brick-and-mortar shops frequently exceeded 60% before the iPhone came along. And the vast majority of developers pay nothing at all – only those that acquire customers or deliver goods and services through the app are subject to the fee.

Apple undeniably has enormous influence over what happens in the app economy. It stands accused of making arbitrary and opaque review decisions, and many of its practices – such as forbidding apps to even link to their external sales sites – are hard to justify. Moreover, many of the requirements that once benefited small companies, such as Apple’s insistence that transactions go through its own payment system, look increasingly burdensome as nimbler competitors come up with better solutions. Issues like these may not amount to antitrust violations, but they call the quality of Apple’s services into question.

In all likelihood, Apple will prevail in its legal dispute with Epic. But over the long term, the company should recognise its interest in helping more companies to compete – and flourish – on its platform. Otherwise, lawmakers and consumers alike might come to regard what they once saw as healthy competitiveness as an abuse of market power. That would threaten an ecosystem that, up to now, has benefited nearly everyone involved. – Bloomberg

(Editorials are written by the Bloomberg Opinion editorial board.) 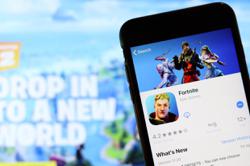