The multiplayer social deduction game Among Us has topped the Twitch trending ranking for three weeks. — Bloomberg

What has inspired the curiosity of gamers on Twitch this week? Here are the latest figures for the last seven days on the streaming platform.

There has been very little change in this week's ranking. The only mover is Among Us, which has continued its dramatic rise and taken second place from League Of Legends.

1 – Just Chatting has remained in the number-one spot this week. The game even enjoyed a slight uptick (+0.6%) over the previous week. In all, more than 39 million hours of the simple 2D platformer for adults were watched on the platform.

2 – Among Us has arrived in second place in the ranking. With a total of more than 36 million hours watched, enthusiasm for the social deduction game has been building steadily. The number of hours was up by 73.4% this week, and by 51.1% in the previous seven days. Among Us may well overtake Just Chatting in the week to come.

3 – League Of Legends slid by one place down the ranking this week. Notwithstanding a 22.2% reduction in the number of streamers of the battle arena game, the number of hours watched was still just short of 26 million.

4 – Fortnite hung on to fourth position in the ranking this week in spite of a slight reduction of 1.9% of the number of hours watched. It is also worth noting that 10 million hours watched separate the shooter-survival game from this week's third place.

5 – Call Of Duty: Modern Warfare also stayed in the same position it had occupied in the previous week. The first-person shooter, which accounted for 16 million hours streamed, continues to decline in popularity (-5%).

The top 5 trending games on Twitch

Among Us tops the current ranking, which has also been marked by the arrival of Call Of Duty: Black Ops – Cold War and Valorant this week.

1 – Among Us has been THE trending game in recent weeks. Having topped the Twitch trending ranking for more than three weeks, its popularity has continued to grow (+51.1 %) with a total 15 million hours watched since last week.

2 – Call Of Duty: Black Ops – Cold War has entered the trending ranking this week. The console game, which is due to release in November 2020, already accounts for two million hours watched on the platform.

3 – Minecraft, which is placed third in the trending chart, entered the ranking with an increase of 28%. The sandbox game had an additional two million views over the preceding week.

4 – Counter-Strike: Global Offensive has mounted a discreet attack on the top five. It is now placed just below the current number three in the ranking with an extra 1.5 million views (+8.6 %) when compared with the previous week.

5 – Valorant, an all-new entry in the top five, is not far behind its rivals. With an increase of more than 15%, the free-to-play first person shooter was viewed 1,300,000 times in the last seven days. – AFP Relaxnews 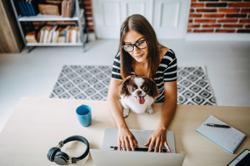 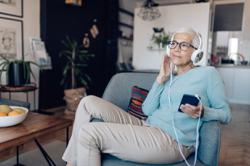 Audible launching free podcasts: what difference does it make for me?