Calling themselves digital marketing companies, companies offering disinformation campaigns as a service online have played a role in trying to influence elections from Canada’s British Columbia province to suppressing dissent in the United Arab Emirates, according to the report by Talos. — Dreamstime/TNS

WASHINGTON: A variety of online tools and companies offering disinformation campaigns as a service are flourishing online, making it easier for state-sponsored and other hackers to mount such campaigns with little effort, the technology firm Cisco said in a report released Aug 26.

Calling themselves digital marketing companies, the purveyors of disinformation have played a role in trying to influence elections from Canada’s British Columbia province to suppressing dissent in the United Arab Emirates, according to the report – “The Building Blocks of Disinformation”, produced by Cisco’s security research arm called Talos.

The Cisco report also noted the role of AggregateIQ in swaying the 2016 Brexit vote in the UK, the Israeli company Archimedes that targeted the 2019 Nigerian elections, and Newave, a company that helped the UAE spread anti-Muslim Brotherhood messages.

The involvement of private disinformation companies obscures the role of state-sponsored hackers and politicians who may be lurking behind the commercial entities, Nick Biasini, one of the authors of the Cisco report, said.

“That’s one of the reasons why we're really starting to see this grow,” Biasini said, referring to the role of private companies. It allows nation-states and their intelligence apparatus to hide, “so they can maintain a little bit of isolation from the actual activity, making it difficult to identify groups behind it.”

Private security companies and US government officials have said that after mounting a successful disinformation and influence campaign during the 2016 presidential election – as recounted by Special Counsel Robert S. Mueller III and the Senate Intelligence Committee – Russia and other countries are adapting and learning the lessons from those efforts.

Companies offering disinformation tools have become so sophisticated they’re able to track the spread of their content, assess their impact and refine their strategies, Cisco found.

“Mature agencies will often gather insights to tune their dissemination efforts,” the report said. “For instance, by collecting likes, friends, regions and even response times to posted content, agencies can better assess their targets and deliver custom content.”

A software called NationBuilder is one such tool that “targets and manages communications with expectant voters”, Cisco said.

To make content look more believable, some companies are creating fake personas of journalists, with false LinkedIn profiles and web histories. They’ll use the profile of a fake journalist to then push content that might be picked up by genuine news sites, Cisco said.

Social media companies including Twitter and Facebook have mounted large-scale efforts to crack down on foreign sources of disinformation, including imposing tough requirements such as having a legitimate phone number and a mobile SIM card to create accounts.

But some for-hire disinformation companies seem to be offering legitimate SIM cards as a service, Cisco said. “In a recent takedown of a suspected Russian bot farm in Ukraine, photos show a plethora of SIM-related hardware,” Cisco said.

Drawing on open-source information, Cisco estimated the photos show about US$10,000 (RM41,685) in hardware costs alone just from the devices identified in the photos, the report said.

Despite the efforts of social media sites to counter disinformation, their platforms continue to present ripe opportunities for anyone looking to launch an effort, Cisco said, citing the example of a group called March to Replace Biden that it found on Facebook.

“The group was also organising a public demonstration and encouraging users to share disparaging memes and news articles, many of which were being tagged by Facebook as potential misinformation,” Cisco said. “We identified this group within minutes of starting our search, highlighting the ease at which a disinformation actor could do the same.” – CQ-Roll Call/Tribune News Service 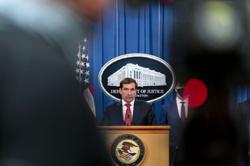 US charges six Russian agents for hacking that cost billions 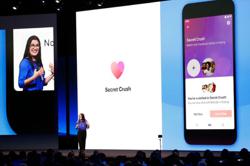