While the developer Game Science has yet to announce a release date, it is expected the game will join a list of Chinese titles to appear on the next generation of consoles. Within a day of being uploaded, the game’s 13-minute demo video recorded 10 million views on Chinese video site Bilibili and nearly two million on YouTube. — SCMP

While China dominates the US$77bil (RM321.86bil) mobile gaming market, it falls short when it comes to AAA games, an umbrella term for premium titles incorporating cutting-edge technology and art.

As the mobile gaming market reaches saturation, Chinese companies are now looking to compete in the premium space with a new generation of titles under the industry’s informal AAA classification, usually pronounced triple-A. The latest is the martial arts action game Black Myth: Wukong by Hangzhou-based studio Game Science.

Within a day of being uploaded, the game’s 13-minute demo video recorded 10 million views on Chinese video site Bilibili and nearly two million on YouTube. The game also became the top trending hashtag on Weibo and Douyin, China’s equivalent of Twitter and TikTok respectively.

Retelling stories from the classic Chinese mythology epic Journey to the West, Black Myth: Wukong has excited its fan base by its impressive gameplay and high visual fidelity as shown in the demo reel. While the developer Game Science has yet to announce a release date, it is expected that the game will join a list of Chinese titles to appear on the next generation of consoles such as Sony’s PlayStation 5 and Microsoft’s Xbox Series X.

Game Science was founded in 2015 by a group of developers formerly under Tencent. Before Black Myth: Wukong, the company developed the mobile games Art Of War: Red Tides and 100 Heroes, both of which enjoyed moderate fame.

The Art of War franchise was picked up by TikTok maker ByteDance while 100 Heroes was originally published by gaming giant NetEase in 2015.

Game Science’s operations director Lan Weiyi said the decision to develop an AAA game was made in 2017 after the realisation that there were more Steam users from China than the US. Valve’s Steam platform is where many PC-based AAA games are released.

“At the time, there were already more than one million Chinese gamers playing Grand Theft Auto on Steam,” Lan wrote on Chinese online platform Zhihu. “Then we realised that China’s premium games market was going through a transformation.”

As well as Black Myth: Wukong, other titles with the potential to be China’s first breakout AAA game include indie titles Lost Soul Aside and Bright Memory: Infinite, as well as Tencent Holdings’ upcoming title SYN.

At the same time, the talent and technology required for AAA production are no longer in short supply in China because traditional Western gaming powerhouses such as Ubisoft and Epic Games have already trained a generation of highly skilled Chinese game developers with their operations in China.

Action game Lost Soul Aside showed AAA potential as early as 2016 with its first demo. With gameplay mechanics and visuals akin to hits like Final Fantasy XV and Devil May Cry 4, it later became so successful that Sony invested in the title through its incubation programme called China Hero Project.

First-person-shooter Bright Memory: Infinite also made a splash within the gaming community, with Microsoft choosing to highlight the title in the first batch of games appearing on the upcoming Xbox Series X console.

Chinese gaming giants Tencent and NetEase have also been working to develop their own AAA titles. Besides hiring big names such as Ken-Ichiro Imaizumi and Scott Warner to set up AAA studios overseas, Tencent-owned Lightspeed Studio recently unveiled SYN, a cyberpunk-style first-person-shooter game. NetEase, for its part, recently set up a studio in Tokyo dedicated to producing AAA console games.

While it remains unclear when Black Myth: Wukong will be released, Niko Partners senior analyst Daniel Ahmad said Game Science will now be looking for funding and publishers to work with.

“My personal estimate is that this game is still at least two years out,” Ahmad said. “It is still far from completion and the aim now is to perfect what they have been able to showcase across a full length game that is worth the asking price.”

However, the timing of the demo release was good for Game Science as both Microsoft and Sony are on the lookout for high-quality, exclusive titles to bolster sales for their next-generation consoles. – South China Morning Post 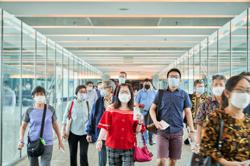