SOS button, phone or smartwatch? How to pick an emergency call system

An emergency call system gives older people a feeling of security when they live alone. — Ressel/ASB/dpa

When an elderly person living alone falls in the bathroom, climbing back up and getting help is often out of the question. Emergency call systems can help. But is a necklace with an emergency button on it the best option? Or is a simple phone or smart speaker enough?

Many older people live alone in their homes and ideally, they would like to stay there as long as they can, even if they are vulnerable to accidents.

If an emergency arises, every minute counts, however. "Emergency calling systems have a whole new level of importance for people living alone, compared to if other family members are in the house," says Frank Leyhausen, spokesman for the German Senior Citizens' League.

Other key factors are the state of the person's health and their mobility, he says.

An emergency calling device can be very useful for anyone who is at risk of falling, or who has suffered a heart attack or stroke, Leyhausen says. The key thing is to make sure you pick the device best suited to the user.

The product is an alarm button that is worn like a pendant around the neck or on the wrist like a wristwatch.

If an emergency arises, the wearer presses the button, triggering an alarm that is answered in a control centre. The responder talks to the caller then contacts a relative, nursing service or emergency services.

Services like these often come with a monthly fee, however.

Other private providers sell wristbands based on mobile communications that can also be used outside the home. These have shown clear disadvantages in tests, however, with much work needed on technical implementation and voice quality.

You can also set up similar alarms using mobile phones shaped to senior citizens' needs. A relative's number or a rescue or care service can be assigned to an emergency call button that users can easily press. Some mobile phones come with a button that an elderly person can push to trigger an emergency call to a relative or a healthcare service. — Florian Schuh/dpa

The phone's loudspeaker will turn on, so the injured person also won't need to hold the phone up to their ear.

Smartwatches like the Apple Watch are also promising in this area, and some are fitted with a sensor that can detect when a person has fallen and isn't moving. If the person hasn't responded in a certain time, the watch will make an emergency call.

Smart loudspeakers are yet another option. These react to spoken commands and can help older people who may have physical handicaps. "They also open blinds or turn on the light with just a voice command," Schuldt says. 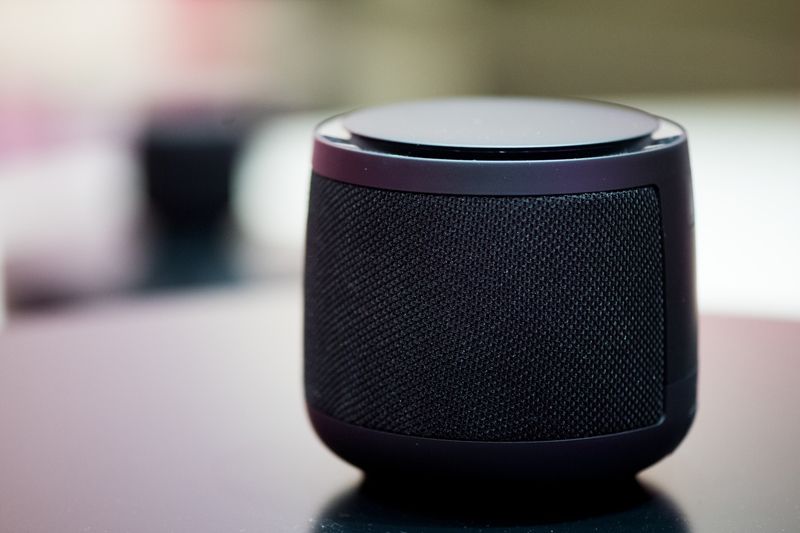 The ability of smart home speakers to help elderly people living alone has emerged as a major advantage. — Franziska Gabbert/dpa

Apps for emergencies are now also available and can be installed for Amazon Alexa or Google Assistant. These make an emergency call in response to a voice command that is set in advance, mostly to predefined contacts.

Smart speakers come with the added benefit that they can offer music, radio and information to elderly people without them needing to understand complicated smartphone interfaces or apps. However you'll need to consider whether installing a smart speaker in every room of the home is practical. – dpa