The new self-service ad platform, which lets companies purchase ads without needing to speak with a sales team, is key to TikTok’s ability to turn its red hot short video sharing app into a viable advertising business. — Bloomberg

TikTok’s launch on July 8 of a new platform to court small business advertisers is fraught with challenges, especially after the Trump administration’s threat this week to impose a ban on China-based social media apps.

The new self-service ad platform, which lets companies purchase ads without needing to speak with a sales team, is key to TikTok’s ability to turn its red hot short video sharing app into a viable advertising business.

But the possible ban floated by US Secretary of State Mike Pompeo late on Monday, and new questions about the Chinese-owned company’s ability to control hate speech and misinformation, cloud the launch, ad buyers said.

“The trust issues are there because it’s a new app,” said an executive at a major ad agency, adding TikTok needs to make clear to advertisers what it will do “if the chance is more than zero” that ads could show up next to harmful content.

The launch coincides with an international backlash against hate speech and misinformation that has proliferated on other services including Facebook Inc and Twitter Inc, prompting an unprecedented advertising boycott of some of these social media platforms.

In recent months, the debunked “PizzaGate” conspiracy theory about a child sex ring run out of a Washington pizza parlor by Democratic elites resurfaced on TikTok for a new generation of users, the New York Times reported.

TikTok said it is committed to protecting brands from appearing next to objectionable content through content moderation technology and human moderators. It also said it has never provided user data to the Chinese government and would not do so if asked, when asked about Pompeo's statements.

These issues, along with confusion over TikTok’s benefit for smaller advertisers will need to be resolved if TikTok wants to attract more advertisers, ad agency executives said.

Wednesday’s global launch of the self-serve ad platform, which had previously been in beta testing, will include a music library and video-editing tools to help brands make ads that match the style of TikTok videos.

The app said it will also provide US$100mil (RM426.60mil) in free ad credits globally, which small businesses can apply for as they have been particularly hard-hit by the coronavirus pandemic.

“Our users want to identify with brands, and people identify with their local businesses and local restaurants,” said Blake Chandlee, TikTok’s vice president of global business solutions, in an interview with Reuters.

Beijing-based ByteDance, TikTok’s owner, booked US$5.6bil (RM23.88bil) in revenue during its first quarter, with the bulk coming from ads sold on the China-based version of TikTok called Douyin rather than TikTok itself, Reuters reported previously.

TikTok will also face stiff competition from other rivals that appeal to younger audiences such as Snapchat, which has also appealed to small businesses with “direct response" ads that are favoured by smaller companies.

Local and smaller businesses favour direct response advertising that encourage sales or website visits. These types of ads can be difficult for social media platforms to develop, said Darren D’Altorio, head of social media at ad agency Wpromote, which counts Instacart and Samsung as clients.

“I don’t think TikTok is there yet with respect to direct response,” he said.

Snapchat shares surged 9% on Tuesday, long after news of the potential US ban on Chinese apps broke. – Reuters 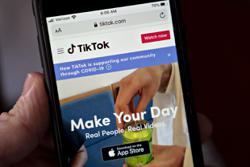 Microsoft could be ‘white knight’ for TikTok – or fall flat 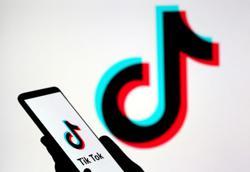 TikTok takes steps to curb misinformation ahead of U.S. election 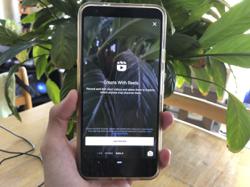