Johnson, who was present on the Zoom meeting, said Facebook’s executives only delivered cheap talk, filled with little commitment to new rules or actions that would curb racism and misinformation. — AP

Facebook keeps telling critics that it is doing everything it can to rid its service of hate, abuse and misinformation. And the company’s detractors keep not buying it.

On July 7, CEO Mark Zuckerberg and chief operating officer Sheryl Sandberg met with a group of civil rights leaders, including the organisers of a growing advertising boycott over hate speech on Facebook. One of those leaders, NAACP president Derrick Johnson, said Facebook’s executives offered little but cheap talk that skirted major commitments to new rules or actions that would curb racism and misinformation on its platform.

The NAACP was one of several groups that sent Facebook a list of 10 demands for policy change. Those included hiring a civil rights executive; banning private groups that promote white supremacy, vaccine misinformation or violent conspiracy theories; and ending an exemption that allows politicians to post voting misinformation.

Such calls have the support of big-name companies like Coca-Cola and Unilever who have yanked their Facebook ads in recent days. But nothing concrete will change for Facebook’s 2.6 billion users.

In a statement following the meeting, Facebook largely reiterated its existing policies against voter and census interference, also noting the white supremacist groups it has banned and other recent changes.

"This meeting was an opportunity for us to hear from the campaign organisers and reaffirm our commitment to combating hate on our platform,” the statement read. "We know we will be judged by our actions not by our words and are grateful to these groups and many others for their continued engagement.”

Facebook did agree to install a civil rights vice president, but didn’t say how long that would take, Jessica J. González – the co-CEO of Free Press, a group behind the boycott – told The Associated Press.

US president Donald Trump frequently skirts Facebook’s posting rules, yet faces no consequences, dismaying both civil rights leaders and some of Facebook’s own employees. The president made several misleading claims about mail-in-voting in May and June posts, including one that pushed a far-fetched theory that foreign countries plan to print millions of bogus ballots. Trump also used the platform to threaten violence against racial injustice protesters in Minneapolis when he wrote "when the looting starts, the shooting starts” in a May post.

The posts have gone unchecked on Facebook. Twitter, meanwhile, has fact checked, removed or obscured some of Trump’s controversial tweets.

"When a politician, no matter who that politician is, when he makes a post that says ‘shoot the looters’, it is not only racially insensitive, it could incite violence across the country," Johnson said.

Last month, Facebook announced it would begin labeling rule-breaking posts – even from politicians – going forward. But it is not clear if Trump’s previous controversial posts would have gotten the label.

On July 8, Facebook will release the final results of its own "civil rights audit” of its US practices.

The audit was led by former American Civil Liberties Union executive Laura Murphy, who was hired by Facebook in May 2018 to assess its performance on vital social issues.

More than 900 companies have joined the ad boycott, which runs through the end of July, although some companies plan to withhold their ad dollars for longer.

In a Facebook post Tuesday, Sandberg emphasised what she called the company’s years of effort to "minimise the presence of hate” on Facebook and the billions of dollars it has spent "to find and remove hate – as well as protect the integrity of our platform more generally”.

Facebook’s inaction will only encourage companies to continue their boycott of advertising on the site for longer, said Jonathan Greenblatt, CEO of the Anti-Defamation League.

"The list is growing every day,” Greenblatt said of companies joining the boycott. "It’s unfortunate to go back to them and say we haven’t seen the progress we expected.” – AP 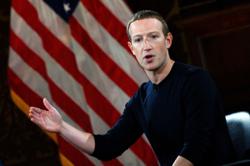 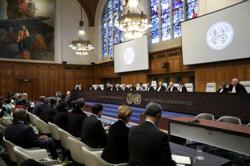 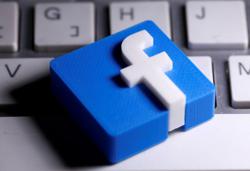