Ideally your router should be centrally located in your home, but this is usually not the case. — 123rf.com

The WiFi router that comes with your Internet service may not be up to the task of covering all the corners of your house. Almost every house has dead spots where the WiFi signal (and Internet speed) slows to a crawl or is lost all together.

Depending on placement, walls and doors can cut way down on the signal strength as you move away from your WiFi router.

Your router should be centrally located in your home, but this is usually not the case.

If your router is in a cabinet or closet or at the far end of the house, try moving it higher (don't leave it on the floor) and out in the open – every door and wall between the router and your devices slows things down.

If you're using the WiFi router that's built into your broadband modem, you'll almost always be better off using a separate WiFi router (perhaps with an extender) or even a mesh WiFi system that uses multiple access points placed in different areas of your home.

You pay for your broadband Internet based on how fast the data connection is to your house. And you'll never be able to get speeds faster than the service level you are paying for.

If you have multiple people in your house streaming video or gaming, it can really be taxing on a slow Internet plan.

But if your Internet service is fast enough for your needs, a likely reason for slowdowns is weak WiFi coverage. You probably know the places in your house (or in your garden) where the signal drops off.

Can a cheap (or not so cheap) WiFi extender help? Perhaps.

A WiFi extender is a small box that plugs into the wall and wirelessly extends the Internet to a specific area of your house.

You'll get better results if you use an extender that's the same brand as your existing router.

Cheaper models can extend your WiFi to the far corners of your house, but they can't transmit and receive at the same time. They just relay the signals back to your router, which will slow things down.

So, extenders work, but in a pretty limited area and at the price of reduced speed.

But reduced speed is better than no coverage.

The better extenders have multi-band radios and can use different radio frequencies to transmit and receive at the same time, which is better but still not ideal.

If your house is large, you should consider a mesh WiFi system like the ones offered by Eero, Google, Netgear or Linksys. There are other brands as well.

These use a base router and one or two (or more) satellite routers that are placed throughout your home.

You might place one on a different floor. The mesh routers all talk to each other, and some use different radio frequencies to route traffic to keep speeds high throughout your house. I'm currently using the Eero Pro system with one router and two satellites, and I'm very happy with the coverage. – The Dallas Morning News/Tribune News Service 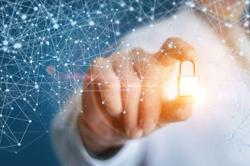 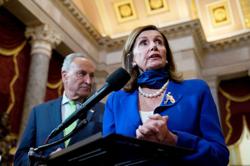