Playing piano on your iPad: The apps that turn tablets into instruments

The range of apps for making music is increasingly diverse and many of these can be counted as full-blown instruments. — Catherine Waibel/dpa

Smartphones can do anything these days – they can even help you make music. “The number of apps for music is very extensive, ” IT expert Benjamin Lucks says.

Roughly speaking, there are three types of apps when it comes to making your own music, according to the expert: Apps which support you while playing an instrument. Apps that provide further musical education. And finally, apps that turn the smartphone or tablet itself into an instrument.

The first category includes tuner and metronome. "For laypeople and professionals, the apps are perfectly adequate in most areas of application," music educator Florian Werner from the University of Erlangen-Nuremberg in Germany says.

Some metronome apps, such as the fee-based application Tonal Energy, are particularly versatile and have practical functions such as automatic tempo increase, voice output for counting times or feedback features.

The free iOS app Tonic, on the other hand, teaches you different chords on the piano thanks to Augmented Reality. “You have to hold the smartphone above the piano and then the app shows chords, ” Werner explains.

If you are looking to learn about cadence harmonics, the free iPad app Tin Pan Rhythm is a great starting point. Music learning apps such as SimplyPiano and Yousician listen while you are playing and give feedback. 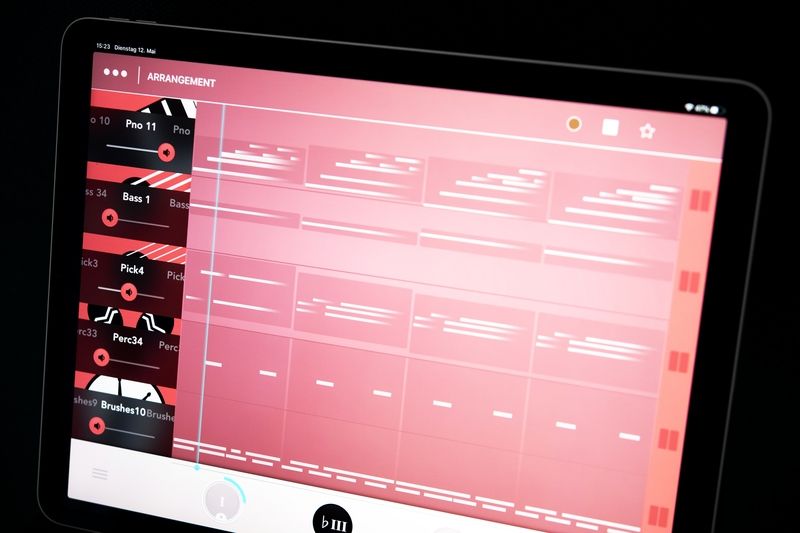 Those willing to learn can play around with cadences in the free iPad app Tin Pan Rythm. — Catherine Waibel/dpa

But apps can also be used to properly make music. Werner leads an iPad ensemble at his university: Instead of playing piano, violin or drums, the members of the ensemble play on tablets. Werner recommends the free iOS app Playground to beginners. The iOS app Keezy, which is also free, is also particularly suitable for beginners.

Werner mainly works with iOS apps, because they have better latency: “The time between activation and output is too long on Android apps, ” making them unsuitable for playing in a group, he says.

Music apps are not a substitute for conventional instruments, but should be seen as independent instruments, Matthias Krebs from the App Music Research Unit at the Berlin University of the Arts says.

Just like conventional instruments, music apps require a lot of practice if you want to achieve something. However, many app users find the start very easy.

Apps can also be combined, like the fee-based iOS applications AUM and Audiobus which can be used in combination with various Audio Unit apps. Meanwhile some big companies like Korg and Yamaha also publish their synthesizers as apps.

When it comes to app music, tablets are more suitable than smartphones. Beginners don’t necessarily have to spend money as some apps are completely free or offer a free test version.

However, the fading in of advertisements in free versions can be annoying while making music. "Anyone who wants to incorporate the smartphone as an integral part of their musical work should invest a little money," IT expert Lucks advises. 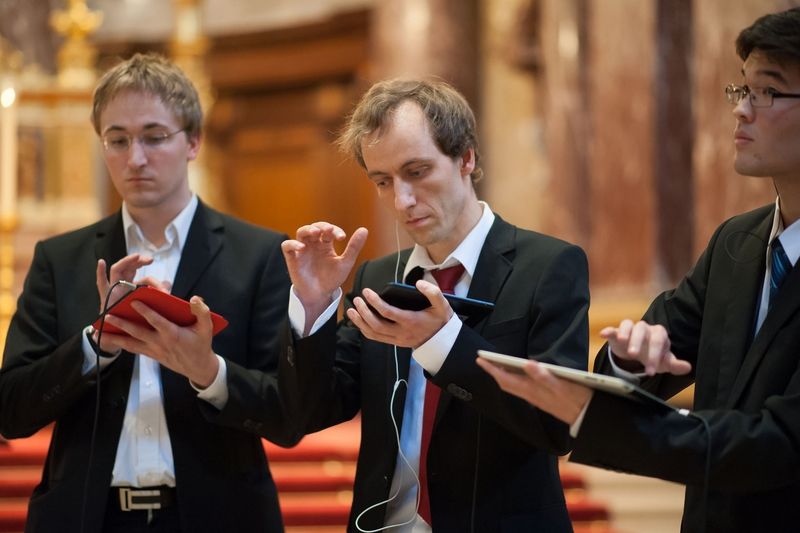 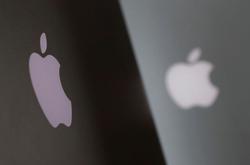