Parents are stretched so thin and asked to do so much right now, says MacDonald. — TNS

Under the pandemic, US law enforcement has seen a surge in reports of sexual crimes against minors online, driven by quarantined kids – and predators – spending more time in front of screens.

In March and April, the Minnesota Bureau of Criminal Apprehension in the United States has counted more than 1,000 complaints involving child pornography or other forms of cyber exploitation of children, a 30% increase from the same time last year.

“It’s very unusual to see such a large jump,” said Drew Evans, superintendent of the Bureau of Criminal Apprehension, the agency that operates the Internet Crimes Against Children investigative unit.

The rise in Minnesota is only one piece of a pattern of opportunistic predators using quarantine conditions to exploit children around the country.

The National Center of Missing and Exploited Children, which serves as a clearing house for these incidents, recorded more than six million tips in March and April – triple what it counted in the same period in 2019.

“That’s probably the largest number of reports in a two-month period that we’ve ever received,” said John Shehan, vice president of the centre’s Exploited Children Division. Shehan said child predators on the dark web are candidly discussing their intentions to exploit the stay-at-home orders.

The type of incidents being reported run the gamut, with a majority being forms of child pornography, said Shehan.

A significant contributor to the rise under quarantine has come from graphic videos of child abuse going viral on social media sites, he said.

In some cases, people are sharing these videos out of outrage, some with the intention to help identify the victims through crowdsourcing, instead of reporting them to the website’s administrators or law enforcement.

“What they don’t realise is they’re breaking the law,” Shehan said. “It’s illegal to be posting or re-sharing child sexual abuse content in the US.”

In other instances, hackers are breaking into online videoconferences and sharing graphic images and child pornography. Such was the case in a Minneapolis neighbourhood meeting on May 7.

Another large portion of tips is for incidents of “sextortion”, the umbrella term for a range of crimes involving enticement and coercion of children online, usually on social media.

In a typical case, an adult may pose as a teenager and manipulate a young person online to send them lewd photos. Then the predator threatens to send the photos to the victim’s friends, parents or teachers unless they get what they want, which is usually more photos or, in some cases, sexual favours.

Even before the pandemic, federal prosecutors in Minnesota said they were struggling to keep up with an alarming rise in sextortion crimes. Quarantine has exacerbated the problem.

Kids are spending more time online, both for entertainment and distance learning. They are bored, leading to riskier behaviours. Being away from school means fewer avenues of reporting problematic interactions.

And parents are facing more distractions as they adapt to new roles at home as teachers, chefs and full-time caretakers.

“Parents are stretched so thin and asked to do so much right now,” said Minnesota US Attorney Erica MacDonald. “It just leads to a very target-rich environment for kids to be preyed upon.”

MacDonald said parents should engage in frank conversations with their kids about internet safety.

She recommended parents monitor their kids’ online profiles to see what they’re posting, set privacy settings for video games and consider not letting kids take devices to bed at night.

“Kids are so sophisticated these days,” said MacDonald. 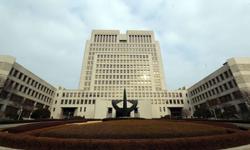