Loon teams with US telco to provide Internet in disasters

SAN FRANCISCO: A unit of Google-parent Alphabet devoted to delivering wireless Internet from high-flying balloons has teamed with US telecom giant AT&T to provide service to places hit by disasters.

Loon on Tuesday announced a partnership to tap into the AT&T infrastructure to keep third-party mobile telecommunications services running in the aftermath of earthquakes, hurricanes or other devastating events.

"Preparing the necessary elements of a Loon deployment for the possibility of a disaster anywhere in the world is a tall order," Loon chief executive Alastair Westgarth said in a blog post.

"We're taking a big step toward that goal with a global collaboration alongside AT&T that will put us in a position to respond more quickly and effectively to disasters worldwide."

Loon worked with AT&T to provide Internet in Puerto Rico after it was hit by Hurricane Maria in 2017.

Loon was able to meet the need itself in Peru after a major earthquake there last year and sees this as a blueprint for future missions.

"In a disaster scenario, this will save valuable time and enable Loon to simultaneously serve several, if not all, the mobile operators in a market," he said.

Third party mobile service providers will need to have relationships with AT&T that allows customers to use the network while "roaming”.

While the AT&T alliance makes providing service easier, Loon still needs permission from countries to fly its balloons in their air space, and to install equipment on the ground, according to Westgarth.

Loon in recent months secured approval to fly over Kenya, Uganda, Namibia, Democratic Republic of Congo, Chad, Malawi, and Lesotho, raising the total number of countries or regions to more than 50.

"And with hurricane season approaching in the Caribbean, we're working to strategically install ground stations in the region so we can reach more countries in a time of need," Westgarth said.

Alphabet two years ago spun Loon into an independent company.

Loon was part of an Alphabet "moonshot factory" known as X, creating projects with potential to disrupt new sectors.

Loon is building a network of balloons, traveling along the edge of space, to expand Internet connectivity to underserved areas and disaster zones. – AFP 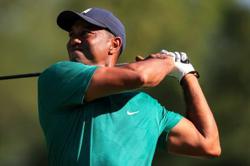