While Amazon Web Services, or AWS, and Microsoft are restructuring some large contracts on a case-by-case basis, according to people familiar with the decisions, smaller companies aren’t receiving the same flexibility. Half a dozen startup executives said recent appeals to these cloud companies have gone unanswered. — Bloomberg

By mid-March, John Lyotier’s travel software business Left Technologies Inc was cratering with the spread of the pandemic. Seeking to cut costs, he reached out to his office landlord, who offered rent relief. Then he contacted Amazon.com Inc, asking to “explore creative financing opportunities” for his monthly cloud-computing bill.

The response was succinct. “‘Nope, that’s the way it is’,” Lyotier recalled.

The ability to rent computing power online has revolutionised the Internet economy and turned a trio of companies — Amazon, Microsoft Corp and Alphabet Inc’s Google — into the indispensable utilities of the Web. The trio was expected to generate annual cloud revenue of more than US$60bil (RM262.20bil) — before greater demand from stay-at-home orders turned the cloud businesses into one of the bright spots in the collapsing US economy.

With the economic devastation of Covid-19, entrepreneurs like Lyotier feel the fate of their businesses rests on the benevolence of their cloud provider. While Amazon Web Services, or AWS, and Microsoft are restructuring some large contracts on a case-by-case basis, according to people familiar with the decisions, smaller companies aren’t receiving the same flexibility. Half a dozen startup executives said recent appeals to these cloud companies have gone unanswered.

While older technology providers, such as Cisco Systems Inc, are offering credits to customers, the major cloud companies haven’t made any public announcements about deferring or cutting bills for clients.

Cloud providers attracted so many companies over the past decade, in part, with the flexibility of the model. Businesses can start with a credit card, often on a pay-for-what-you-use basis, rather than pay for a back-room server or mainframe computer. Demand drops, and, typically, so does cloud usage and the bill.

But the sales strategy for the big cloud companies has been to ink long-term deals. Customers typically receive discounts on list prices in exchange for minimum spending thresholds. As of the end of December, AWS recorded US$29.8bil (RM130.22bil) it expected to post as future revenue as part of such contracts that run more than one year. Google told investors that at the end of 2019 it had US$11.4bil (RM49.81bil) in cloud sales it planned to book. Microsoft sells cloud services, as well as much of its on-premise software, via multiyear agreements.

Startups and other companies locked into these contracts feel particularity hurt. “Their revenues have sunk 50% or 60%, but their costs have remained static,” said Kim.

Regulated, traditional utilities have offered some relief. California state regulators, for example, prohibited utility providers from shutting off power for missed payments. When a California company asked Google for payment assistance, it was told the company could only suspend their account and reopen it 30 days later, according to an April 1 email viewed by Bloomberg News.

“We treat payment terms with our customers or partners as confidential and we’re not able to disclose details,” a Google Cloud spokesperson said in a statement.

An AWS spokesman said customers can turn off cloud services in a way that wouldn’t be possible with corporate-owned datacentres. The company published a blog earlier this month with tips on how to reduce AWS costs during the pandemic. “This is a very difficult time for some of our customers, and we are actively working across a number of dimensions to help them manage costs,” the spokesman said.

Microsoft has been postponing renewal dates on cloud contracts to give some large companies in industries, including oil and gas, consumer packaged goods and retail, time to evaluate the toll from Covid-19, said a person familiar with the agreements, who asked not to be identified discussing private talks. Over those three months, pricing will remain fixed.

Microsoft, like other vendors, generally increases the price when existing customers sign up for another multiyear contract. The company is cutting those markups in response to the pandemic. Microsoft also is giving some clients a discount on money owed for using more services than paid for upfront.

Before the pandemic, Google had been offering a year or 18 months of free productivity tools in an effort to capture Microsoft clients. Google has bolstered those efforts recently.

Microsoft declined to comment. Microsoft and Google have recently given some customers more time to pay bills, the Information reported earlier.

Economic data from some smaller enterprise firms gives a snapshot of the downturn’s impact on cloud computing. GloboTech Communications, a Montreal company that provides server and data management services, said about 7% of clients reported issues paying their April bill. Chief executive officer Pierre-Luc Quimper expects that number to increase and said the company has accommodated the vast majority with deferred or staggered payments. “The Internet is an infrastructure that’s become essential to our lives,” he said. “We’re not interested in putting companies out of business just because they’re not paying for a month.”

For several years, new tech businesses saw the cloud market as a bounty. In a rush to win customers, AWS and Microsoft’s Azure raced to give free usage credits to small companies on the theory that a few of these startups would explode and become big, reliable customers.

Lyotier recalled the boost that the AWS credits gave his business two years ago, turning him into a “fan boy” of the service. His US$19,000 (RM83,030) monthly AWS bill now exceeds his rent, while his coffers are shrinking. “The reality is, we’re a startup again,” he said.

Kris Hartvigsen, who runs Dooly, a sales software provider, thinks the cloud companies should change offers for new customers into “pandemic credits”. His provider, Google, hasn’t so far. He considered shifting to Microsoft’s Azure and accessing credits awarded for new customers, but said the engineering costs of moving systems were too high. 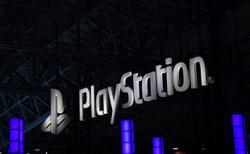