After a study found Covid-19 antibodies in the bloodstreams of both pet and stray cats in Wuhan, social media users were quick to suggest bloodthirsty ways to neutralise the ‘threat’. But scientists say there is no evidence to suggest the coronavirus can pass from cats to humans, and people should be more concerned about making their animals sick than vice versa. — SCMP

Experts from Hong Kong and Britain have urged cat owners and the public in general not to overreact to unverified scientific reports suggesting they might be at risk of contracting Covid-19 from their feline companions.

Dirk Pfeiffer, chair professor of One Health at Hong Kong City University’s School of Veterinary Medicine, made his appeal after Chinese social media users suggested the country’s stray cats be exterminated to eliminate the risk, as was the case with poultry infected with bird flu.

The radical solution was proposed after a study conducted in Wuhan – the central China city where the coronavirus was first identified – and published on Friday, found that almost 15% of cats, including family pets, strays and those living in shelters in the city, had antibodies against the pathogen in their blood.

A separate study, also released last week, appeared to show the possibility of inter-feline transmission of the coronavirus, after healthy cats that had been in proximity to infected ones were found to have contracted it.

Despite the bloodthirsty proposals made on Weibo – China’s Twitter-like platform – the teams behind both pieces of research said that there was no evidence to suggest the coronavirus had been transmitted from cats to humans.

There were also plenty of social media users who expressed their outrage at the suggestion that cats should be euthanised.

Pfeiffer stressed the need for people to realise that despite the reports’ apparent findings, neither had been peer-reviewed – the process of self-regulation by which scientists evaluate one another’s work – so they should not jump to conclusions.

“We need to urge cat owners not to interpret these results incorrectly,” he said.

Until the research had been peer-reviewed there were many questions still unanswered, he said. 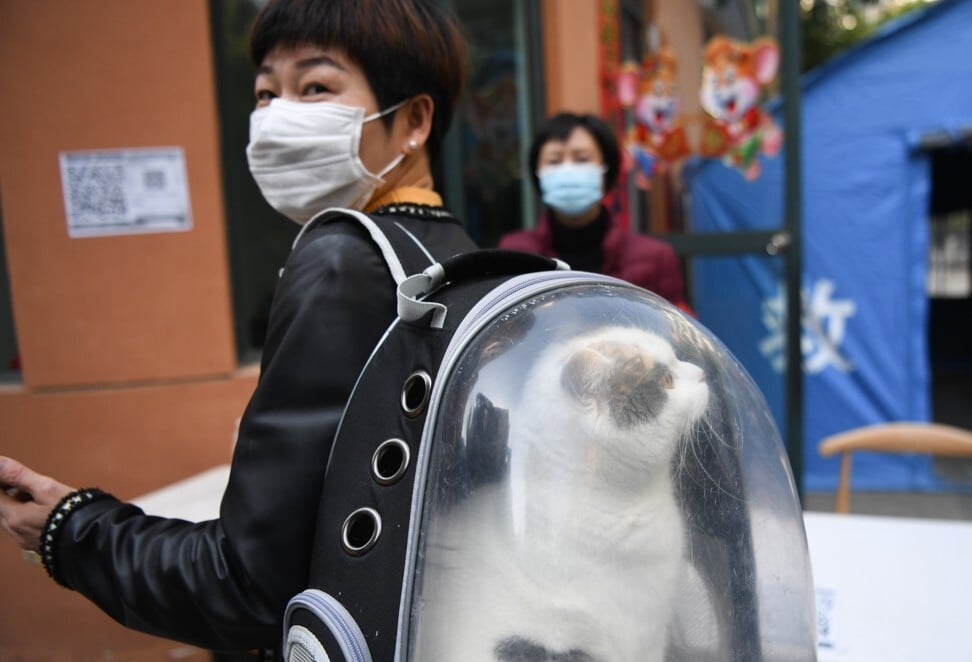 According to the Wuhan study, conducted by researchers from Huazhong Agricultural University and the Wuhan Institute of Virology, 15 out of 102 cats screened after the coronavirus outbreak in the city were found to have antibodies in their blood.

The report, which was published on Biorxiv.org – a site specifically for non-peer-reviewed research – was the first to suggest animals produced antibodies against SARS-CoV-2 – the formal name for the new coronavirus – under natural conditions.

It also found that three cats owned by people suffering from Covid-19 all had much higher concentrations of the antibodies than other test animals that lived on the street or in shelters.

Earlier reports from Belgium and Hong Kong also found evidence to suggest that pet cats might be at risk of catching the coronavirus from their owners.

Diana Bell, a professor of conservation biology at the University of East Anglia in England, called for closer scrutiny of the findings of the Wuhan research.

“We need evidence that there is a validated serological test for cats, as claimed to have been used in this study,” she said, adding that she had discussed the matter with Professor Andrew Cunningham, deputy director of science at the Zoological Society of London.

The Wuhan researchers called for immediate action to create “a suitable distance” between humans and their pets, including cats and dogs, and the enforcement of strict hygiene and quarantine measures to contain any infection.

But Bell said she was more worried about the threat posed to pets by their owners.

“My concern would be the possibility of transmission from infected human cat owners to their pet cats rather than vice versa, and I would recommend precautionary mask-wearing/handwashing to prevent such cross-infection,” she said.

“The take home message is that pet owners should always maintain good hygiene practices and under no circumstances should they abandon their pets. I repeat that we don’t want an overreaction.” — South China Morning Post