In light of the Covid-19 pandemic, Google will not be doing any April Fools’ Day gags tomorrow to avoid causing unnecessary confusion. — AFP

April Fools’ Day is cancelled tomorrow, at least for Google, as it chooses to stay serious in respect to the ongoing Covid-19 pandemic.

Business Insider reported this based on an internal email written to managers, instructing Google teams to skip its annual tradition of running gags across its various services.

“Take the year off from that tradition out of respect for all those fighting the Covid-19 pandemic. Our highest goal right now is to be helpful to people, so let’s save the jokes for next April, which will undoubtedly be a whole lot brighter than this one,” said Google chief marketing officer Lorraine Twohill in the memo.

While this could sound like an elaborate fake out, Google’s centralised marketing team had earlier decided to skip April Fools’ as well. The memo was a reminder for managers of smaller teams to also avoid April Fools’ Day pranks.

Twohill said the company may bring back its humorous tradition next year. 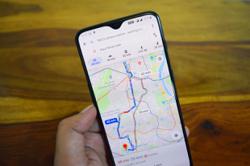