Samsung urges all employees to work from home ‘where possible’

The world’s largest maker of smartphones, displays and memory chips is stepping up control measures after infections rose in its home country of South Korea. — AP

Samsung Electronics Co "strongly advised” its employees to work from home in a memo on March 16, escalating its response to the coronavirus pandemic.

The document, reviewed by Bloomberg News, sets out the company’s wide-ranging efforts to curb the spread of the virus while minimising business disruption. Entrance to its facilities is now subject to a health screening, international travel has been restricted to only "mission-critical journeys” and there are Samsung task forces around the globe to track and implement the latest expert advice. The company has even sent care packages to some who are working from home or undergoing self-quarantine.

The memo was confirmed by a Samsung representative.

Samsung has had to suspend production at its Gumi factory in South Korea on three successive weekends due to discoveries of Covid-19 infections. The advice from the company is to work from home "where possible,” so it’s unlikely to be taken up by most workers involved in its manufacturing operations. Still, the company employs more than 300,000 people globally across 52 sales offices, 15 regional offices and dozens of research, design and development centers.

The world’s largest maker of smartphones, displays and memory chips is stepping up control measures after infections rose in its home country of South Korea. Apple Inc suppliers LG Display Co and LG Innotek Co briefly halted their production lines earlier this month after they reported infections. SK Hynix Inc found the first Covid-19 case in its Icheon chip-manufacturing complex on March 13, though that had no impact on production, according to a spokesperson.

Elsewhere in the tech industry, Apple, Alphabet Inc’s Google, Microsoft Corp and Facebook Inc have all cancelled plans for developer conferences that were set to take place in the coming months. Twitter Inc has made working from home mandatory for those able to keep going remotely. It will also keep paying hourly-wage workers through the period of disruption caused by the coronavirus outbreak, in a move that’s been echoed across Silicon Valley. – Bloomberg 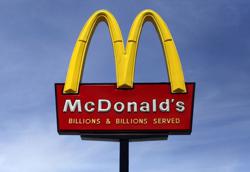