The Week That Was: Prioritising safety, online and offline

The Communications and Multimedia Ministry rolled out training programmes and more initiatives to address cyber threats as part of Safer Internet Day (SID) 2020.

In line with this year’s theme of Digital Fluency, the ministry and CyberSecurity Malaysia launched an outreach programme CyberSAFE (Cyber Security Awareness for Everyone), which aimed to educate Malaysian youths and school children on safe and responsible Internet habits. Meanwhile, Touch ‘n Go announced that its e-wallet has adopted the national QR standard DuitNow QR, going live with the system by July 2020.

Soon TNG e-wallet users will also be able to instantly transfer funds to other e-wallets or bank accounts by using DuitNow.

Payments Network Malaysia (PayNet), the company behind DuitNow QR, said this adds another e-wallet brand to its current ecosystem of 38 banks, e-wallets and non-bank acquirers. A model showing off two of the three new smartphones from Samsung's latest flagship S20 series at its launch in Kuala Lumpur. — SAM THAM/The Star

In another treat for tech fans, Samsung has launched its latest flagship smartphones, the Galaxy S20 series, which come in three variants: the S20, S20+ and S20 Ultra 5G.

While previous generations normally offered two variants, usually a standard size smartphone and slightly larger version, this generation has a third, the S20 Ultra 5G which has 5G compatibility.

Pre-order is available at Samsung e-stores and selected Samsung authorised partners including Maxis, Celcom and Digi.

The campaign runs until Feb 26 and the phone will be available from March onwards. For more info, check out the Samsung Galaxy S20 pre-order website. A customer wearing a protective mask while browsing goods inside a supermarket in Singapore. Singapore authorities urged residents to relax on their shopping sprees that have emptied supermarket shelves, saying supplies aren't under threat even as response efforts to battle the coronavirus outbreak have escalated. — Bloomberg

Meanwhile, a different kind of shopping craze was taking place in Singapore, as citizens emptied supermarket shelves and stocked up on essential supplies.

Singapore Prime Minister Lee Hsien Loong tried to calm the crowds in a Facebook post, saying there was no reason to panic or hoard items as there were ample supplies. 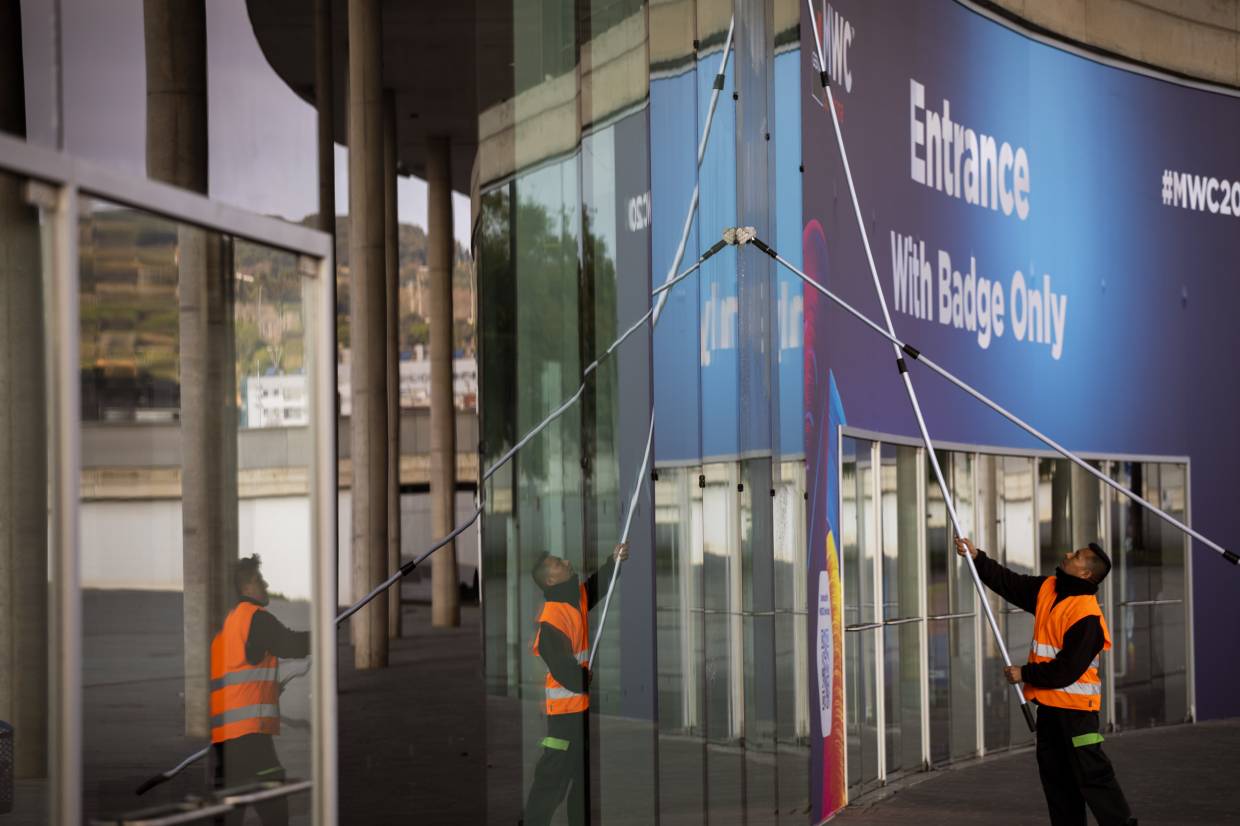 Even European conferences like Mobile World Congress (MWC) 2020 were not safe from the virus, as health and travel concerns forced its organisers GSMA to cancel the huge mobile technology event scheduled to run from Feb 24-27. — AP

Even European conferences like Mobile World Congress (MWC) 2020 were not safe from the virus, as health and travel concerns forced its organisers GSMA to cancel the huge mobile technology event scheduled to run from Feb 24-27.

The decision came about following the exodus of more than a dozen key exhibitors from MWC, as a report by Spanish newspaper La Vanguardia speculated that the absence of these companies could leave nearly 10% of the event space unfilled.

Hoffman said the host city, Barcelona, which stood to earn millions of euros in tourism income, respected GSMA’s decision and would continue working together for MWC 2021 and future editions.

The Week That Was MWC Cybersecurity Singapore Samsung Internet Technology

Barcelona has installed speed cameras for cyclists
PlantLife, the TikTok for plant-lovers
First ‘robotaxis’ enter service in Beijing
Xiaomi to open car plant in Beijing with annual output of 300,000 vehicles - Beijing govt
India tells public to shun Musk-backed Starlink until it gets licence
Not for the faint hearted: 'Happy Game' is anything but
El Salvador ‘Bought the Dip,’ Acquiring 100 More Bitcoin
Keeping people awake on Zoom: Ways to liven up a digital meeting
Facebook offers remedies to address EU concerns about Kustomer deal
Paris slows rented e-scooters to 10 km/h in urban areas