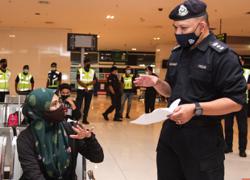 Those looking to catch a bus back home can now pay for their tickets using the Touch ‘n Go e-wallet at the Terminal Bersepadu Selatan (TBS) counters.

Transport Minister Anthony Loke Siew Fook who officiated the launch said cashless payment would be introduced at all public bus terminals nationwide but in stages as some don't have a centralised ticketing system (CTS).

In a Bernama report, Loke was quoted as saying that all stage bus operators that are being subsidised by the government will be required to implement a cashless ticket purchasing system that supports e-wallet.

Express bus companies, he added, will also be able to go cashless as some major bus terminals have already implemented the system. Currently, TBS and Terminal Amanjaya in Ipoh have facilities for cashless ticket purchases.

In a press release, Touch ‘n Go stated it would continue to expand its footprint and make its services available at more bus terminals.

The company has also partnered with Express Rail Link (ERL), which stops in TBS, to offer a 15% discount on tickets purchased from KLIA Express and Transit counters.

The promo ends on June 30 or when RM1mil worth of discount have been redeemed. 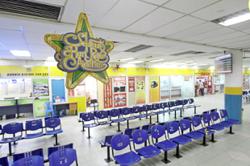 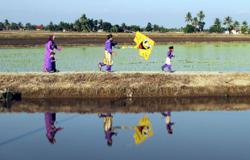