More than 250 million people have now registered to play Fortnite, and the game has brought in billions of dollars in revenue to the company, which now sports a valuation of US$15bil (RM61.6bil). — AFP

It would be hard to find a company that’s made more of an impact around the world in recent years than Epic Games.

More than 250 million people have now registered to play Fortnite, and the game has brought in billions of dollars in revenue to the company, which now sports a valuation of US$15bil (RM61.6bil).

That growth makes the company’s founder and CEO, Tim Sweeney, 49, one of the most influential business leaders in the country these days – and perhaps the world.

Yet, for most people, he remains an enigma. 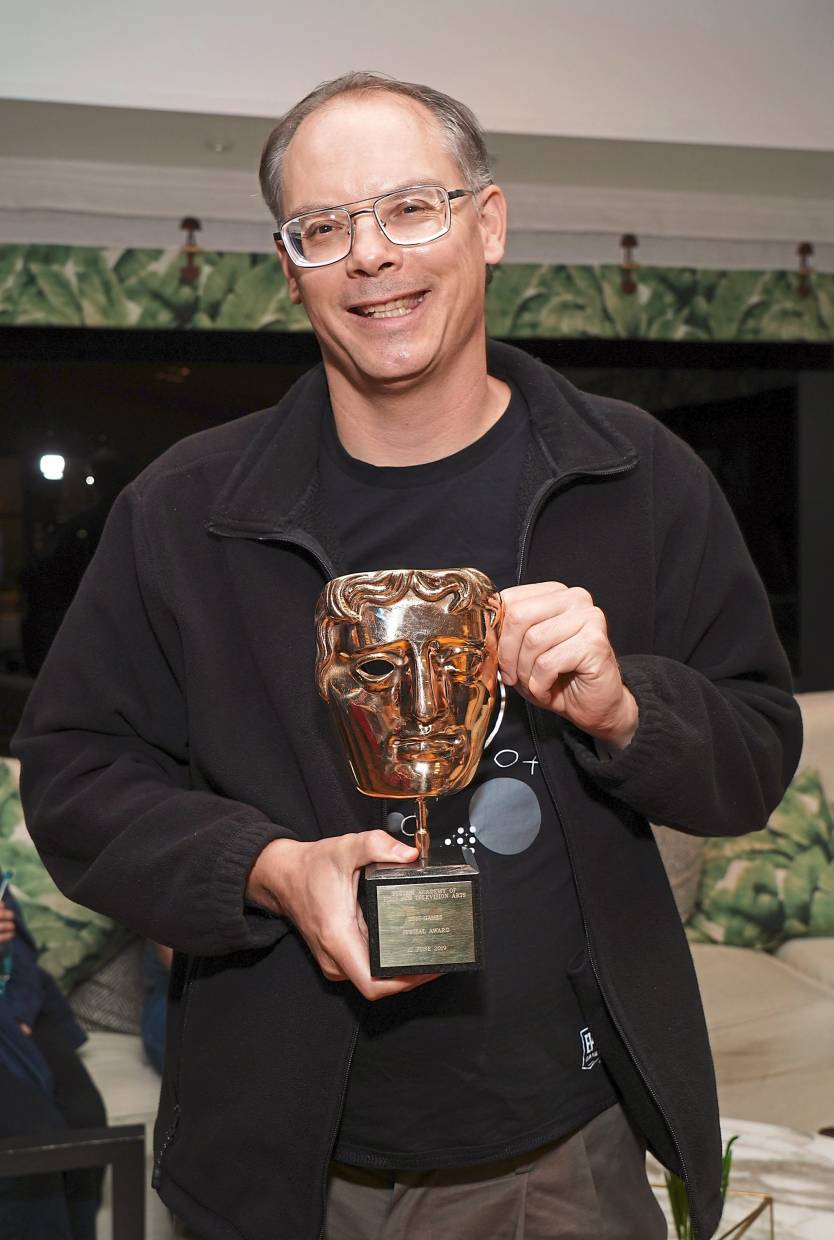 Both Sweeney and his company remain private most of the time. You could drive by the growing Epic Games corporate campus in the eastern part of Cary, not far from Crossroads Shopping Center, and not even realise it was there.

And, if you were to make it to the front desk, a stack of non-disclosure agreements would await your signature.

Sweeney, through his spokesperson at Epic, declined to be interviewed for this article. The most common place you’ll find his thinking is in his preferred medium of Twitter, where he calls out tech giants like Google for monopolistic tendencies and vows to protect free expression on Fortnite, even though a Chinese company owns a 40% stake in Epic.

Outside of Epic, where he works long hours, Sweeney’s interest seems to revolve around conservation.

Over the past decade, he has become one of North Carolina’s most prolific conservationists and largest private landowners. His personal fortune, valued at US$7.2bil (RM29.6bil), ranks him at No. 244 on the Bloomberg Billionaires Index of the world’s richest people.

He has put that personal fortune to work buying up tens of thousands of acres of forest land in North Carolina, all of which he plans to preserve.

“I’m single. Unmarried, no kids. So I lead a fairly simple life,” he told The Wall Street Journal in a rare interview last year.

In the same interview, he is described as a “youthful” man who maintains an informal presence at work. His office uniform is described as a T-shirt and cargo pants and he says his favourite food is Bojangles’ fried chicken.

In the infrequent times he is not working, he said, you’ll more than likely find him walking in the woods somewhere. “I love going off the trail and finding things that I think nobody’s ever seen before,” he said.

Founded in 1991, the story of Epic began in the basement of Sweeney’s parents’ home in the affluent DC suburb of Potomac, Maryland.

Then, at just the age of 20, having recently left the University of Maryland before graduating, his youthful passion for video games was turning into an actual business. He was eventually awarded his degree; the university said he didn’t receive it in 1993 because of a “technical issue”.

By then, he had already created one game, called ZZT, and was selling copies at a steady clip. He then started creating Unreal Engine, the software that is the backbone of his empire today.

It wasn’t until 1999 that Epic made it to the Triangle, as a small group of game developers who had just finished working on a project in the suburbs of Toronto. First they moved to Raleigh, then to Cary in 2005, where they built their office off Crossroads Boulevard.

The team had looked around the country for a landing spot, before eventually settling on the Triangle because of its cost of living.

You could buy a house here on a game developer’s salary, rather than be stuck in a one-bedroom apartment in California, Sweeney told the website Gamasutra in 2009.

It was an added bonus that you could easily make a drive to either the mountains or ocean, an important factor for nature-loving Sweeney.

By choosing Cary – at that point a backwater in the gaming industry – Epic found another benefit. It allowed the company to escape what Sweeney described to The Wall Street Journal as a “groupthink” among gaming companies in California, where the vast majority of developers are located.

Before it became the most popular game in the world, the development of Fortnite was a slow burn. The first version of the game was originally created in 2011, but it was different than the Fortnite of today. It was still very much a traditional game, built around a story plot.

Then Epic changed course and created the new pay model that dominates the gaming industry today. The company de-emphasised the plot and went all in on the battle-royale genre that was gaining in popularity.

It gave the game away for free and opened up its availability beyond consoles like Xbox or PlayStation, putting it on smartphones and tablets as well.

The company decided it would make money from selling upgrades around appearances and custom dance moves within the games, which young players went mad for.

Parents seemed happy to pay for upgrades because the kids were playing a shooting game that was cartoonish in design, rather than a bloody, realistic shooter. Constant upgrades to the game – and its virtual store – kept players coming back.

It became the lingua franca for school kids, who used the platform to talk to friends and show off customised characters and their gaming skills.

“Fortnite kind of transcends gaming in many ways,” Will Hershey of Roundhill Investments said last year. “It’s become a cultural phenomenon.... It sounds crazy, but they even hosted a virtual concert within the game, and 10 million people watched.”

Sweeney isn’t quick to take all the credit for the mostly positive attention Fortnite has attracted, telling The Wall Street Journal his employees designed and programmed the game, not himself. Whatever his role, however, Epic has grown leaps and bounds under his leadership.

More than just one game

And Epic is not just Fortnite, whose revenue has declined from a peak of US$372.2mil (RM1.53bil) in December 2018, according to Nielsen’s SuperData.

Nielsen put the game’s monthly revenue in September 2019 at under US$100mil (RM410mil), as more games seek to copy the in-game purchasing model Epic has perfected.

Other aspects of the company are growing, however, including the licensing of its Unreal Engine and a new store. In the Epic Games Store, developers can sell apps and games, a model not too dissimilar to platforms provided by Apple and Google, which Sweeney has called monopolies that charge developers too much for their services.

While Apple and Google both take a 30% cut from games sold on their platforms, the Epic Games store only takes 12%.Unreal Engine, the graphics software backing up the game, is now being used across a variety of industries, which find its ease of use and 3D renderings ideal for image rendering.

Movies, from the new era of Star Wars films to Mad Max: Fury Road, have used it to create scenes. Architects use it for building renderings. Car makers, like McLaren, use it to help design new models of cars, and brain surgeons have practiced surgery with it.

Epic gives Unreal Engine away for free as well, though upgraded versions cost money. The company brings in around US$200mil (RM820mil) per year through its licensing of the engine, but there is still a lot of room to grow that number, said Michael Pachter, an analyst at Wedbush Securities.

Ted Zoller, director of the entrepreneurship centre at UNC-Chapel Hill, said Sweeney has continually made choices that allow Epic to compete with the biggest companies in the world.

“This is a leader who has built an entire market place for gamers,” Zoller said. “He has built a community with Fortnite. He has built a platform with the Epic Games store and Unreal Engine that has made it a triple threat.”

“I think (US$15bil or RM61bil) is a realistic valuation, unlike what you see in Silicon Valley,” he said. “This company is producing cash – and lots of it.”

Not many companies can handle how explosive Epic’s growth has been, and the company has had its share of growing pains. It has received criticisms from some for the amount of hours workers put in to get a new version of Fortnite ready.

Its former president, Mike Capps, told the CED Tech Conference in 2018 that he left the company, in part, because the 70-hour work weeks weren’t compatible with his family life.

For its part, the company has been beefing up its headcount around the world to catch up, including in Cary, where it is making room for an additional 2,000 employees. The company also implemented two-week breaks in the summer and winter.

Sweeney’s passion for the wilderness was rooted in childhood memories in Southwest Virginia, he said in a 2014 interview with WNC Magazine.

There, his grandmother owned a farm, but later in her life, when her health began to decline, the family decided to sell the timber rights, and eventually the farm itself, to pay medical bills.

The loss of that small patch of land left a mark on him, leading to him making a goal to use his fortunes saving land from that same fate.

“Land conservation is the one unquestionably practical and cost-effective thing we can do to protect ecology and the future habitability of the planet,” Sweeney told the University of Maryland about his efforts. “You can spend US$100 (RM410) on land conservation, and less than US$5 (RM20.50) of it is lost to overhead.”

Sweeney has cobbled together around 50,000 acres (20,200 hectares) of wild forest land in North Carolina, stretching from the Triangle all the way to the Blue Ridge Mountains, according to Inside Philanthropy. He has saved pine forests near Pinehurst to nearly entire mountains in the western part of the state.

Often after he has bought land, he will transfer it to a conservation organisation, like he did near Mount Mitchell State Park, or place conservation designations on property, such as a 7,000-acre (2,800 hectares) tract of the Box Creek Wilderness.

In acquiring all of that land, Sweeney took advantage of having a growing net worth during the last recession that knocked out most of the real estate industry.

While large developers were failing to build subdivisions on massive tracts of forest land, Sweeney bought them out. With his vast holdings, he hopes to create biological corridors for rare and unstable plant and animal species.

Benj Edwards, a freelance journalist and tech historian, said he remembers asking Sweeney earlier this decade to help fund a group to preserve the Crabtree Jones house in Raleigh.

The land and house, which date back to the 18th century, was in peril because of an apartment development and eventually had to be moved to a different part of town.

“He said, ‘For US$8mil (RM32.8mil), I could buy about 4,000 acres (1,600 hectares) of land and millions of trees’,” Edwards recalled. “He gave me a lot of good pragmatic tips about conservation. At that time, his conservation efforts were secret.”

Sweeney, pragmatic in his approach, has chosen to invest in the long-term, not just for himself, but to ensure the state’s natural habitats remain undeveloped.

“When real estate collapsed, it was an opportunity to buy the best and most biodiverse natural areas,” he told the Asheville Citizen-Times in 2016, after securing the conservation easement to protect Box Creek Wilderness.

“The next time there’s a real estate boom,” he said, “we won’t be able to protect these lands.” – The News & Observer/Tribune News Service