China dreams of becoming an AI utopia, pushing beyond surveillance and into education and health care

China has had success with AI and surveillance, but when it comes to social issues such as education, health care and agriculture, there is still a ways to go. — SCMP

For China, the advent of artificial intelligence is meant to be the silver bullet that unlocks further economic growth and helps solve deep-rooted social problems, such as the uneven distribution of resources in education and health care.

The targets are ambitious – by 2025 China wants wide-scale adoption of AI in manufacturing, health care, education, agriculture and national defence, and is seeking to usurp the US as global leader in AI by 2030.

By some measures, China is already halfway there. Its population of 1.4 billion and high levels of urban density have allowed companies and the government to harvest huge treasure troves of data. This has helped spur development of some of the world's most valuable AI startups, such as Beijing-based SenseTime and Megvii.

The two companies specialise in computer vision and facial recognition technology, with their valuations growing rapidly on the back of rising demand for improved public security, crime detection and smart city infrastructure.

“The purpose of AI ultimately is to capture human knowledge so that it can be reused,” said Andy Chun, adjunct professor at City University of Hong Kong and convenor of the AI Specialist Group of the Hong Kong Computer Society. “Everyone's working on the same thing, which is to spread out resources and make them more accessible.”

However, when it comes to social issues such as education, health care and agriculture, China has some way to go – even though the application of AI in these areas is less controversial than it is in public surveillance.

China has lifted more than 850 million people out of poverty in the past four decades as it modernised its economy, but a Peking University study from 2016 showed that a third of China's wealth is held by the top 1% of Chinese households, while the poorest 25% accounted for just 1% of the country's wealth.

Over 564 million people, or 40% of the country’s population, still lived in rural areas as of 2018 and the government is turning to new technology such as AI to tackle many of the social problems affecting this demographic.

A host of companies like education-focused Liulishuo, online health care platform Ping An Good Doctor and e-commerce player JD.com are experimenting with AI to improve key social services, all of which are expected to be AI-enabled under China’s development road map.

The idea is that AI systems can learn to leverage massive amounts of data to help reduce inefficiencies in vital services, stepping in when human professionals are scarce and as China continues to cope with an expanding population and uneven distribution of resources.

In an ideal world, students in classrooms would be able to improve their learning with an AI tutor that tailors lessons for each student; those who are sick in rural areas would be able to access health care advice and medicine by visiting an unstaffed, AI-powered clinic; and small farmers could use AI tools to boost crop yields and improve their livelihoods.

Many argue that this “AI utopia” is still very much a work in progress, though. 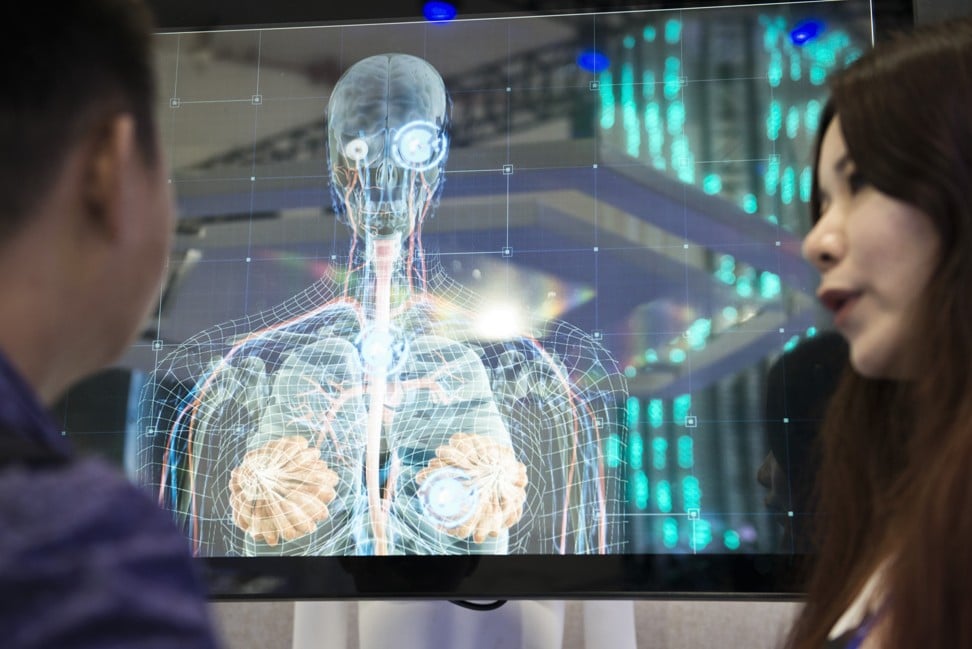 “These new AI technologies are obviously more concentrated in the developed regions and in the short term, the gap between urban and rural areas will become more apparent,” said Song Qinghui, chief economist for Shenzhen-based Qinghui Research.

“To solve the gap ... the most effective answer is to magnify the ‘public welfare’ and ‘inclusiveness’ of AI technology and promote them vigorously.”

In China, about 8% of Chinese hospitals – the ones with the most resources – handled over half of the country’s outpatient visits in 2016. And in the countryside, only a third of teachers in elementary schools had university degrees, compared with two-thirds of teachers in urban areas.

In rural areas, where farmers grow crops mostly for self-sustenance and to eke out a basic living, implementing expensive technologies such as AI can be virtually impossible. Many of the companies looking to push AI innovations are private and need to turn a profit. As such, they tend to target customers who have the resources to pay for their services.

Similarly, students who sign up for an AI tutor to supplement daily classes tend to be those with parents who can afford the service, as opposed to youngsters who come from poorer areas. As such, the fear is that China’s AI push could help to widen a digital divide between the “haves” and “have-nots”.

“I believe there is a severe digital divide in China between urban city dwellers and rural citizens, as well as between those with higher and lower income levels. AI adoption, particularly for education, health and medical, will be limited for those with little or no access to internet services,” said Chun.

“One strategy, in the short term, is to have shared digital and internet resources in rural village or community centres and provide some basic training to volunteers on how to access AI-based services.”

Some AI practitioners believe that AI can be made to work for the masses, though.

Liulishuo, a Shanghai-based education app that uses AI to teach English, as well as Squirrel AI, are two Chinese firms that have created AI programs to help with adaptive learning.

Liulishuo is a mobile-based teaching solution for adults and students alike, allowing users to do exercises and even practice their pronunciation.

“A mobile-based AI teacher solution is the most economically efficient [compared to one-on-one tutoring], because the marginal cost is almost zero,” said Wang Yi, chief executive and founder of LAIX, which operates Liulishuo.

Essentially, once the product has been developed, it can be applied at scale to hundreds of thousands of students without additional cost, allowing students in rural areas to learn English even if there is an insufficient supply of English teachers there.

“The R&D costs for developing cutting-edge AI teacher solutions are expensive, but that’s why companies like Liulishuo are well-positioned because we are based in China, which is the single largest market in the world,” he said. “We are not trying to make a huge amount of money from a small number of customers, we want to make some money from a huge number of customers.” 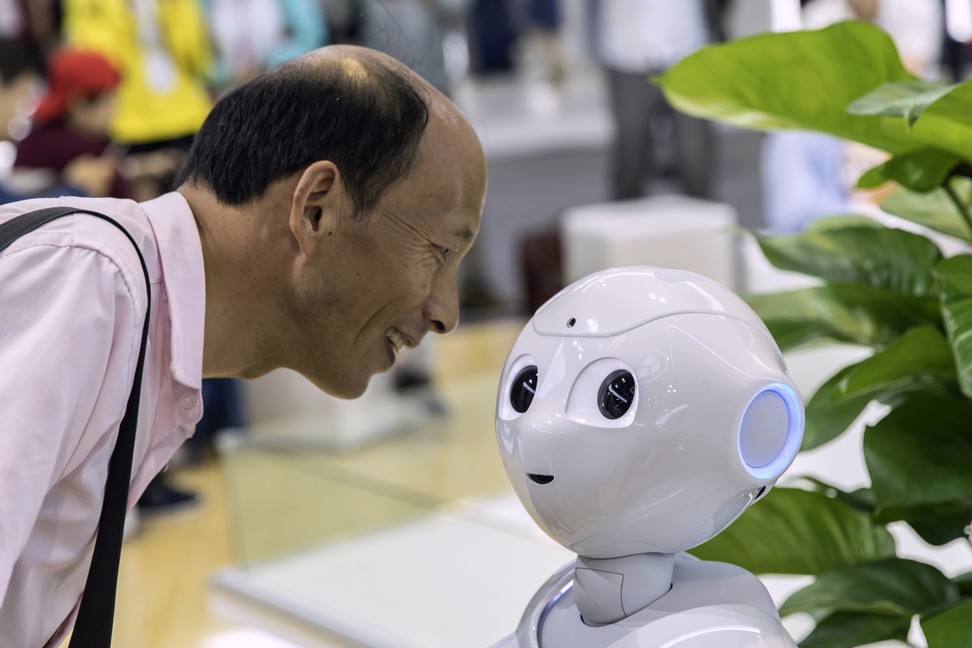 Ubiquitous mobile Internet access has helped a great deal, but government support is also key to guiding private sector resources to where they are needed, says Wang.

Derek Li, founder and chairman of Squirrel AI, cites the government’s 2018 “Educational Informatisation 2.0” plan as a positive step towards modernising education in China, as it encourages applying IT to education and using big data to support decision-making.

Subsidies have not been rolled out on a nationwide basis, though, and schools are often the ones who decide what to spend their budgets on, Li said. Squirrel AI currently makes its adaptive learning software available for free to students or schools in impoverished areas.

“The most important thing is to educate teachers and schools about the benefits of using AI,” said Li. “AI won’t replace teachers’ jobs entirely, it is there to supplement, but teachers who do not adapt will eventually become obsolete.”

A human doctor can then be connected real-time to provide the relevant diagnosis and prescriptions online. The idea is to help patients cut down on hospital visits for things like the common cold, which can be easily and quickly diagnosed.

Apart from the booths that are mostly located at major cities with higher user traffic, the “AI Doctor” system has helped train over 7,000 village doctors in Guangxi, Jiangxi, Tibet and elsewhere, and functioned as an assisting tool in standardising medical information and processes, according to the company.

“China is still exploring how online health care can fit into the public medical insurance system, and the relevant policies have been issued,” said Bai.

“Many believe it is only a matter of time before [this happens] ... when Chinese people who seek medical care online will also be able to claim their health expenses.”

With many rural areas not yet commercially attractive, government support is key to attracting private sector technology and investment. 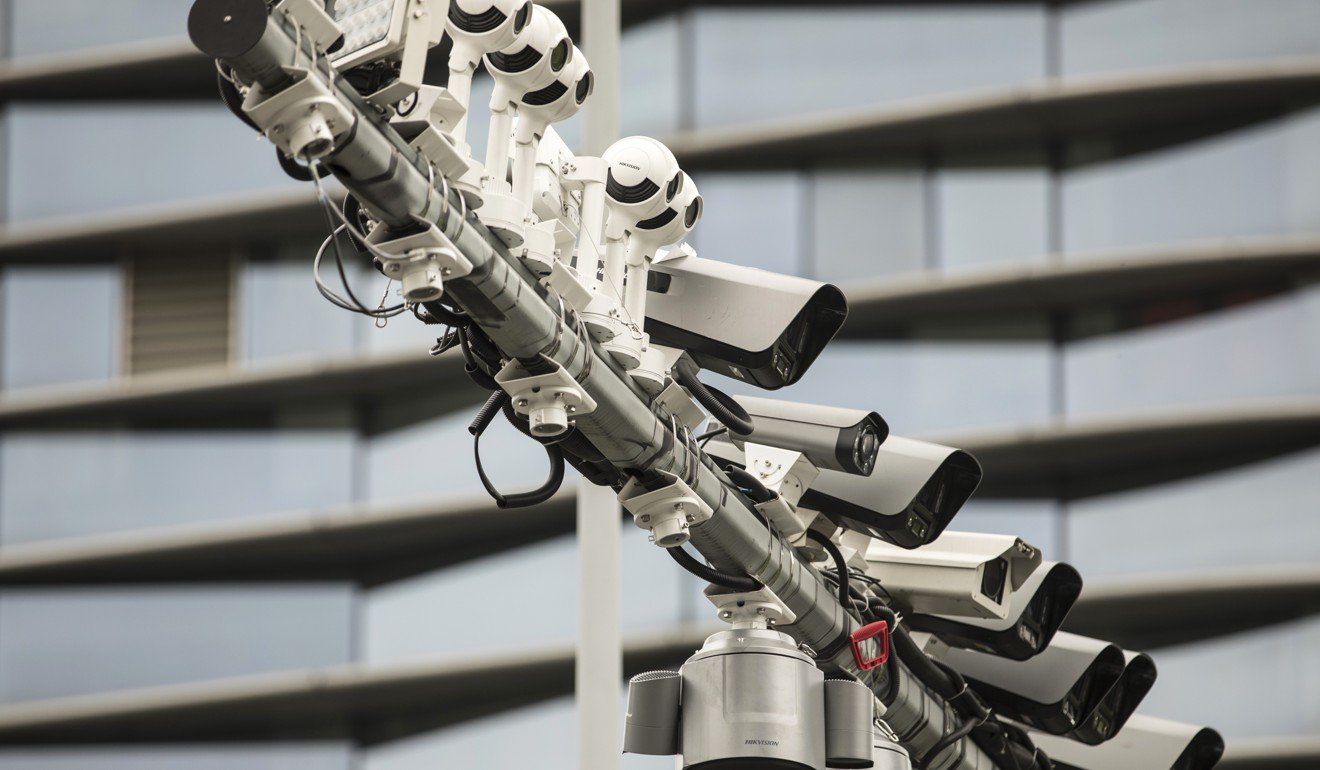 “As China continues to increase investment to support health and poverty alleviation ... local governments have approached us actively, hoping to bring our technology and service to these areas,” said Bai, adding that the government will only boost investment in rural areas in future.

It is generally accepted that natural conditions for agriculture are better in the US than in China – so new technology can provide a vital helping hand.

The population of agricultural producers in China is about 75 times larger than the US but China has less than half the arable land available for farming. A typical Iowa farm of 120-160 hectares (300-400 acres) is equivalent to the total farmland for a 200-household village in China.

But technology is often a hard sell for smaller farmers in rural areas who are sensitive to the costs that come with installing sensors and operating new systems.

“Without a strong reason, they [farmers] won’t install technology systems that cost a fortune,” said Min Wanli, chief executive of North Summit Capital, and the former vice-president of Alibaba Cloud who was involved in dozens of AI projects in traditional industries in China.

As such, AI companies typically target big agriculture firms that have the will and resources to transform the way their businesses operate.

However, some smaller farms can benefit via government-organised agricultural co-operatives, says Li Jialong, deputy general manager of JD Farm. In these organisations, JD offers software, hardware and relevant training, while the co-operatives manage the daily operations and farmers work to benefit from the income the group generates.

“Farmers in our country are relatively vulnerable groups. It’s basically impossible to get money out of their pockets,” Li said. “We are not racking our brains to think about how to let farmers accept new technology, but we are creating a new cooperation model in accordance with national policies.”

Back in health care, ophthalmologist Lin Haotian and Shanghai-based startup VoxelCloud are both working to make an AI eye test for infants available in all community clinics and even families.

After 10 years of research, Lin, professor of Zhongshan Ophthalmic Centre at Sun Yat-sen University in Guangzhou, has for the first time used deep-learning algorithms to spot visual impairment by analysing a short video clip of an infant’s face.

Efforts to put the AI tech on an app so that it can be rolled more widely are still in their early stages.

“[This kind of medical technology] typically begins in the best hospitals and later works as a model for the smaller ones,” said Xiaowei Ding, founder and chief executive of VoxelCloud, adding that it is important for the government to support rural health care initiatives.

“When the demand from rural patients rises, major hospitals will turn to technology to come up with solutions for this group,” Ding said. – South China Morning Post