After 15 year career with tech giants like IBM and Alibaba, this gifted farm boy is bringing AI back to China

Min, 41, was born into a farmer’s family in Jinzhai County in eastern China’s Anhui province, and spent his childhood growing up in an area known as 'the cradle of the generals', where 59 of the country’s famous wartime generals were born. — SCMP

After a career with some of the world’s leading tech companies, including eight years at IBM in New York and Singapore, a stint with Google in Silicon Valley, and two years with Alibaba Group in Hangzhou, China, Min Wanli decided to go back to his roots.

In June he resigned as vice-president of Alibaba Cloud to start an investment firm specialising in artificial intelligence (AI) solutions for China's traditional industries, including agriculture.

Min, 41, was born into a farmer’s family in Jinzhai County in eastern China’s Anhui province, and spent his childhood growing up in an area known as “the cradle of the generals”, where 59 of the country’s famous wartime generals were born.

Min’s mother was illiterate and his father dropped out of school after junior high school, a consequence of the decade-long Cultural Revolution instigated by chairman Mao Zedong, when millions of Chinese were deprived of the right to education and society unravelled amid the political and social upheaval from 1966 to 1976.

Born in 1978, Min avoided the chaos and soon showed great talent and interest in mathematics. In fact, he was considered very bright as a boy and only studied three years in primary school before entering secondary school.

“Going to school was like going to a nursery. My family needed to do farm work and I was too young, so I was sent to school,” said Min as he sipped on Chinese tea brewed in a traditional-style clay teapot.

While at USTC Min studied mathematics and physics, skills that laid the foundation for his future research work and shaped the way he approached problems. No longer in research, he still uses mathematics and formulas to analyse projects as founder and chief executive of North Summit Capital.

His 13th floor office in the Shenzhen Trade Centre in Nanshan district, at the nexus of China’s proposed Greater Bay Area business and tech hub, includes a whiteboard covered with mathematical formulas for various projects. A map of the world hangs on the wall behind his desk and on a clear day Min can see Hong Kong through the French windows.

There has been a lot of talk lately about traditional industries integrating their businesses with new technologies, but Min explains that this involves more than just opening a public WeChat account or building an e-commerce platform.

“When we look at the many problems they face ... it’s a mathematics problem,” said Min, who is also a member of China’s National Advisory Committee on the Next Generation of AI.

In fact, he believes most problems can be abstractly explained using mathematics, including production flows in manufacturing and agriculture, traffic flows in city management, and even diagnosis decisions in health care.

Having raised several hundred millions of US dollars from a limited partner in the United Arab Emirates, Min’s tech-focused investment firm aims to combine AI with traditional sectors, specifically in manufacturing, agriculture and health care.

North Summit Capital has invested in several agricultural tech companies in Southeast Asia and is looking for projects in China too. He prefers to invest in companies with backgrounds in traditional industries than in pure tech companies.

When asked why he favours non-hi-tech sectors, especially agriculture with its very thin profit margins, Min said his farm life as a child combined with later experience at Alibaba enabled him to see the huge potential of traditional industries.

“Today, AI and big data are developing very quickly while manufacturing and agriculture are still operating like they were 50 years ago [with] high energy consumption, high pollution levels, and low yields,” Min said. “Society is unbalanced. There must be someone willing to do this ... to transfer the most advanced technologies from tertiary industries to the primary and secondary sectors.”

Min’s confidence comes from dozens of successful projects he completed while at Alibaba Cloud, which spanned from agriculture and rubber, to petrochemicals, energy and logistics.

The growth rate, water and nutrition content of each lettuce can be monitored in real-time, making it possible to carry out customised management of each farm. Min said the AI brain helped Haofeng cut its water and fertiliser use by 10 per cent, saving the company 15 million yuan (US$2.1 million) per year. 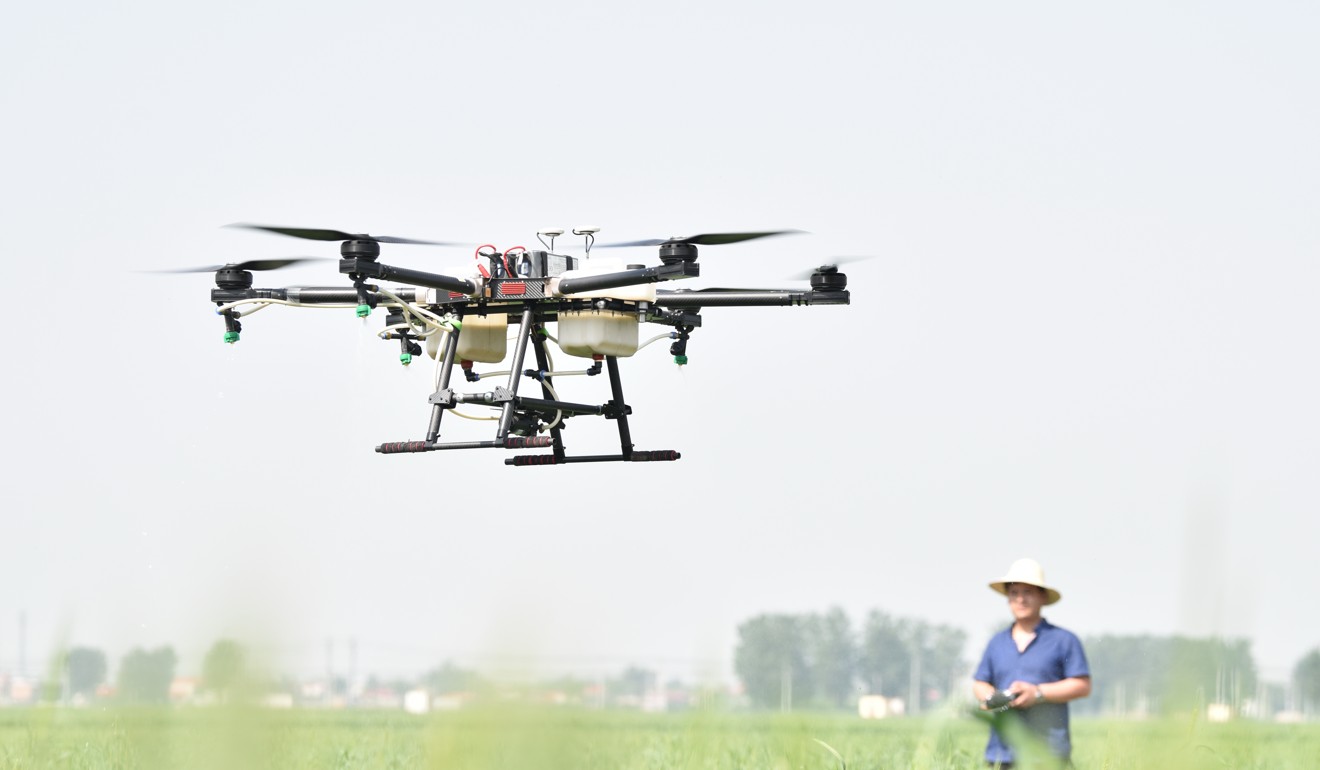 China’s agricultural industry is under pressure because of its role in helping feed one-fifth of the world’s population with less than 10 per cent of the world’s arable land, according to the UN Food and Agriculture Organisation.

Further, the country’s varied geography, climate and topography – as well as its traditional small-scale, peasant farm model – means it is very difficult to automate agriculture or even operate big ranches like those in the US.

“We are 20 years behind developed countries [in agriculture],” said Li Jialong, deputy general manager of JD Farm, a smart agriculture business operated by e-commerce giant JD.com. “However, there is no need to narrow the gap by following the existing trajectory to achieve automation first. If we can bring AI and informatisation into agriculture in advance, China can overtake [developed countries] on the curve.”

The application of Internet of Things (IoT), sensing, planning, robot learning, and human-robot interaction are the five main ways AI will be employed in the industry, according to a report published last week by market research firm Fitch Solutions.

In a 15 year career that spanned some of the biggest names in tech, Min believes one of the most important decisions he ever made was to transfer from Alibaba’s core e-commerce business to Alibaba Cloud in June 2015, where he was able to work on development of the ET Brain, which covers a diverse range of industries including finance and aviation.

In his resignation letter to Alibaba, Min wrote that after moving back to China from Silicon Valley six years ago, he thought he had reached the peak of his career. “Thanks to Alibaba Cloud, I’m now starting a new journey with the goal of transforming [traditional] industries,” he wrote. – South China Morning Post