Use an NFC tag to automate your iPhone

Automation in iOS 13.1 will work with near-field communication tags, which can be used to trigger an action on your iPhone. — dpa

With the release of iOS 13.1 Apple has integrated the Shortcuts app firmly into its mobile operating system. That should make it even easier to create automations – shortcuts that are triggered by an event rather than having to be launched manually.

Automation in iOS 13.1 will also work with near-field communication (NFC) tags, which can be used to trigger an action on your iPhone.

For example, you could set it up so that your phone goes into airplane mode when placed next to an NFC tag on your bedside table.

You'll be prompted to hold the tag next to the phone so it can be scanned. You'll also need to name the tag – you should choose one that's relevant to the action the tag will trigger.

Once you've set up the automation, it will be triggered whenever the phone scans the NFC tag.

Specifically, automation via NFC tag is supported for the following iPhone models: the XS, the XS Max, and the XR as well as the 11, the 11 Pro and the 11 Pro Max. – dpa 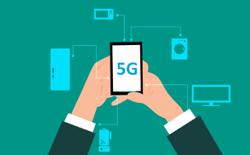