Luo Yonghao, founder of Smartisan Technology, was once hailed for his savvy marketing skills, which helped build a niche Chinese smartphone brand with a cult following.

Examples of his knack for promotion included publicly bashing Apple for “losing its soul”, turning his company’s annual product launches into variety shows and getting consumers to pay to hear his sales pitch.

But the 49-year-old entrepreneur’s financial troubles have landed him a place among the current 15 million “deadbeats” – officially designated as “discredited individuals”, or laolai in Chinese – on a national database maintained by China’s Supreme Court.

Daily life for Luo, a former English teacher, is now a series of inflicted indignities. He is barred from taking flights or high-speed train trips as well as any sort of lavish spending, such as staying in luxurious hotels or golf clubs, according to a Chinese court’s recent ruling.

Luo, who has also been legally barred from buying property or sending his children to private schools, said in a post on microblog site Weibo on Sunday that he will work hard to pay his debt. He also apologised to Smartisan’s creditors, investors and users. He declined to make any further comments on his situation, according to a company spokeswoman.

His Weibo post followed a ruling issued last week by a court in Danyang, a city in eastern China’s Jiangsu province, in favour of plaintiff and creditor Jiangsu Chenyang Electronics Co.

In his post, titled “Confession from a deadbeat CEO”, Luo said he personally vouched for a loan of more than 100mil yuan (RM59.08mil) and raised tens of millions of yuan more to help save Smartisan at its “most difficult” period.

Smartisan, which was founded in 2012, has managed to repay 300mil yuan (RM177.23mil), estimated to be around half of the company’s total indebtedness, over the past 10 months, according to Luo. One of Smartisan’s creditors, Yulong Communications Technology, sued the Beijing-based company last year for unpaid components valued at US$650,000 (RM2.69mil).

The scramble to pay off Smartisan’s debts has come amid an economic slowdown in China, the world’s largest smartphone market, which has felt the effects of a protracted trade war with the United States.

Smartphone shipments in China fell for the fourth consecutive quarter in the three months to September, which saw market leader Huawei Technologies capture a record 40% share, according to a report last week by Counterpoint Research. It said the top five brands accounted for 92% of the market. 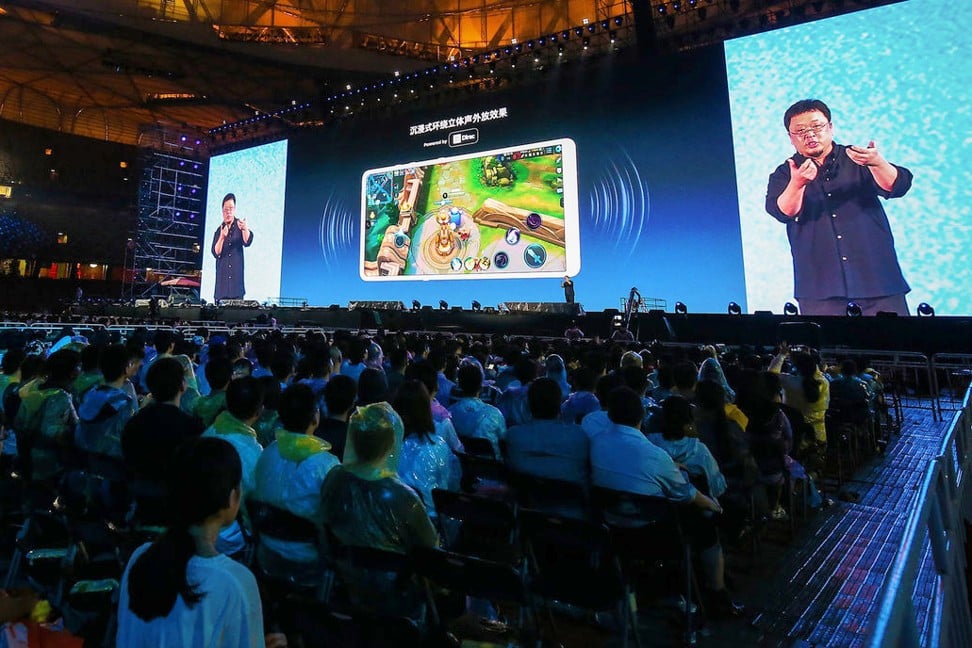 That deal with ByteDance showed how Luo, who helped raise Smartisan’s profile by talking big and bashing technology giant Apple whenever he had an opportunity, failed to sustain the hype he built up over the past few years.

At a show in May last year, Luo said his goal was to “make Smartisan a great company like in the era of [Steve] Jobs” and deliver products that surpassed Apple’s iPhone, iPad and Mac line of personal computers.

He predicted that Apple “will copy us like crazy” after Smartisan launched its new R1 smartphone model and the TNT Station, an all-in-one personal computer that uses the Android operating system, in the same event.

The TNT Station failed to ship months after its launch in May last year. Subsequently, rumours swirled about lay-offs at Smartisan and Luo suffering from depression.

Last week, Smartisan launched its first smartphone since the ByteDance deal, but without founder and chief executive Luo. In a video posted on Weibo, chief operating officer Wu Dezhou said most of the Smartisan team had already moved to ByteDance and that Luo left the firm because of personal reasons.

“While he may be capable as an individual, the company has had to deal with all these issues over internal management and dealings with suppliers,” said Counterpoint’s Yan about Luo and Smartisan’s troubles. “The company’s capital flow got squeezed because its business was so broad. Its failure to pay suppliers on time and in full was the final straw that broke the camel’s back.”

Apart from smartphones, Smartisan also sells smart speakers and humidifiers, as well as clothes, clocks, paper notebooks and luggage. That strategy emulated the ecosystem approach of smartphone vendor Xiaomi Corp, which has partnered with various startups to create and sell a range of consumer electronics and home appliance products, as well as luggage.

Like Luo, another Apple-bashing Chinese entrepreneur has recently fallen on tough times. Jia Yueting, the founder of Leshi Holding Group and chief executive of electric car startup Faraday Future, filed for bankruptcy in the US last month. In 2016, Jia declared that Apple was “outdated” and losing momentum in China.

“Starting a company is a hard thing ... filled with distress and embarrassment in the process,” Luo said in his Weibo post. – South China Morning Post