There is a clear dichotomy between how the Hong Kong protest movement has been portrayed on the Internet within and beyond the mainland. — SCMP

Hong Kong’s summer of protests looks very different from inside and outside the Great Firewall that encircles the Internet in mainland China.

On Monday morning, the top trending topic on Weibo, China’s highly regulated version of Twitter, featured a Shanghai tourist who was “harassed and beaten” during a massive pro-democracy protest in Hong Kong on Sunday evening. It racked up 520 million views.

A prominent video on the topic from Communist Party mouthpiece People’s Daily showed the man, surnamed Ma, telling reporters about protesters accosting and accusing him of photographing their faces, under the tagline: “Is this the ‘safety’ that rioters are talking about?”

But in Hong Kong, where there is unfettered access to the internet, the focus was on the peaceful Sunday demonstrations, which organisers said drew 1.7 million people despite heavy rain.

On LIHKG, the online forum where Hong Kong protesters discuss and organise their action, one hot topic celebrated Weibo posts on Ma that mentioned a taboo – Beijing’s bloody crackdown on pro-democracy demonstrators in Tiananmen Square on June 4, 1989. The topic cheered the “first time China’s Weibo allowed public discussion of June 4th”, referencing posts about Photoshopped images of Ma in a shirt calling for justice over the crackdown. 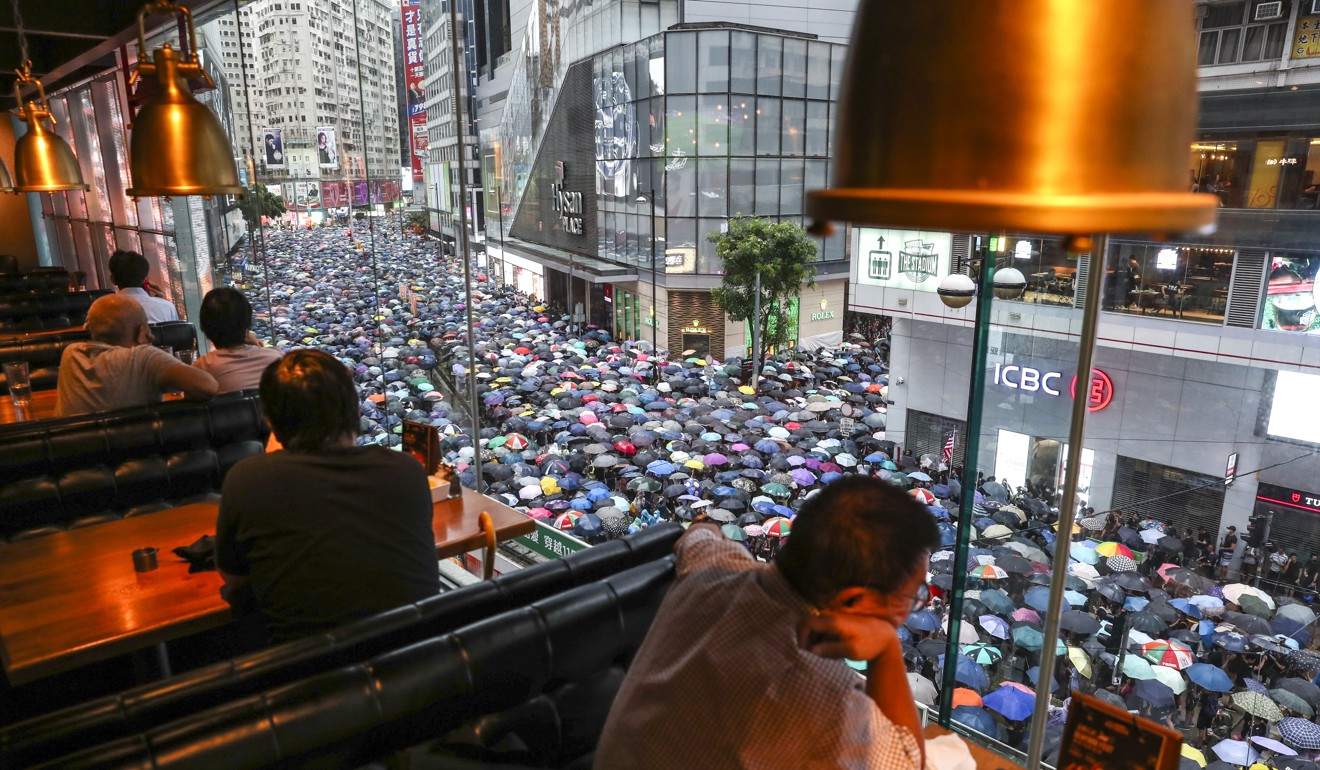 Since the protests began in Hong Kong in early June, triggered by a now-shelved extradition bill, there has been a clear dichotomy between how the movement has been portrayed online, inside and outside China. While Hong Kong protesters rely on social media platforms to organise and rally the world to their cause, on the mainland they are used to offer a nationalistic counter-narrative that is fuelled by state media and censorship.

As the city enters an 11th week of anti-government protests, these parallel universes have resulted in antagonism and conflict online. It has seen ugly exchanges playing out across social media between young Hong Kong activists and mainlanders, including from Internet trolling groups.

The social-media-savvy protesters, tapping into experience from the 2014 “umbrella movement”, have formed a grass-roots public relations campaign, with protest art made to go viral and packaged content about police violence and government ineptitude.

Encrypted app Telegram and LIHKG have been “very important and effective” for their on-the-ground coordination and strategy discussion, with more open platforms such as Facebook used to widely disseminate information, said Michael Chan, an associate professor at Chinese University of Hong Kong’s School of Journalism and Communication.

“Through Facebook, they can easily disseminate news, video clips and other media about the protests among ‘friend’ networks that transcend national boundaries and reach sympathetic audiences around the world,” he said. “The challenge of these platforms is of course they facilitate the spreading of misinformation and fake news.” 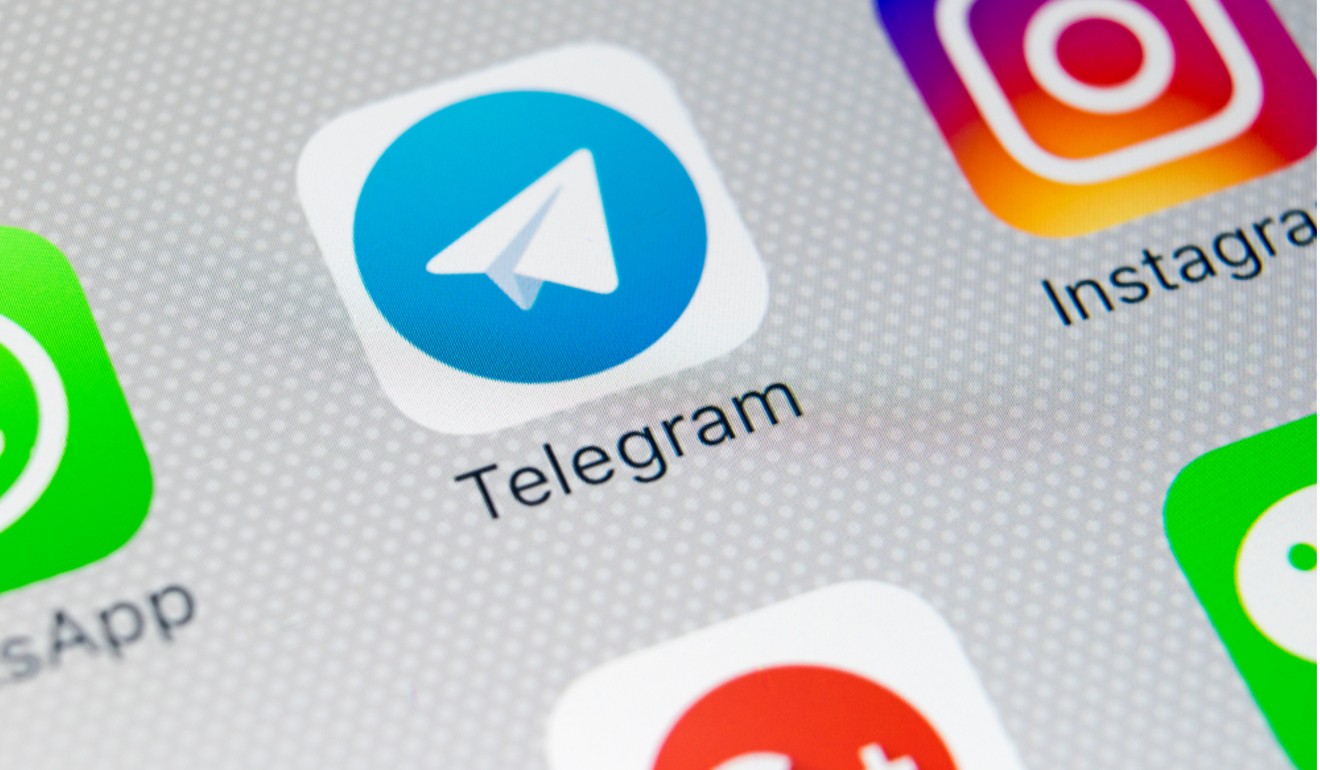 In contrast to the Hong Kong protesters’ “young, dynamic and creative movement”, mainland Chinese were not as well versed in the language of international liberal discourse, said Florian Schneider, a senior lecturer in modern Chinese politics at Leiden University in the Netherlands.

That includes the state-media-endorsed Diba forum, a fiercely nationalist group that prides itself in Internet trolling and targeted harassment of those aligned with the protesters.

“The social media efforts from mainland China, with their nationalist outlook and law-and-order rhetoric, look like crude CCP propaganda and are unlikely to get much traction among foreign media users,” Schneider said. “[It] works well in [mainland China], where nationalism is often the default mindset for making sense of politics.”

The messaging on the mainland Chinese Internet was driven by official censors policing content and also by nationalistic users seeking to discredit those who sympathised with the protesters – including with online harassment and threats, Schneider said.

Chinese state media has led the charge online, with state news agency Xinhua posting a cartoon on Facebook depicting Hong Kong protesters as cockroaches and state broadcaster CCTV posting a poem on Twitter likening demonstrators to Nazis. The English arm of CCTV even created a rap video taking aim at the protesters, with lyrics like: All I see is a beautiful dream turning to a nightmare / Can I say hi there! / Hong Kong they all liars.

Yuan Zeng, a lecturer at the University of Leeds in Britain, said the Chinese leadership had been “strategically institutionalising social media” into the party’s propaganda machine with strict censorship and state-media-led narratives. She said it had been effective and created a “dangerous ideological divide” between mainlanders and Hongkongers.

“You can observe an “information curve” on the topic of Hong Kong during the past months: from no mention at all at the beginning to dry official statements, to today’s all-round bellicose propaganda campaign,” she said. “These grass-root campaigns [like Diba] are of course state-sanctioned. State media also use social media to echo and endorse such campaigns, which are largely aggressive and somehow feature a Cultural Revolution style.”

One of the fiercest online battles has been between LIHKG and Diba users, who have led targeted harassment of pro-democracy figures in Hong Kong such as Canto-pop singer Denise Ho Wan-sze and pan-democrat lawmaker Claudia Mo Man-ching. But one “battle expedition” on July 22 by Diba to disrupt LIHKG backfired when members had their real identities and personal information leaked onto the forum, which requires registration through a genuine IP address.

Still, Diba was undeterred and has continued to mobilise its users to flood the social media accounts of those sympathising with Hong Kong’s protesters.

On the other side, Hong Kong social media users have sought to repel wumao trolls – or users allegedly paid 50 cents by Beijing to post nationalistic comments – by publicly feigning gratitude to them for assisting with anti-China actions, hoping the censors will take note and shut down their accounts.

With emotionally charged battles being waged across the internet, users on both sides of the Great Firewall have also been vigilant about potential infiltration of their groups by outsiders. That has seen Hong Kong protesters using tactics such as communicating in Kongish – an Internet language combining phonetically romanised Cantonese with English that is difficult to understand without knowledge of Hong Kong youth culture and language.

One post in Kongish on LIHKG said if there was a suspected “ghost” or infiltrator, the person should be asked if he could understand something in the informal Internet language. “If he cannot read and understand, then you will know if he is a man or a ‘ghost’,” it said.

The protesters have also been getting better at using encrypted apps and services. 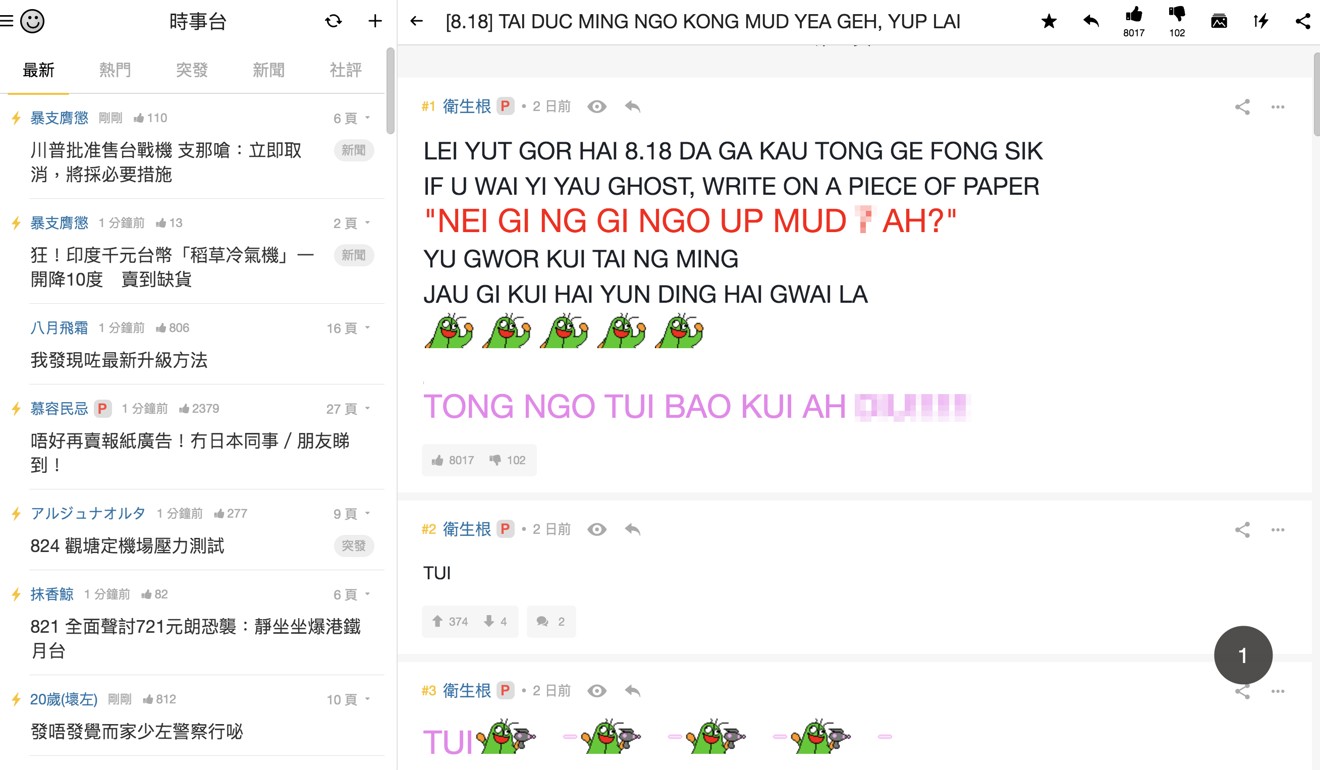 Meanwhile on Weibo, a user claiming to be from northern China who encouraged greater understanding between the two sides failed to recognise a widely known reference from a nationally broadcast skit – apparently exposing that they were not from the mainland.

After the exchange went viral, Shanghai police weighed in with a post on the social network on Saturday: “Fake things cannot be real, real things cannot be faked, by no means can you counterfeit.”

As the protests continue, misinformation and disinformation may continue to plague the protesters in particular. Schneider said cherry-picked instances of bad protester behaviour and false information could influence public opinion about the movement, which was key to maintaining its momentum. – South China Morning Post