Finas chairman Datuk Hans Isaac hoped the measure can be introduced as part of the effort to combat digital piracy in Malaysia and to protect the rights of content providers.

“I'm putting a paper together to propose that the owner of the house is responsible for the use of illegal Android TV boxes,” he said at the Fast Track 2019 Creative Digital Economy Forum in Cyberjaya.

“It doesn't matter if the person is renting the house to another person who bought the device.”

Hans said Finas is also planning on setting up a “war room” at its office in Selangor to monitor digital piracy.

“It’s where we will discuss what to do when we receive reports about digital piracy so we can take action immediately,” he said.

“A day of the content being illegally streamed online is a loss of income for the investors or stakeholders.”

KRU Entertainment group CEO and president Datuk Norman Abdul Halim welcomed the idea of having a war room at Finas.

“I think it’s high time because they have the resources at hand in terms of human capital. They just need to be trained on how to identify content that has been illegally uploaded online,” he said.

Norman is hopeful that the war room will help content providers prove that they are the rightful owner of the content that’s uploaded illegally.

“It is a burden for us to prove that we own the copyright in the first place. It would be easier with the help of Finas because we have to apply for the SPP licence (certificate of filming) before starting any production in Malaysia The SPP licence should be able to identify who are the actual owners of the film,” Norman said.

“I would go to these agencies to say ‘Do not support the pirated sites’. Do not go to a YouTube channel that steals content from Astro and pay money for 30-second ads to be played there,” he said.

Hans said Finas has also had a series of discussions with the Malaysian Communications and Multimedia Commission (MCMC) on ways to tackle digital piracy.

“A few fast track changes will take place. I will let MCMC announce that.”

He added that fines and action against individuals who have committed digital piracy should be “stricter and more stern”.

Android TV boxes is one of the biggest challenges for content providers, said MCMC chief transformation officer Nur Sulyna Abdullah in her keynote speech at the event. 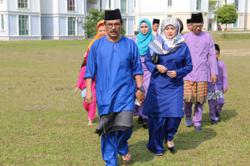 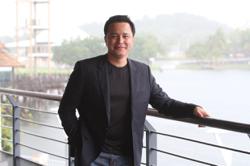