Google has reinstated Huawei Mate 20 Pro as one of the devices eligible for its Android Q Beta programme. Android Q is an upcoming operating system by Google, which is set to replace the current OS Android 9 or Pie.

According to website Android Police, Google reportedly removed the Huawei Mate 20 Pro model from the programme on May 24. The action supposedly took place after the United States government placed Huawei under its Entity List, which required all US companies to get approval before performing business dealings with the Chinese tech company.

Huawei Mate 20 Pro back on the programme is good news for consumers, as it means current devices may not be excluded from future updates. 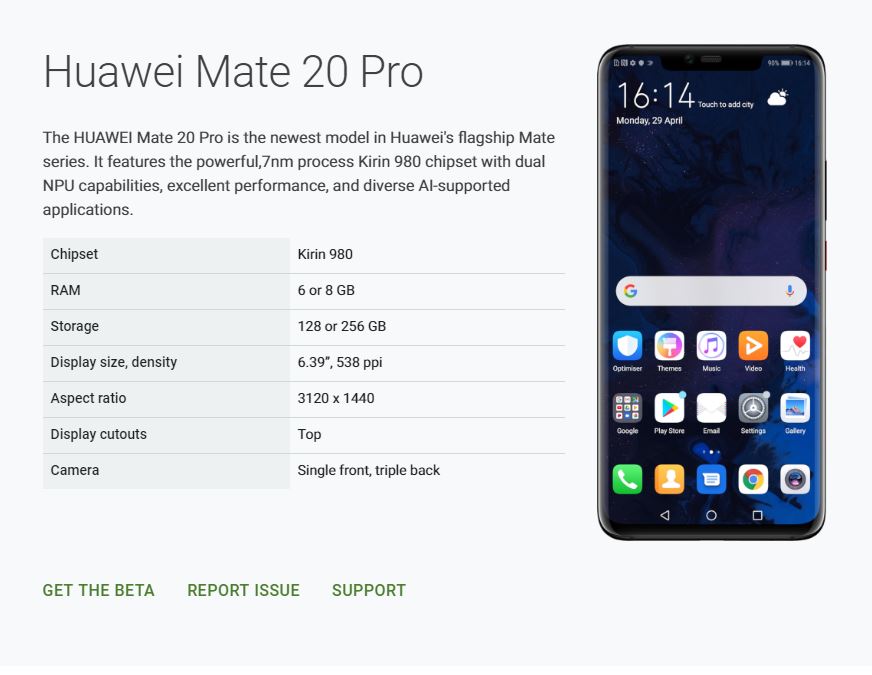 Huawei released the Mate 20 Pro in October 2018 with Malaysia announced as the first country to get the Mate 20 series.

The Huawei Malaysia website is currently offering the Mate 20 Pro for RM2,999 for the 6GB RAM model with 128GB memory space.