The Yunnan government has made

Yunnan, the ancient province in southwestern China famous for hand-picked tea, snow-capped mountains and the mystical hidden paradise of Shangri-La, is undergoing a digital makeover.

Facial recognition is deployed at the gates of tourist attractions to facilitate faster entry and sensors are installed along highways for instant toll payments without the need for drivers to slow down or stop. Tourists can skip the queues by buying tickets online, watch live videos of crowds at sites to better plan their trip, or find the nearest available restrooms, all through a smartphone app for tourists co-developed by Chinese tech giant Tencent Holdings.

The Yunnan government has made “digitisation” a key goal in upgrading the local tourism industry, according to its 2019 work report. The app, as well as a mini program on the do-everything social app WeChat, have together attracted more than 23 million users, according to Tencent.

The tourism app is just as important to Yunnan as it is to Tencent, which has pledged to help bring local governments and businesses online as part of a recent shift in direction for the operator of China’s biggest social media and gaming businesses.

“This is a significant benchmark project for Tencent to help the digital transformation of the real economy and industries,” Martin Lau, President of Tencent, told an audience of more than 5,000 on Tuesday at the company’s Global Digital Ecosystem Summit in Kunming, capital of Yunnan.

Tencent’s shift to serve enterprises and governments in their digital transformation came amid a government crackdown last year on its cash cow of online gaming over concerns that addiction to video games was enfeebling the young. WeChat’s current user base of 1.1 billion has reached a saturation point in a country with an estimated Internet population of 829 million.

The company is counting on growth from the corporate sector with its Cloud business, artificial intelligence and other technologies, and by leveraging tools such as WeChat to help enterprises reach consumers. Cloud computing will be the platform on which data analytics, AI and security systems can be customised for use by the retail, financial services, transport, health care and education sectors, according to the company.

The new direction is in line with China’s wider ambitions to move its industries up the value chain and better compete globally in emerging technologies such as AI, which has been dubbed the Fourth Industrial Revolution.

“The Internet is no longer an industry itself, but a core capability for all other industries. Successful companies in the future will be digitised companies,” Lau said.

Traditional companies fear missing out on the digital upgrade, which is why many were represented at the Tencent summit this week.

“We have to be a part of the digital transformation,” said Dong Shenghao, president of the Green Health Industry Research Institute under the state-owned Yunnan Metropolitan Construction Investment Group. He attended the event to see what Tencent has to offer, believing that its flagship social media apps WeChat and QQ can deliver better access to potential customers interested in health and wellness.

“We hope to have capabilities in data analysis and other technologies to help us identify and connect our customers, and we’re ready to invest in these technologies,” Dong said.

Tencent is not the only Internet giant wooing non-tech companies. Baidu and Alibaba Group, which along with Tencent are known as BAT, are looking further afield for growth as their core internet businesses mature.

“As smartphone penetration reaches a ceiling, the growth of Internet users, in particular mobile Internet users, is becoming less of a driving force for BAT, coupled with the deceleration of consumption growth of Chinese consumers,” said Ke Yan, co-head of research at Aequitas Research.

“To regain growth momentum, they are looking to enterprise businesses and hope to become infrastructure providers for Chinese enterprises thanks to the technological know-how they have accumulated on the consumer business side for decades.”

Worldwide, Alibaba Cloud was the fourth biggest provider last year behind AWS, Microsoft’s Azure business and Google Cloud, according to research firm Canalys, though its footprint outside China is relatively small.

Tencent’s approach to the international Cloud market would be to “play to its advantages” in gaming, video content and other areas where the company is strong, said Dowson Tong, president of Tencent’s Cloud & Smart Industries Group, a business unit established in last year’s organisational restructure.

A unique product Tencent is able to offer traditional businesses is WeChat, allowing them to sell products, sign up new customers, and communicate with followers through mini-programs and public accounts within the app. Tencent is also expanding its WeChat presence from smartphone to other smart devices, including smart cars. 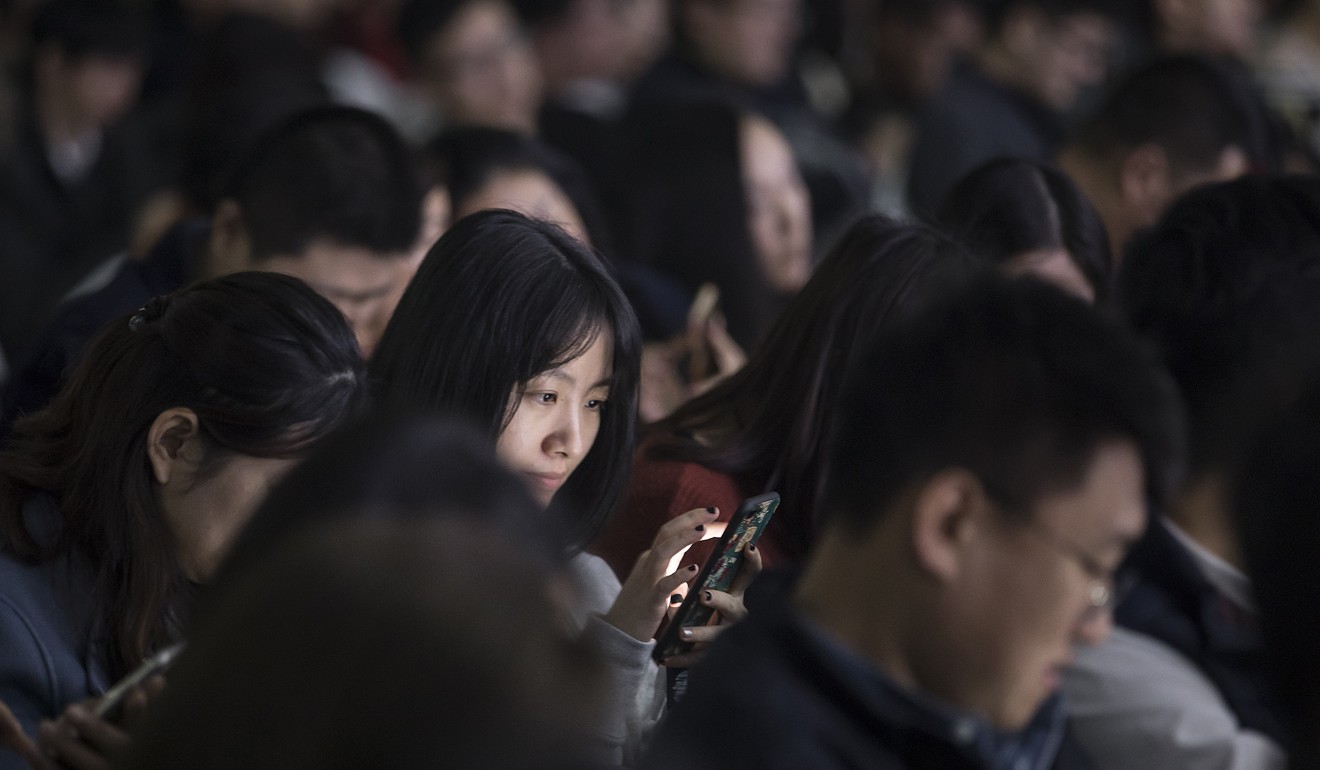 On Wednesday Tencent launched a voice-operated version of WeChat for in-vehicle use, a move that could extend the platform’s content and services to millions of drivers and passengers on the road.

Yet WeChat is not a panacea for the unique problems of different companies and industries, according to Tong. “One of the challenges is customisation, especially when we serve larger enterprises that have unique requirements. In the past we built standard solutions,” he said in a media briefing on Wednesday.

Tencent’s commitment to the industrial Internet will require long-term investment, including more servers, engineers and developers to create solutions for clients, as well as development of ecosystem partners, Lau said in a conference call last week after the company reported better-than-expected profits in the first quarter.

To serve these enterprises Tencent developed a platform that opens up its capabilities in data and technologies to its customers, Tong said. The platform would aggregate Tencent's tech expertise in instant messaging, social media, gaming and more, giving clients the option to choose what they need from the pool of capabilities.

Tencent said it is the first Chinese Cloud provider to have more than one million servers. – South China Morning Post