NEW DELHI: India’s election watchdog says it has forced Facebook, Twitter and YouTube to take down hundreds of posts during the country’s election but experts say it is just a drop in an ocean of misinformation that has engulfed voters.

The ruling Hindu nationalist Bharatiya Janata Party and opposition Congress party have thrown armies of “cyber warriors” into a bitter social media war for the six weeks of voting that ends Sunday.

The arch-rivals accuse each other of deploying social media dark arts such as automated bots and trolls to bombard voters with messages, fake and real.

No blow has been too low in the war of words and videos between Prime Minister Narendra Modi and opposition leader Rahul Gandhi.

Real-life insults traded by the two – Gandhi calling Modi a “thief”, Modi deriding his opponent as “pappu”, or fool – get shared thousands of times on WhatsApp and Twitter within minutes. 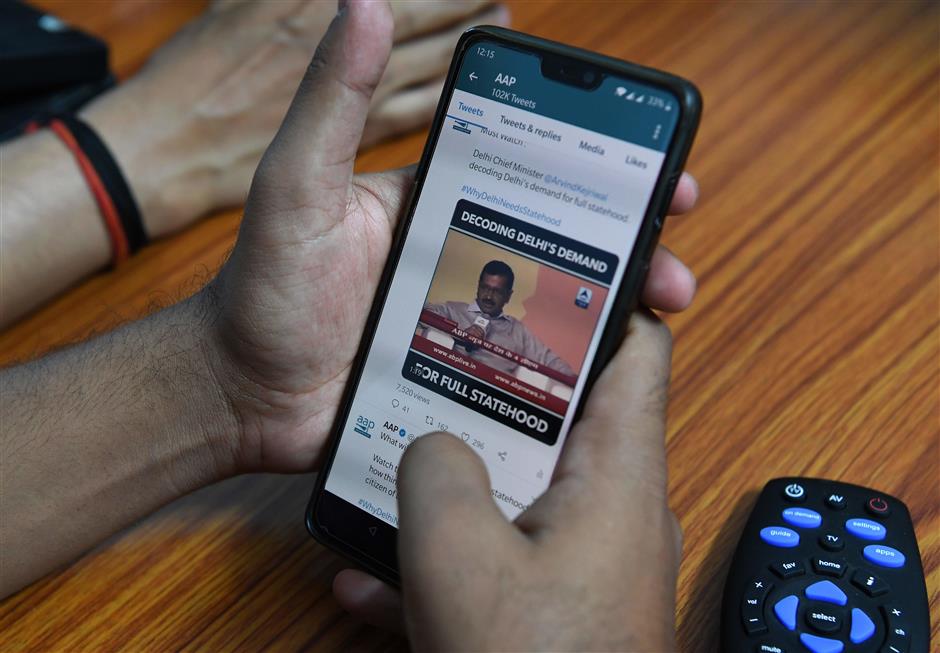 An AAP volunteer for the social media team working on a mobile phone in the "war room" ahead of the national elections at the party headquarters in New Delhi.

But so do Photoshopped images of longtime foe Pakistan’s flag at Gandhi rallies, or Modi eating with Imran Khan, prime minister of Pakistan.

The origin of these images is unknown, but both have been debunked by AFP fact-checkers during this campaign. And experts say the fake news on a host of apps is swaying votes.

The 2019 poll has been “an app-based election where along with the positive voter engagement drives, WhatsApp, ShareChat, Helo, TikTok, Instagram are being used for propaganda and misinformation campaigns”, said Asia politics researcher Sangeeta Mahapatra.

Senior Congress politician Shashi Tharoor said in a recent editorial that there was a “danger” that “many votes will be cast on the basis of disinformation”.

Both the BJP and Congress have each spent tens of millions of dollars to reach the 900 million electorate who have become huge consumers of phone content. AAP social media and IT strategist Ankit Lal (middle, blue shirt) working with the team of volunteers for the social media team at the party headquarters in New Delhi.

The BJP, the bigger and richer of the two parties, and Congress have hundreds of full-time social media workers. Tens of thousands of volunteers back them up by circulating the parties’ messages on WhatsApp and other platforms.

Congress social media head Divya Spandana told AFP the party has 300,000 Whatsapp groups and can get messages to up to 20 million people each day.

Spandana said her party only aims to be heard rather than attack. “We do social media trends organically, unlike the BJP who use bots,” she said.

The BJP has not given details on its network, but media reports say it has many more full-time workers and Whatsapp groups than Congress. BJP president Amit Shah calls the workers his “cyber warriors”.

Mahapatra, Asia specialist at the German Institute of Global and Area Studies in Hamburg, said up to one sixth of chat groups on WhatsApp in India are started by political parties.

This “shows parties are complicit in the misinformation malaise India is suffering from”, she said.

“Obviously, their messages are not going to be hamstrung by ethics of objective reporting. It is an open secret that the IT wings of most parties are peddlers of misinformation.”

Access to WhatsApp, the main weapon in the election war, is virtually impossible for law enforcement and fact checkers, as it is encrypted. 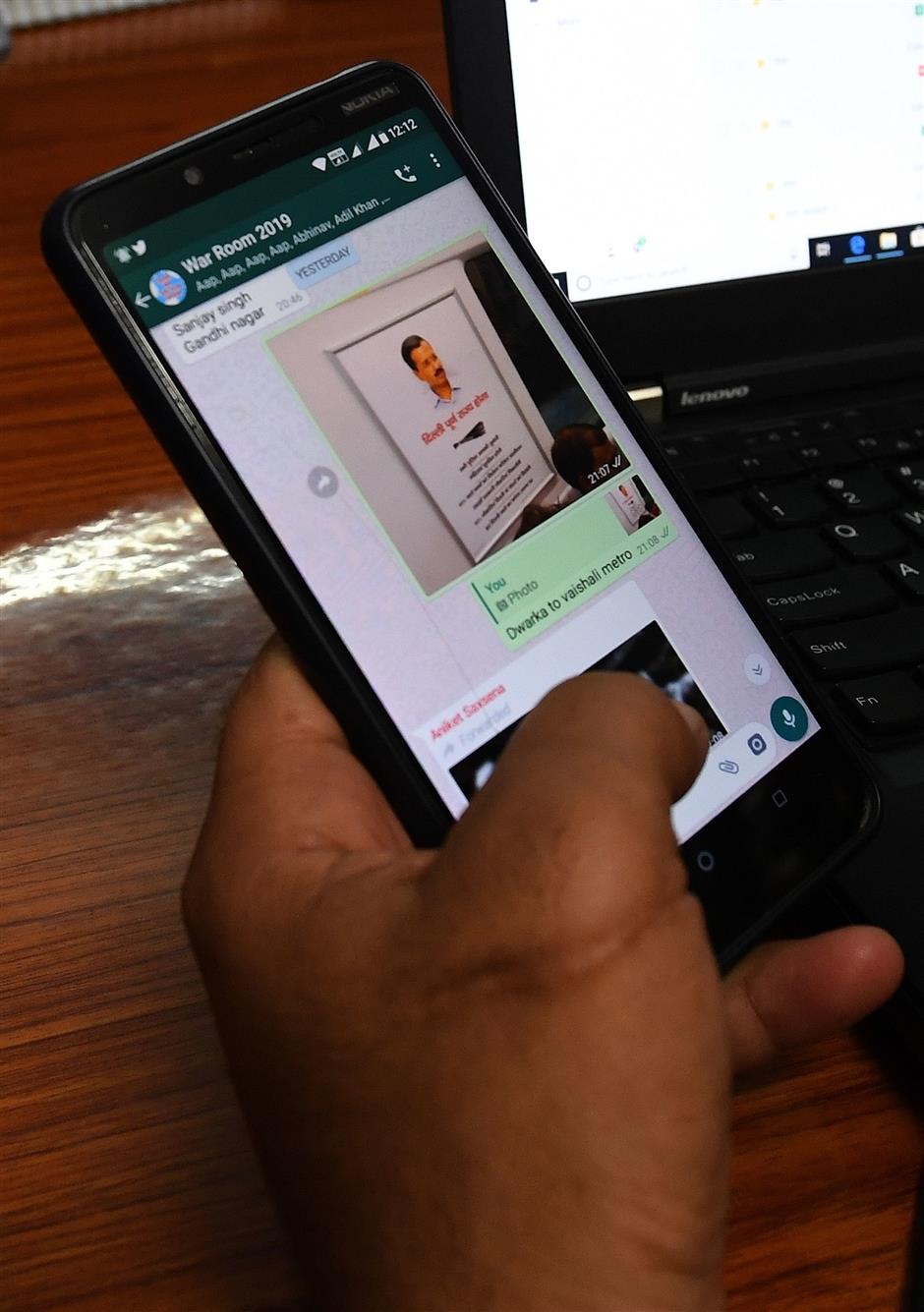 India’s election commission said that as of May 13, 637 Facebook posts, 145 Twitter posts, five YouTube videos and 31 forwarded WhatsApp messages have been taken down following approaches to the tech giants.

Messages spread en masse on WhatsApp were blamed for lynchings in India last year. The Facebook-owned company has since restricted to five the number of times a message can be forwarded.

Backstreet stores sell software that can get around the restrictions however.

India’s election commission said that as of May 13, 637 Facebook posts, 145 Twitter posts, five YouTube videos and 31 forwarded WhatsApp messages have been taken down following approaches to the tech giants.

One police case has also been registered. Police have set up their own teams in different states and say they have had misleading videos taken off YouTube.

Authorities have not named any party, even though experts say it is inevitable that the big two, and their rivals, have a hand in the misinformation.

“There is desire and a lot of great people looking at this problem, but the technology is not mature enough to handle such misinformation, involving images, video and local language text,” said Kiran Garimella, a researcher at Massachusetts Institute of Technology monitoring fake news in India and other countries facing crunch elections.

“We can also see that political parties are clearly invested in this, as we observe from special WhatsApp strategies by the IT cells of various parties,” he added. – AFP