The website of the US-based Cambridge International University getting “hacked” just a day after the university coming under scrutiny has raised eyebrows.

As of press time, the website displays a picture of a skull with the words HACKED in red.

The director of cybersecurity company LGMS, Fong Choong Fook, says that though professional hackers are now more financially driven and would make demands, others might hack a site to make a political statement or to show off their skills.

“It could be a genuine hack or maybe not. But someone would have to make a digital forensic check to see how it was hacked as it would be hard to tell who is behind it and why otherwise,” he says.

Fong says that a properly run university would have its website well secured and configured, unlike Cambridge International University’s where the directory index is exposed.

He notes that it’s also unusual that the website address or URL ends with “.us” and not “.edu” like most websites belonging to educational institutions. The .edu domain lends an educational institution credence as it’s not as easy to obtain as the domain registrar would verify and filter out dubious applicants.

The university came under scrutiny after Deputy Foreign Minister Datuk Marzuki Yahya admitted that he obtained his degree in business administration from it, raising suspicion that it is a “diploma mill” that awards credentials for minimal study.

Universiti Sains Malaysia’s Political Sociology professor Dr Sivamurugan Pandian says the issue brings into question if the hack was genuine or by someone trying to stop the scandal from escalating, as the website could reveal other people who have also received qualifications from it.

As an academician, he says “diploma mills” are a cause for concern, and this scandal could bring into question how many Malaysians are passing off fake degrees as the real thing.

“Many struggle to get one in universities and have to spend years to graduate,” he says, adding that diploma mills offer academic qualifications with minimal work so a person can use it to boost his or her social status, business position and political standing.

Cambridge International University, which has no affiliation to the prestigious University of Cambridge in Britain, has stated on its website that it is not accredited.

The US-based institution only offers “distance learning” programmes with degree courses costing as low as US$5,000 (about RM20,000) with fees payable via PayPal. 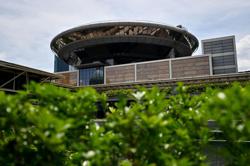 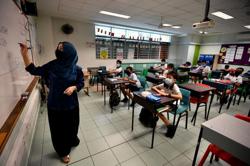