MUMBAI: From providing cow urine, incense and bamboo stretchers to booking a Hindu priest at the last minute, startups are seeking to cash in on India’s elaborate traditional funeral ceremonies.

Grieving families normally have to rush between shops buying dozens of items needed to say goodbye to loved ones but now online companies are selling “final rites kits”.

Many bereaved relatives – particularly busy professionals in India’s burgeoning cities – see the services as a godsend, but traditional family-run funeral shops say their businesses are hurting.

When Mumbai businessman Parag Mehta had to arrange a second family funeral in two weeks, he was short of time and ordered a kit online. 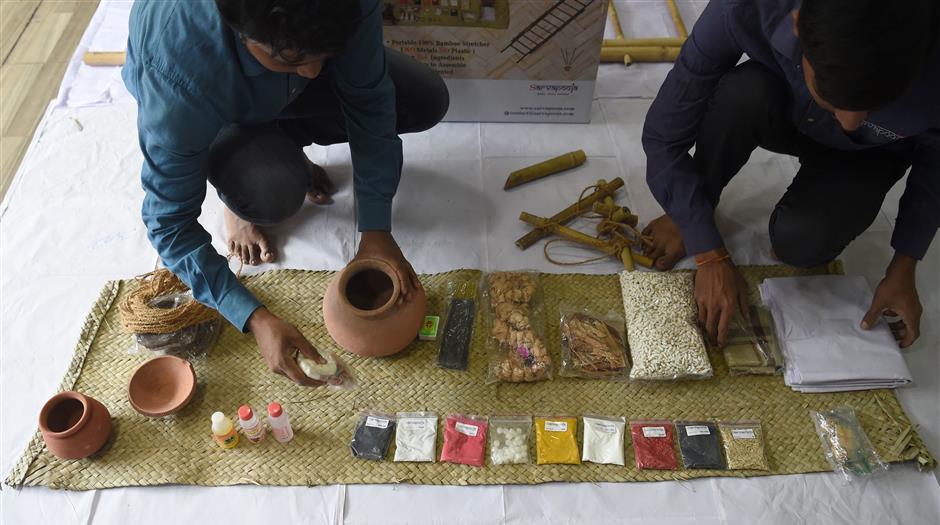 Workers arranging the various materials of "a final rites kit" at SarvaPooja's manufacturing unit in Mumbai.

“It made our lives easier in an extremely emotional and stressful time,” Mehta, 52, told AFP.

Hindu funerals are complex affairs and typically involve anointing the body with sandalwood paste, the burning of cow dung and the breaking of coconuts.

Family members carry the deceased into the crematorium on a bamboo stretcher. They then circle the funeral pyre with an earthen pot before setting the body on fire.

The ashes are often immersed in the Ganges river, which Hindus revere as holy. 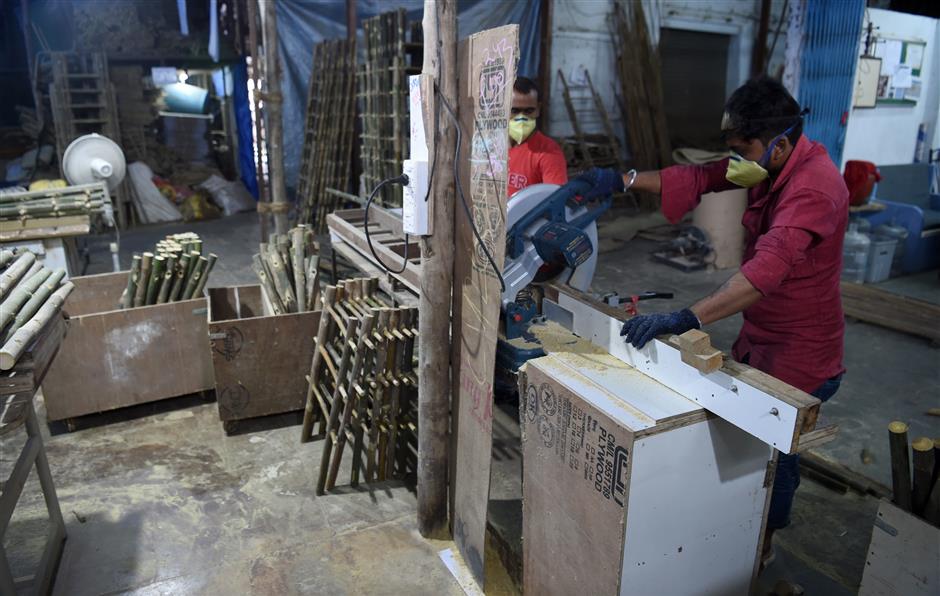 Workers cutting bamboo as per measurements to manufacture a funeral cot for the SarvaPooja "final rites kit".

Mehta purchased his kit from Mumbai-based startup SarvaPooja, whose name translates as “prayers for all”.

Its founder Nitesh Mehta, who is no relation to Parag, told AFP he had sold around 2,000 kits since launching the website just under a year ago.

The specific nature of Hindu ceremonies – coupled with a requirement to cremate the body ideally within 24 hours or three days at the most – presented a gap in the market for a one-stop solution, Mehta said.

“We decided to create a localised solution for a very Indian problem,” said Mehta, a computer engineer, who was based in the United States for 15 years.

The kit – which is sold online and in a handful of Indian cities – can be used by most traditional Hindu communities, such as Jains and Gujaratis, as well as by followers of the Sikh faith.

The company is not profitable yet, suggesting many Indians still prefer the ancient ways for now.

But traditional stores say they are starting to feel the pinch. A worker testing the load bearing capacity of a funeral cot.

“We have 40 years experience offering customised products but people want shortcuts and quick-fixes in this day and age and these platforms offer that,” said Shashi Shinde, who runs a small funeral shop beside a crematorium in Mumbai, told AFP.

“Online companies are starting to affect our business,” the 52-year-old added.

His competitors include three-year-old startup Mokshshil, which means “path for liberation from life”.

It is based in Ahmedabad in western Gujarat state and offers a kit comprising 32 items.

Kolkata-based Anthyesti – which means “last sacrifice” – offers a similar package, booking crematoriums, priests and vehicles to transport the body to the funeral. 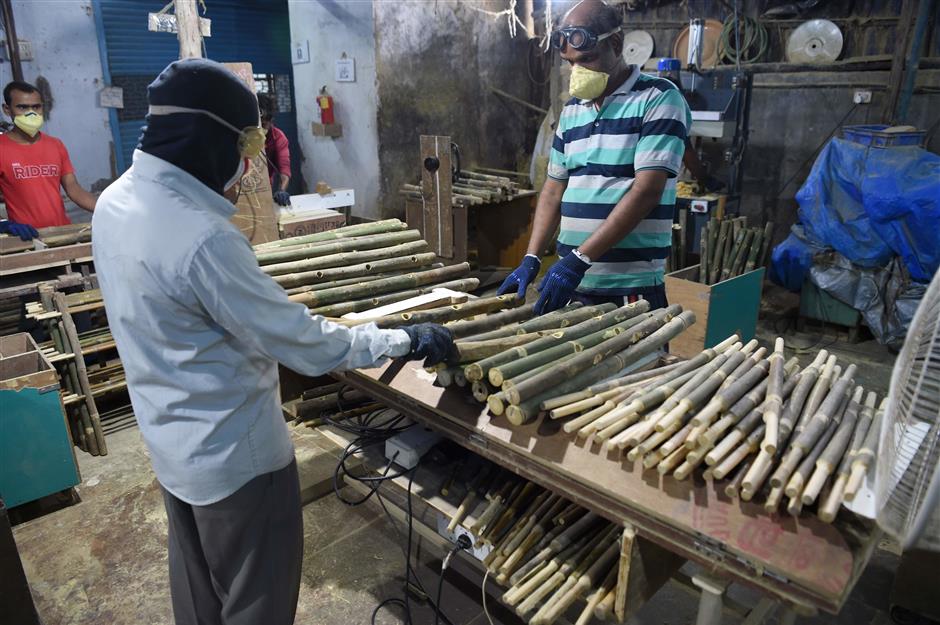 Bilva Desai Singh, who runs Mokshshil, hopes her company will encourage people to talk about death.

“Awareness is key to enabling conversations about dignity in death and we’re trying to do that,” she added.

Both platforms are planning to expand their services across other Indian cities and start shipping kits abroad.

“Death is inevitable and we want to help everyone bid farewell to their loved ones with dignity,” he explained. – AFP