An app or an integrated system: Which is best for car navigation?

HANDOUT - The accuracy of every navigation system stands and falls on how up-to-date its information is. In order to receive live services such as real-time traffic information about traffic volumes, construction sites or road closures, connectivity is always needed. Photo: TomTom/dpa-tmn

Just as there's more than one way to get from A to B, there's also different ways to navigate a route: Google Maps, mobile navigators or your car's intergrated system? Each has its own pros and cons.

Thanks to Google Maps and the like, it's easy these days to work out the fastest route between A and B.

Twenty years ago things were very different and a thick road atlas was part of the equipment in many cars. Then began the triumphal march of navigation systems suction-cupped to the windscreen.

However, today they're on the decline too as more and more people use a smartphone or tablet for car navigation. Automotive reporter Holger Ippen understands why: “The big advantage of most navi apps is that they are always up to date.”

That's because they generally use real-time data and are updated via the mobile connection.

However, not all navi apps are equal. Many free offers are based solely on user data and, according to Ippen, often do not provide a comprehensive picture.

“Apps like Here or Inrix also balance their data with other sources, such as street sensors or bridge cameras, and calculate congestion probabilities from previously obtained data,” he says.

This is useful information if a particular street has a traffic jam every day at the same time.

Another disadvantage of smartphone navigation apps is that they can lack voice control which makes them hazardous or even illegal to use when driving.

An interesting interim solution between an app and an integrated navigation system is offered by Google's Android Auto or Apple's Carplay.

“This establishes a connection between the smartphone and the multimedia system of the car so that the navigation app can be used via the vehicle's integrated system,” Ippen says.

In the case of completely integrated navigation systems, nothing additional needs to be connected or installed and navigation information is available as an independent menu item in the multimedia system.

“The biggest disadvantage here is certainly the high cost because not infrequently, 1,000 dollars or more is demanded for the integrated route guidance,” Ippen says.

The accuracy of every navigation system stands and falls on how up-to-date its information is. “In order to receive live services such as real-time traffic information about traffic volumes, construction sites or road closures, connectivity is always needed,” Schweiger says.

This is possible via a mobile phone connection and many cars today have a built-in data SIM.

The functional capabilities of navigation devices can be significantly expanded by mobile communications. “A classic navigation system can become such a real-time travel guide,” according to Tobias Krzossa of Vodafone.

Vodafone is cooperating with navigation provider Here to build a 5G atlas for cars. “The idea behind this is to offer maps that contain a wide range of other environmental information, from the weather to road damage, in addition to the normal road data,” Krzossa says.

The 5G Atlas will function in the new 5G mobile network to be launched in 2020. It will transmit in real time and will allow cars to communicate independently with each other to share navigation-related information. – dpa 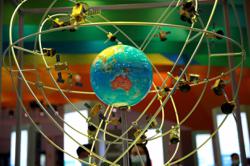 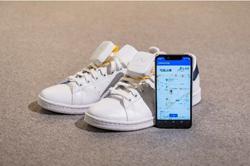