By Mark Gurman and Lucas Shaw

Oprah Winfrey speaks at the White House Summit on the United State of Women in Washington, DC on June 14, 2016. / AFP PHOTO / YURI GRIPAS

Apple Inc unveiled an original programming partnership with TV star and producer Oprah Winfrey, the iPhone maker’s biggest ally so far in a battle with Netflix Inc, Google and Amazon.com Inc over the future of online video.

The company said the agreement with Winfrey is a multi-year content partnership in which the two will “create original programmes that embrace her incomparable ability to connect with audiences around the world”. The projects will be released as part of “a lineup of original content from Apple”, the company added in a statement. It didn’t say how much it’s paying, or when the material will be released.

Apple will fund all the projects, which could include scripted TV series, unscripted programming and film, according to a person familiar with the matter. Winfrey will do some on-camera work and will retain ownership of all the programmes, said the person, who asked not to be identified discussing details of the pact.

Winfrey recently renewed her deal to run the OWN TV network through 2025, and her contract gives her flexibility to work for other companies. She is precluded from appearing on-camera for other cable networks.

Other outlets have sought Winfrey’s services, but she hasn’t had conversations about producing series for any other streaming companies, the person said, noting that Winfrey was drawn to the idea of working for Apple in particular.

The Cupertino, California-based technology giant has been working on several TV show and movie deals for an online video initiative. It earlier struck agreements for shows produced by Steven Spielberg, another starring Reese Witherspoon and Jennifer Aniston, and a drama series featuring basketball player Kevin Durant. On June 14, Bloomberg reported that Apple is nearing a deal for a full-length animated movie.

The Winfrey partnership is the company’s highest-profile video tie-up to date. Once the host of the most-watched daytime talk show in the US, Winfrey has extended her influence across almost every sector of the media business. She is chief executive officer of OWN, which she owns with Discovery Inc, a contributor to CBS’s weekly news magazine 60 Minutes and an actress and producer of films and TV shows.

Technology giants Apple, Alphabet Inc’s Google, Amazon and Netflix are vying to lure top Hollywood talent like Winfrey away from more-established entertainment companies, and draw viewers to their own digital services. Netflix has been the most aggressive, signing deals with former US President Barack Obama and First Lady Michelle Obama, Glee creator Ryan Murphy, and Scandal producer Shonda Rhimes. Amazon recently teamed up with Get Out filmmaker Jordan Peele.

While Netflix and Amazon have a history of producing hit shows, Apple is just getting started. The company plans to start rolling out its first original content videos in 2019, Bloomberg News recently reported.

Apple has been one of the biggest sellers of other companies’ shows and movies through its iTunes store, so it has existing ties to the entertainment business, mostly through executive Eddy Cue. While it faces stiff competition from Hollywood studios and big-spending digital streamers, Apple’s large reservoir of cash and the popularity of its devices have ensured the company can get a meeting with anyone in the entertainment business.

The iPhone maker has yet to tell its partners how it plans to distribute the new video content. While Netflix distributes its original content through its website and apps on all consumer devices, Apple has mostly kept its digital services wedded to the company’s iPhones, iPads, Macs and TV streaming box.

So far, beyond documentaries about musicians, Apple has released only two video series: Carpool Karaoke and Planet of the Apps. Both are distributed through the Apple Music app, but the shows were commissioned before Apple hired TV industry veterans Jamie Erlicht and Zack Van Amburg last year to build an in-house studio. They got about US$1bil (RM3.99bil) to spend in their first year. — Bloomberg 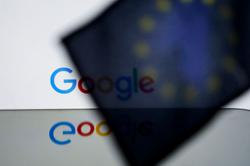 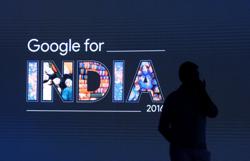