Malaysians most gullible, prone to falling for online scams: study

KUALA LUMPUR: A study commissioned by Telenor Group has found that Malaysia is the country most vulnerable to Internet scams, underscoring the importance of using street smarts when surfing the Web.

The multimarket Internet Scams study aimed to gain a better understanding of the more common online rackets by polling 400 users aged 18 to 65 in four countries – Malaysia, India, Singapore and Thailand. Of these, Malaysia unfortunately tops the list with 46% of respondents saying they had been the victim of Internet scams, followed closely by Thailand at 43%.

Worryingly, this figure could be just the tip of the iceberg as a further 46% of Malaysian respondents – all of whom classified themselves as Internet users averaging nearly 10 hours per day on the Web – said they knew a friend or family member who has been scammed online.

“This survey is a good barometer on Internet scams in Malaysia, and areas that should be addressed,” said Telenor Group’s social responsibility head Ola Jo Tandre.

Online safety is a growing concern with more than half of those surveyed (54%) stating they are “very concerned” with online scams – that’s more than those concerned with mugging (45%) and stalking (42%).

The study also found that one in five people have been victims of Internet auction and online dating scams, and one in 10 had their Facebook accounts hacked.

The largest percentage of Malaysian scam victims had fallen for the fraudulent “work from home” scheme – a scam where users are either fooled into paying someone online to help them start a business, or undertake work but never receive payment.

Many online shoppers also reported getting swindled by unscrupulous sellers – almost a quarter had experienced Internet auction fraud, where they purchase an item online and never receive it.

Of those who have been targeted by online scams in Malaysia, six in 10 have had their wallets hit, with the average financial loss sustained per person about RM7,050.

However, the study notes that the amount of money lost by Malaysians is significantly smaller in comparison to other surveyed nations – the regional average for those who incurred financial losses due to scams is a whopping RM41,870.

Despite these staggering figures, Malaysians on the whole acknowledge the benefits of a readily available Internet with 90% agreeing that the Internet has improved their lives, and 81% attributing strengthened relationships with friends and family due to the Net.

With so much at stake, creating awareness and educating Web surfers is paramount to prevent more from falling for online scams.

Though the danger – and repercussions – of online scams are very real, it is relatively simple to avoid falling prey to them. It may seem old news to more experienced users, but since so many still fall prey to online scams, these tips bear repeating:

2. Ignore advertisements that appear “too good to be true”.

5. Disseminate information and share preventive tips with friends and family via social media.

“We hope the findings from this digital consumer study will encourage all Malaysians to be proactive in educating themselves to stay safe online, so they can enjoy the internet’s opportunities,” says Tandre. 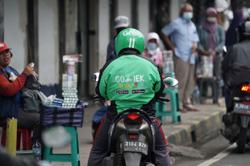