By Tan Kit Hoong
Nintendo generally doesn’t do a live press conference at the Electronic Entertainment Expo (E3) and this year is no exception.

While there was a new co-operative play Zelda announced for the 3DS, the company showed nothing of the upcoming open world Zelda for Wii U apart from the teaser they showed earlier this year.

Here are a few of the notable announcements. TRANSFORM: Starfox's R-Type ship can transform into a land vehicle in Starfox Zero

Starfox Zero
Starfox is one of the more popular franchises for Nintendo, although a new Starfox game doesn’t often appear for Nintendo – the last one was Starfox 3D which appeared in 2011!

So as you may imagine, it’s quite an event when a new Starfox is announced, this time called Starfox Zero for the Wii U.

The new has a new transforming ship feature that will change Starfox’s R-Type ship into a land vehicle. The Wii U version will have a two-screen approach, where the TV screen is used to watch a third-person view while the gamepad is used for a first person cockpit view. Amiibo and Skylanders combine
Nintendo and the people behind Skylanders have teamed up for new Skylanders figures which also work as Amiibos.

The new Skylanders figures can be used to play the new Skylanders game but the interesting thing is that Nintendo users can choose to use the Nintendo Amiibo NFC technology or the Skylanders NFC base to scan in their figures by simply twisting the base of the figure to the correct setting. PLAY TOGETHER: Zelda TriForce Heroes allow up to three players to solve puzzles together.

Following up on A Link Between Worlds, Nintendo has a new top-down Zelda game for 3DS where you can solve puzzles co-operatively.

The game presents you with loads of dungeons where gamers can link their 3DS consoles wirelessly to play together to solve multiplayer puzzles.

Of course, the game also has a single player mode for those who don't want to play co-operatively.

A new features in a Zelda game is that there’s a “fashion element” in the game where the user can obtain different outfits to get different abilities – for example, a bomb outfit will give you access to bombs and so on. Hyrule Warriors 3DS includes all the DLC from the Wii U version along with some new extras inspired by The Legend of Zelda: The Wind Waker.

The game will be coming out in the first quarter 2016. METROID: It may not be a true Metroid game, but Federation Force might be a good game nevertheless.

The game is still in early development so very few details were revealed about gameplay.

Fire Emblem Fates
The first Fire Emblem for the 3DS was a major succcess so it’s no surprise that a sequel would be made.

Apart from the title, the trailer did not reveal all that much about this JRPG.

Fire Emblem Fates is slated for release sometime in 2016. The version of Xenoblade Chronicles for Nintendo's last-generation console, the Wii, was one of the most sought-after games on the second-hand market, fetching prices higher than the original sticker price.

With Xenoblade Chronicles X, we get more of the same, and the trailer showed off some very impressive graphics for the Wii U.

The game is due to be released on December 4 of this year. 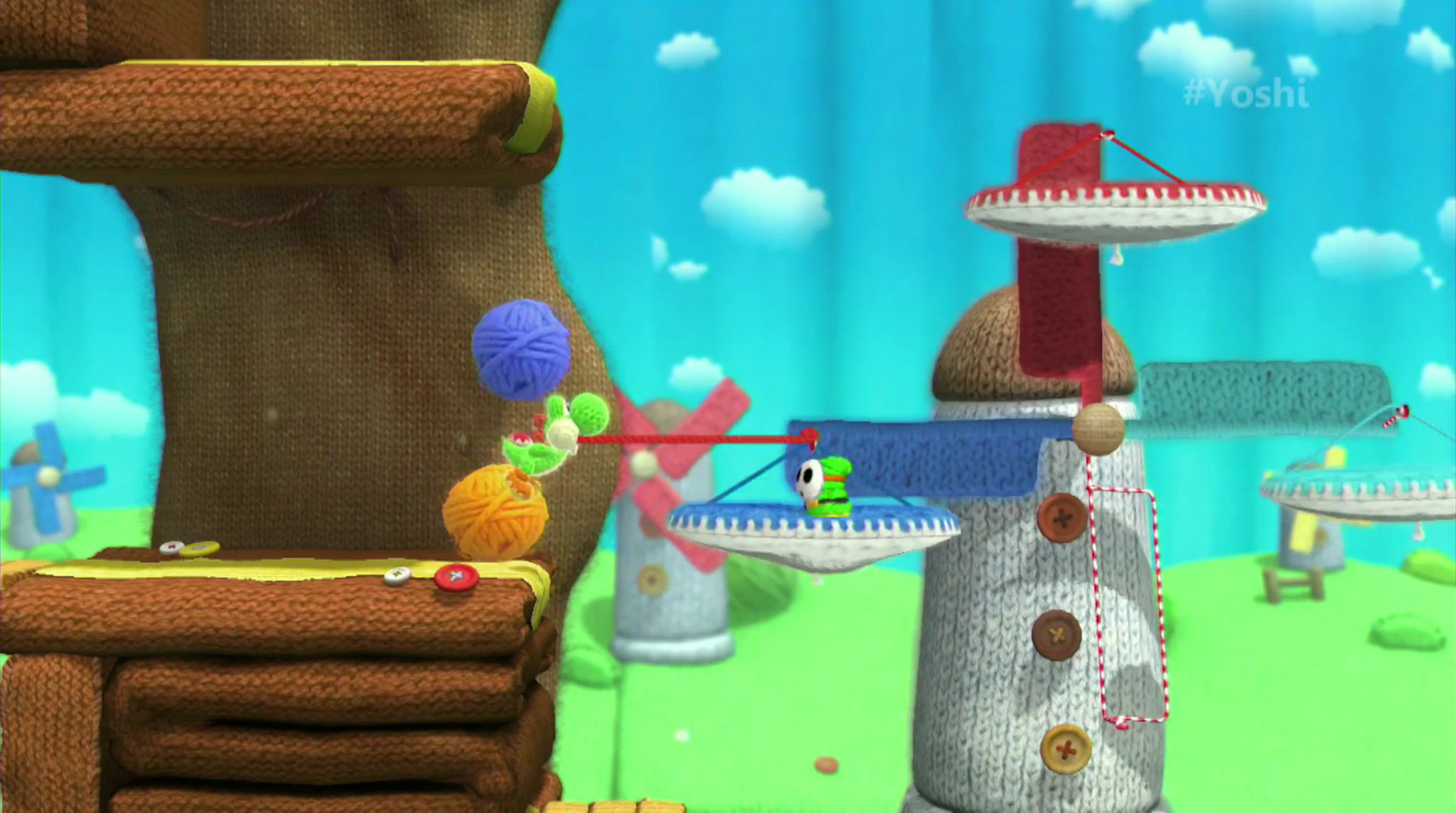 WOOLLY YARN: The design of this cutesy game is based on balls of yarn which look very realistic on the Wii U.

Just like Kirby’s Epic Yarn for the Wii, this Wii U game is a fun platformer that users can play to well...ahem...unwind, if you'll pardon the pun.

The game world as well as the characters are made to look like they've been spun out of yarn – an art style that visually very appealing and looks amazingly realistic on the Wii U’s hardware.

In these games, getting from from start to end of the level is very easy but gamers who want to get 100% completion by collecting hidden items will find it quite challenging.

There's also a co-op mode and if you have an Amiibo, your Yoshi character will take on the look and characteristics of the Amiibo you scanned. Mario & Luigi Paper Jam
Mario RPG games are always fun to play even if you're not an RPG fan – only the turn-based battles qualify it as an RPG, really.

Mario & Luigi Paper Jam for the 3DS looks to be a winner and this game mixes up the 3D characters from other Mario RPG games with the flat characters from the Paper Mario games.