MUMBAI: An Indian answer to Craigslist is drawing millions of monthly visitors to its website, exchanging everything from used iPads to cows, in a country where second-hand goods have traditionally been sniffed at.

Quikr, a start-up launched in 2008, has become the leading online classifieds portal in India, where the e-retail market is exploding thanks to a vast young population with growing Internet access.

Like Craigslist, Quikr allows users to post ads for free and browse for furniture, apartments, pets and even potential spouses, before closing the deal offline — a system that chief executive and founder Pranay Chulet believes is well suited to India. Chulet: "We Indians are very price conscious. So I thought a platform like Craigslist for India would make sense." — ©AFP

"We Indians are very price conscious. And there are peculiarities, like we love to haggle. So I thought a platform like Craigslist for India would make sense," said Chulet.

Today, Chulet says, more than half of Quikr's 3.5 to four million goods listed at any one time find buyers within 90 days — a feat that has helped the firm to attract investments from top private equity firms such as Warburg Pincus.

The firm began life as Kijiji India, a subsidiary of US giant eBay. It was turned into the re-branded separate entity Quikr by Chulet and co-founder Jiby Thomas.

"We want to do things quickly. That is partly where the word Quikr comes from," said Chulet.

He said that leaving customers to seal their deals offline keeps costs low and avoids regulatory hurdles — "I don't have warehouses or people running around making deliveries".

Instead the Mumbai-based firm, present across 900 cities, gets its cash by tapping small businesses to advertise on the site. So far, half a million have paid to be on Quikr, according to Chulet.

People who want to sell their goods on Quikr but lack Internet access can ring up the firm's call centre — or, rather, its "missed call centre" — where employees return calls to save the customer costs.

"India loves missed calls. Especially the low income groups like the drivers because the call from our side does not cost them anything," said Chulet.

"And we are happy because we can handle more customers' calls with less staff." 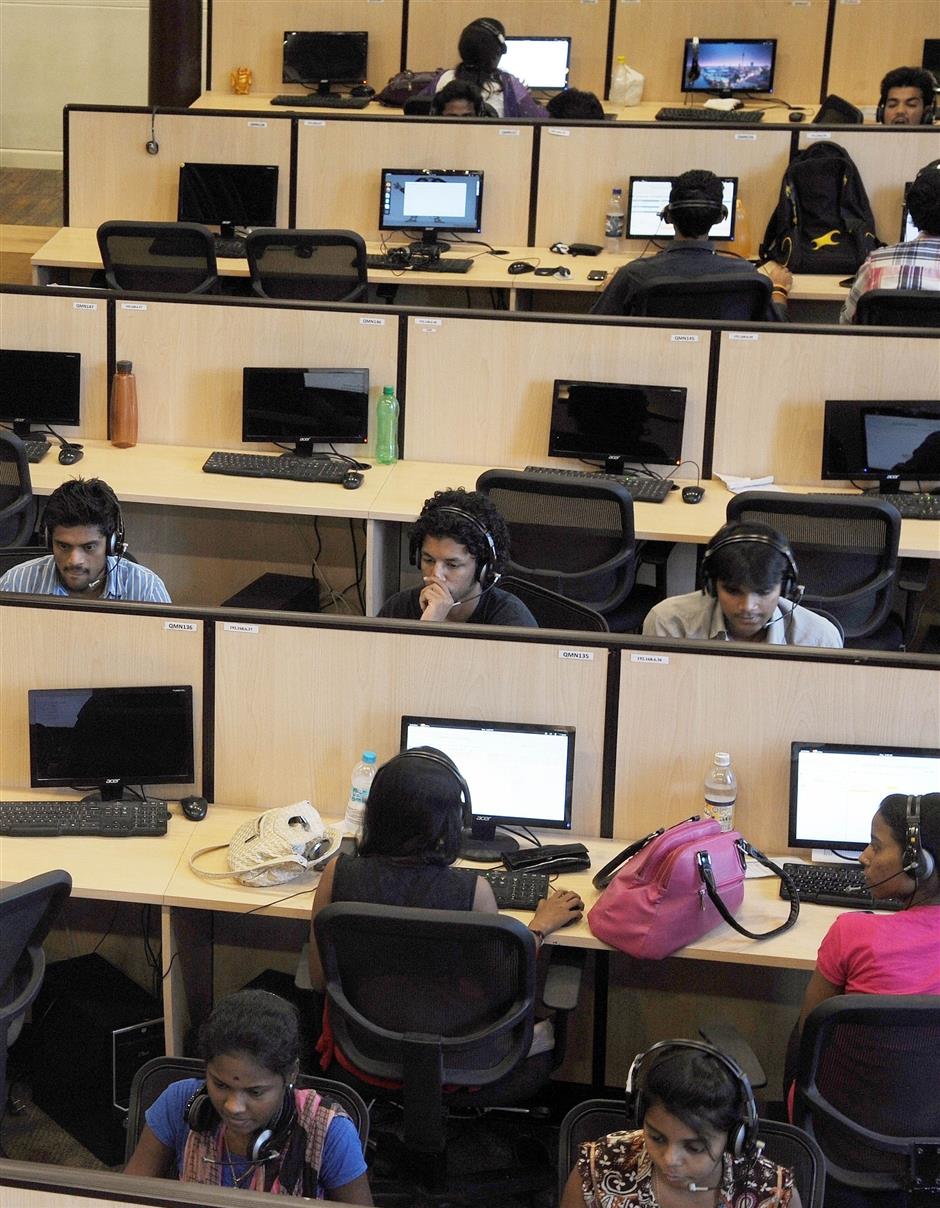 MISSED CALL ME: People who want to sell their goods on Quikr but lack Internet access can ring up the firm's call centre — or, rather, its "missed call centre" — where employees return calls to save the customer costs. — AFP

Quikr's marketing strategy has included a television and billboard advertising blitz, asking people to sell their used goods at their "MSP" — or maximum selling price — which they can calculate for free on Quikr's website.

Quikr has also capitalised on India's cricket craze by turning sponsor of a team in the popular Indian Premier League.

The firm is yet to turn a profit, and remains reluctant to charge customers, but Chulet is confident of the "long run" value of the firm in a country whose online retail market is exploding.

Craigslist, which started in the United States in 1996 before going global, has shown that such a business can make money, after maintaining profit margins at around 80% of its US$166.5mil (RM528.64mil) revenue this year.

The market leader is Flipkart, whose sales touched US$1bil (RM3.17bil) this year, while Amazon entered India last June and is ramping up its presence among the 1.2 billion-strong population.

Despite this, not all investors are convinced by India's e-commerce story, which is "about large volumes with expectations of profits in the long run," said Paras Adenwala, head of Mumbai-based Capital Portfolio Advisors.

"Success in this model is more of an exception."

While Indians have typically looked down on second-hand goods, Chulet believes attitudes are shifting as their purchases become more practical rather than status symbols.

"I have had friends who have bought used treadmills when they could have easily brought expensive new ones. But they bought used ones saying the aim was staying fit," Chulet explained. Pragya Singh, retail specialist at consultancy Technopak Advisors, says firms such as Quikr are capitalising on a gap in the "consumer to consumer" market and the "failure of organised retail to take-off in India", as well as increased digital penetration.

Chulet adds that his firm's popularity also lies in its personalised listings.

"Quikr is about quirkiness. Like the guy who wanted to sell Radha, his cow. All he wanted was to find a good home for her," he said.

"He posted beautiful pictures and a description of Radha, and waited till he found the person who satisfied his criteria." — ©AFP/Relaxnews 2014