Picture this — a high speed car chase with a slew of journalists trying to keep up with a celebrity as they hound him around Los Angeles, California.

The only problem is that inside the lead car isn’t Brad Pitt or even Christian Bale, but a rather unassuming 64-year-old man of Japanese descent named Dorian Nakamoto.

The car chase started when Newsweek claimed in an article that he was the mysterious ­creator of Bitcoin who goes under the ­pseudonym Satoshi Nakamoto, after which a slew of journalists flocked to his home for comment.

Whether he is indeed the fabled founder is still unclear but the media storm revolving around Bitcoin’s creator is a sign of how much interest it’s generating in technology circles.

In this article we take a look at the concept of Bitcoin and how this so-called cryptocurrency works.

Today, currency or money is produced by the national banks of each country and is accepted as legal tender to be exchanged for goods or services. While we take it for granted, currency is a pretty abstract concept made real by a few pieces of paper and metal which we can exchange for products that have value to us.

It used to be that countries like the United States backed up its ­currency with gold reserves but since 1971 this is no longer the case and now its value is determined by governmental regulation or law. This form of money is also known as fiat currency. CRYPTOCURRENCY:  A strange revolution on the Net has started a form of currency known as Bitcoin.

Then we have credit cards and online payment gateways like Paypal which make it possible to conduct a transaction without ­actually exchanging hard cash.

However, when you drill down to it, the system is always based on currency produced by the national banks.

Over the past few years, though, a strange revolution on the Net has started a form of currency known as Bitcoin, ­created by private ­individuals ­without national bank or ­government involvement.

In fact, the actual creator of Bitcoin itself has been shrouded in mystery — although credited to Satoshi Nakamoto, the name is believed to be a pseudonym and while a few individuals have been identified, none have been definitively proven to be the elusive ­creator.

Being digital, Bitcoin itself has no built-in intrinsic value, except what its users assign to it. As such, the price of Bitcoin can vary quite a bit.

As a sign perhaps that the ­currency is gaining more ­acceptance, the value of Bitcoin has gone up in the last few years — today, the price of a single Bitcoin hovers at around RM1,300, although it has gone up as high as RM5,000. 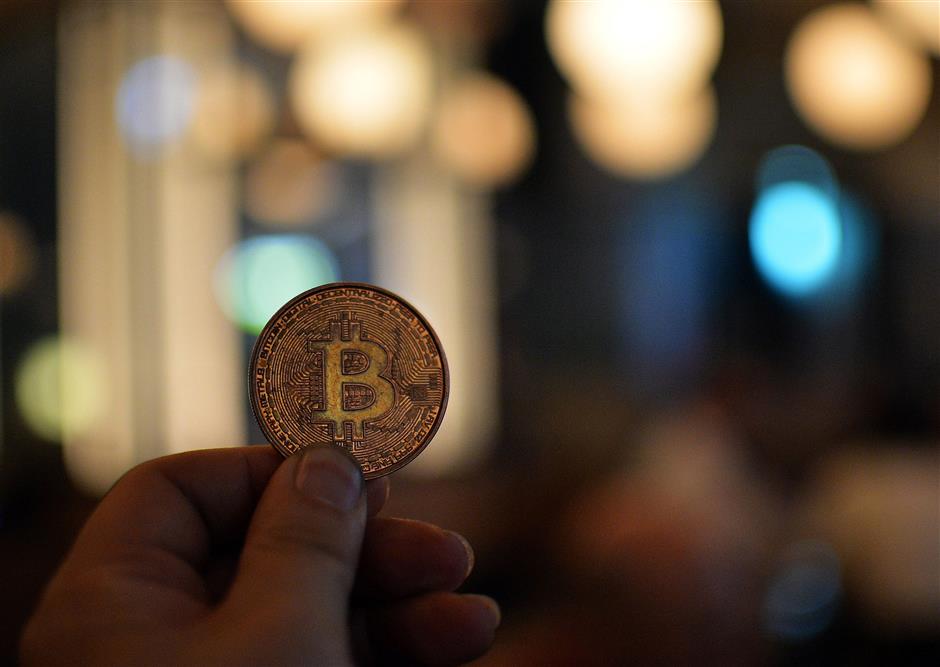 When it first started, a single Bitcoin was worth very little, and slowly rose to US$1 (about RM3.10) and finally to its current value.

However, if you’re thinking of buying Bitcoin as a form of investment, do be aware that the sheer volatility of Bitcoin does mean that your virtual currency could be worth nothing in the future, or it could be worth a lot.

This is perhaps the crux of the matter — is Bitcoin legal or illegal?

So far, Bitcoin itself is not illegal and in most countries, there are no restrictions to its use amongst ­parties who accept it as currency.

However, some countries have moved to limit the use of Bitcoin. China, for example, does not allow financial institutions to deal with Bitcoin. 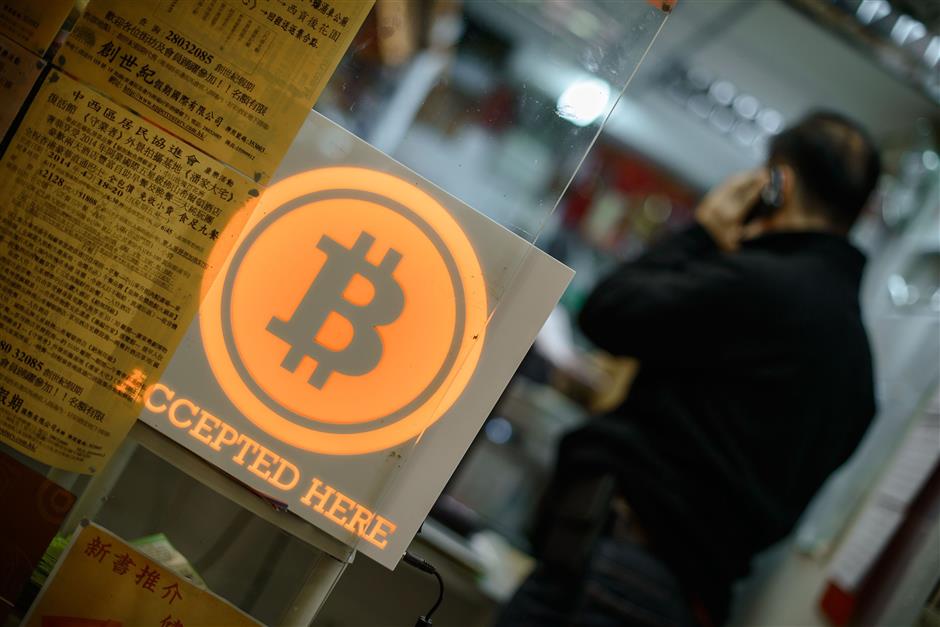 LEGAL TENDER?: A shop in Hong Kong. Some countries have moved to limit the use of Bitcoin. China, for example, does not allow financial institutions to deal with Bitcoin. — AFP

The situation is similar here and Bank Negara has released a short official statement on Bitcoin in January, stating that “... Bitcoin is not recognised as legal tender in Malaysia. The Central Bank does not regulate the operations of Bitcoin. The public is therefore advised to be cautious of the risks associated with the usage of such digital currency.”

Last month, The Star ran a story on the dangers of Bitcoin (Be wary of virtual money, M’sians told) but the currency is still widely used in ­technology circles. According to Nook Malaysia chief executive Daniel Yap, the fact that it is not “legal tender” does not make its use a crime. It simply means that Bitcoin is not regulated by Bank Negara and thus will not be recognised by any bank or financial institution in this country as legal tender.

However, it is not illegal for ­private businesses and users to deal in Bitcoin and Nook Malaysia is one of the local companies that accepts Bitcoin.

According to Yap, even if the government moved to ban Bitcoin use, it would be difficult to stop private individuals from dealing in it.

Bitcoin as a concept is simple — it’s essentially digital currency. Dig deeper into the concept, however, and it gets fairly complicated.

Bitcoin (or BTC which is also the symbol used for the currency) is defined as a form of ­cryptocurrency that utilises peer-to-peer ­transactions, a decentralised system where users across the Internet handle the payment network ­without a central authority or any kind of middlemen.

Users can make transactions and get paid in Bitcoin almost immediately, much like how it works with more conventional systems like PayPal.

However, where it differs is that because Bitcoin transactions are managed by a peer-to-peer system without various companies (such as your credit card company or PayPal) taking a “cut” of the money, the transaction charge for dealing in Bitcoin is either nil or a lot lower.

As the transactions are processed by machines on the peer-to-peer network, the “peers” within the network actually receive the ­transaction fee if there is one. This means that transaction fees are received by the community itself instead of a third party.

As for security, users on peer-to-peer network who run the full Bitcoin client have a copy of a virtual ledger called the “block chain” — this contains a list of every Bitcoin transaction ever processed.

The authenticity of each ­transaction in this ledger is ­authenticated by digital signatures and as every person running the full Bitcoin client has a copy of it, the transactions are also checked against others in the network.

As you may well imagine, the block chain is quite large and ­getting larger every day — last we checked, it was about 14GB in size.

Using Bitcoin to pay for goods and services is actually easier than trying to explain it. To get started, all a user needs is to install the ­wallet application, which is ­available for Windows, Mac OS X, Linux and even Android. [VIRTUAL MONEY: A digital wallet used to store Bitcoins is displayed at a Bitcoin conference on at the Javits Center in New York City. — AFP

To be clear, sites like Blockchain.info are not “online banks” and do not actually keep your Bitcoin ­currency — they simply make ­transactions more convenient.

Android smartphone users can download the Blockchain app for sending and receiving Bitcoin ­currency, but due to Apple’s ­restrictions, there is no such app on iOS.

This public address allows other users to deposit money into your account but not take money out from it.

The current value of a ­single Bitcoin is hovering at about RM1,300, which is probably too large to pay for most goods or ­services. However, it is possible to send a fraction of a Bitcoin — ­currently, a single Bitcoin can be split up into a fraction of up to a 100 million, so you can send it in much smaller denominations. Once you install the wallet application, you can actually get bitcoins either by receiving it from other users, or buying it from an “exchange” or simply mining for it.

An exchange is an online ­company that will sell you Bitcoins for real money. A relatively new development in this country is the so-called Bictoin AVM (automatic vending machines), where you trade real cash for Bitcoin.

When we first started writing this story, there were two Bitcoin AVMs — one in Bangsar Shopping Complex in Kuala Lumpur and another in Gurney Plaza, Penang. There is also a local website at ­cryptomarket.my which sells Bitcoin Scratch Cards of various denominations similar to mobile phone credit top ups.

Every Bitcoin wallet app has what is called a private address which is similar to your public address in that it’s also represented by a long string of letters and numbers. This private address is essentially the key to unlocking your wallet and allows you to send out Bitcoin currency to others.

Most Bitcoin wallet apps hide your private address from you since it’s not necessary to know it to send or receive Bitcoin.

However, most wallet apps allow you to “backup” this private address by printing it out or writing it down to be stored in a safe place.

Mining is the term used to refer to machines that run special software to “mine” for bitcoins. Although the term mining is used, what a machine that runs the ­mining ­software ­actually does is process ­transactions and secure the network, as well as keep everyone in the Bitcoin ­network ­synchronised.

Processing of transactions and securing the network involves a ­highly secure and complicated encryption system and as such requires pretty hefty computing power.

In the early days of Bitcoin, ­individual users could easily use a PC to mine for Bitcoins. But as more Bitcoins have surfaced, the system, by design, has become more ­complicated and requires specialised machines running powerful ASIC (Application Specific Integrated Circuit) chips.

As such, a number of companies have sprung up around the world that run specialised machines ­dedicated to mining for Bitcoins.

As an incentive for contributing to the system, Bitcoin miners get a twofold reward — first, in the form of transaction fees, and second, the system itself can reward miners by producing new Bitcoins. NOT EASY TO MINE: Bitcoin mining hardware — each specialised ASIC-based mining machine is equivalent to 180 PCs! — AFP

Don’t expect to be able to easily mine for Bitcoins using a regular PC — each specialised ASIC-based ­mining machine is equivalent to 180 PCs with powerful graphic chips installed and as such, using a regular PC for mining could take years to yield any Bitcoins.

In many ways, Bitcoin is still in its infancy with many countries ­taking a wait-and-see approach as to whether to accept as legal tender.

This lack of regulation also means that there is effectively no enforcement when there is theft — while there are ways to trace the perpetrators, there is no way to force Bitcoin thieves to return what they’ve stolen.