Its creators claim that the smart glasses have already been in development for eight years and are better than the best that Google has to offer in every department.

Bold claims indeed, especially when Laster Technologies, the business behind SeeThru is looking to Kickstarter to launch its device. However, Laster is using the crowdfunding platforms much as a way of raising awareness and generating attention as it is for raising funds.

Laster may be new to creating consumer products but a host of patented technologies that are used in a number of competing augmented reality headsets were developed by the company in its work for enterprises and the military - the version of SeeThru that will reach early bird backers in April is the fruit of over 100 prototypes.

So, should we be excited about SeeThru? The simple answer is, if Google Glass sounds good, then SeeThru could be great. The glasses promise crystal-clear images, text and video overlaid directly within the wearer's field of vision and the ability to take and receive phone calls via voice commands.

And because of built-in sensors including three gyroscopes, three accelerometers, and three compasses, the headset will know exactly where the wearer is and be able to furnish him or her with contextual information. Say for instance you're staring at the Eiffel Tower or Empire State building, SeeThru will automatically know and display relevant information, such as its height or the year it was built. 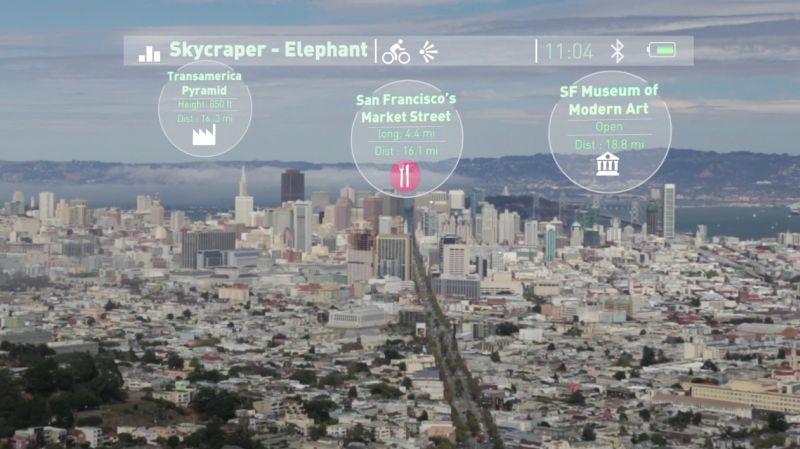 This geographical intelligence means that it could bring a new level of fun and interaction to pastimes such as skateboarding or mountain biking with SeeThru offering route suggestions and highlighting where others have pulled off tricks or wiped out -- so take care.

One thing it won't have is the ability to snap pictures and capture videos without anyone knowing. "SeeThru proves that you don't have to buy an expensive set of glasses to get great features and the best genuine AR quality, and you don't need to sacrifice your privacy. Privacy has always been part of our commitment to SeeThru users. We want to eliminate any chance of ‘glassholes' recording people without their knowledge," said Zile Liu, founder and CEO of Laster.

Some features will be developed through software development kits pushed out to developers, but, at launch, Laster is confident that the headset will be able to use GPS information to automatically offer information on the places around you; offer real-time information such as pop up messages and calendar appointments; view multimedia content; read ebooks; play games; and of course work as a hands-free system for calls and messages.

The headset will be compatible with Android devices and is designed to complement rather than replace your smartphone.

The Kickstarter campaign, launched this week, hopes to raise US$300,000 (RM900,000) over the next 60 days in order to take the headset to the production phase. Early bird backers prepared to assemble the glasses themselves can snap up a pair for just US$349 (RM1,047). - AFPRelaxnews 2014 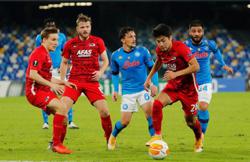 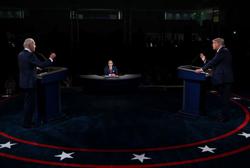 Takeaways: Four things to watch for in the Trump-Biden debate