All you need to know about 3D

Fad or not, 3D is making a big push into the home this year. Here’s a primer on what the technology is all about.

As A long time fan of 3D technology, it’s quite gratifying to see how far stereoscopic technology has come since the old days of anaglyph (see below) 3D glasses — plus, practically every other film you watch in the cinemas today is available in 3D.

Whether or not it’s a fad or the wave of the future is probably an argument best left for another day, but it can’t be denied that watching a 3D movie today is a much more comfortable and natural experience than it was in the 1950’s when the first 3D films were shown.

Now, of course, the next big push from manufacturers of HDTVs is to bring that 3D experience from the digital cinema right into your home.

Practically all the major manufacturers — Samsung, Panasonic, Sony, LG etc — are currently offering or have announced HDTVs that support 3D when the content eventually becomes available towards the end of the year.

Since we’re at the cusp of this big 3D push, here’s a quick primer what 3D is and how it works, and why the 3D your father saw in films like House of Wax and your brother saw in Jaws 3D is nowhere near as good as the 3D you get in films like Avatar and How To Train Your Dragon.

Before we get right down to modern technology, here’s a quick primer on how 3D itself works and how evolving technology has made the experience even better.

The concept of 3D (or more correctly referred to as sterescopic vision) is actually very simple — humans have two front-facing eyes, each delivering a slightly different image to the brain.

Because of the slight difference in perspective for each image, the brain calculates depth, allowing you to quickly gauge the distance of objects you see in front of you.

In fact, it’s very easy to fool your brain into perceiving depth even when looking at 2D objects or photos — all you need to do is to deliver two images slightly removed from the other, one to each eye.

All 3D technology therefore revolves around how to deliver a separate image to each eye to fool your brain into thinking that it is looking at a three-dimensional object instead of a two-dimensional image.

How this is done is where the clever part comes in.

One of the earliest and simplest methods of delivering 3D images to your eyes is using so-called anaglyph glasses — these are the classic red/blue (or sometimes red/green) glasses that are used for 3D comics and old 3D films like House of Wax (and most recently, Spy Kids 3D)

The concept of anaglyph glasses is very simple and takes advantage of something we learned in school — i.e. a red, blue or green filter will only let the same coloured light through. Therefore, if you’re looking at, say a red object and a blue object side by side against a plain white background using a pair of only red filter glasses, the red object will be nearly invisible to you while the blue object will stand out because it’ll appear as a deep, dark, black.

Conversely, if you’re looking at the same objects using a pair of glasses with blue filters, the blue object will be nearly invisible to you while the red object will now appear dark and stand out from the background.

Using the anaglyph concept, it’s a simple matter of delivering two different images to your eyes, one coloured red while the other coloured blue — using a pair of glasses with a red filter over one eye and a blue filter over the other, it effectively tricks your mind into seeing only the image that is NOT that colour.

The advantage of the anaglyph method is that since it’s so low-tech, it works with practically any medium, from theatrical movies to comics and television.

The big problem with anaglyph glasses of course is that you can’t see images in full colour — everything will have a reddish or bluish hue to it.

And anaglyph glasses give you a royal headache long after you’ve taken them off, thanks to having to force your eyes to see only primary colours.

The next method, and still used today in all modern 3D cinemas, is the polarised light method.

An interesting effect of a filter known as a polariser is that it actually cuts out a specific wavelength of light from a specific direction.

Polarising filters have been used in photography for decades because of its ability to cut out light from a specific angle and wavelength — most notably making blue skies slightly darker and even cutting out reflections on water.

The easiest way to explain how a polarising filter works is that it’s similar to Venetian blinds — with Venetian blinds, it’s possible to adjust the blinds to block all light coming into your room except from a specific direction.

Similarly, a polarising filter has a special coating which causes an interference pattern that allows light coming only from a specific direction and wavelength to enter.

This is where movie projection technology comes in — before digital cinema projection, the way to deliver 3D movies was to have two projectors running simultaneously, with a linear polarising filter fitted over each projector, but with each rotated at a 45° angle away from the other.

When a viewer wears a pair of polarising glasses, the lenses on these glasses are similarly rotated 45° away from the other — thus blocking out any reflected, polarised image but the one intended for that eye.

The one problem with using linear polarisers is that tilting your head does affect your experience, since doing so could mean diminishing the effectiveness of the polariser, and allowing one eye to see a ghost of the image meant for the other eye.

The technology has improved somewhat in modern digital cinemas, as the 3D glasses now use a more advanced circular polarising filter which is more forgiving of how you tilt your head.

It’s also cheaper to run 3D movies in a digital cinema simply because only one projector is needed and an automated system is placed in front of the projector, which quickly alternates between left and right eye polarising filters synchronised with the alternating left and right images being projected in quick succession.

Generally, polarised light technology works very well in theatres, but unfortunately it can’t easily work on televisions because they use transmitted light instead of reflected light. 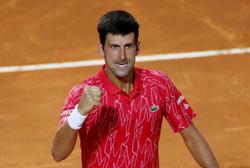