SONY Ericsson has launched its latest mobile phone, the Elm, an eco-­friendly model that doesn’t compromise on features.

The Elm is made from recycled plastic and without using any chemical that’s hazardous to the environment, the company said.

The packaging has also been ­minimised and it doesn’t come with a physical manual, and instead the phone includes an electronic version.

The phone also comes with a ­widget that allows users to manage their social networking sites such as Facebook and MySpace.

For snapping pictures, the Elm has a 5-megapixel camera with 4x digital zoom, and face detection and smile detection functions.

Other features include an A-GPS, 2.2inch screen, and up to 280MB of onboard memory.

During the launch, the company also unveiled two phones with an 8.1-megapixel camera, namely the Xperia X10 and Vivaz.

The X10 has up to 16x digital zoom, and comes with a new user interface that sits on top of the Android operating system.

As for the Vivaz, it supports HD video recording, allowing users to capture video in 720p resolution.

The Elm retails for RM899 (available April 19 onwards), while the X10 and Vivaz are immediately available for RM2,799 and RM1,799 respectively. 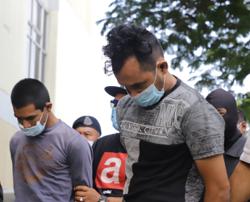