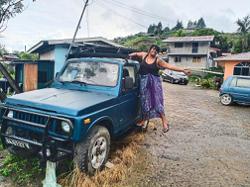 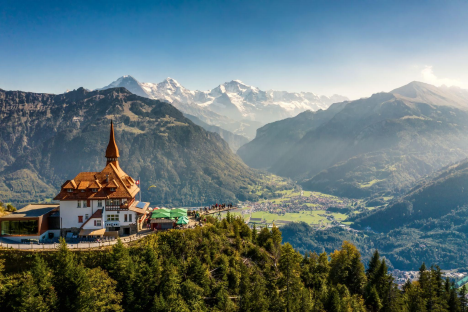 The best way to travel in luxury would be by making sure you choose a service like Insight Vacations that doesn’t just get you to your destination of choice, but does it in style and caters to your every need.

Enjoy immersive fuss-free holidays across the globe with Insight Vacations, a premium tour service with over 100 years of travel expertise.

The thirst for travel has never been stronger, as more countries open their borders to eager travellers, hungry to explore new destinations or return to their favourite haunts.

After being grounded for almost two years, the best way to travel would be by making sure you choose a service that doesn’t just get you to your destination of choice, but one that does this in style and caters to your every need.

With over 100 years of travel expertise, Insight Vacations offers curated experiences for the seasoned traveller, be they parents with older children, professionals, or retirees with an appreciation for the finer things in life.

A traveller’s safety and well-being are of utmost importance, and lnsight Vacations has a proven track record of prioritising the people who tour with them, having been awarded the globally-recognised WTTC SafeTravels Stamp.

You also won’t have to worry if plans change and you’re forced to reschedule your trip, as the

company offers flexible changes and you are free to use your deposit for any booking within five years.

On lnsight Vacation tours, do more than just see the sights – learn about the history of a destination while you delve into an incredible variety of lnsight Experiences, meet fascinating people and step into their homes.

Take a cooking class or learn to dance as you immerse yourself in the local culture and language, and after, retire to comfortable, premium accommodation.

Food may be fuel for your body, but with lnsight Vacations, dining is an experience. Get the full flavour of a destination by dining as locals do, whether it’s enjoying a traditional meal in their home or digging into local cuisine in a restaurant that only residents know about.

From thoughtful vegetarian options to seasonal specialities in amazing locations, you’ll sip, savour and sense the local flair at every meal.

lnsight Vacations offers fun-filled, informative and memorable experiences in numerous countries, and here are some of their most popular tours. See the best that Britain has to offer, like the Edinburgh Castle in Scotland, on the Gems of Britain tour.

This tour offers something for everyone, from a tour of William Shakespeare’s hometown Stratford-Upon-Avon, a quaint Tudor-style viIIage along a winding river, or a visit to a former Roman fortress in Cardiff.

See the best that Britain has to offer on this five-day premium guided tour, where you’ll be able to dig into a feast in Cardiff, explore an infamous castle in Edinburgh, led by a local expert, and gaze in admiration at the Scott Monument, the second-largest monument to a writer in the world.

In Bath, tour the historical and well-preserved thermal pools, or walk in the footsteps of author Jane Austen, who once lived in this town.

Relive history in Spain and Portugal 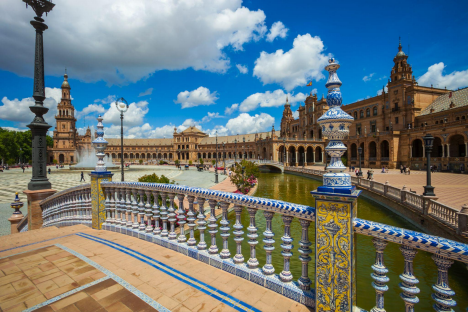 The Best of Spain and Portugal tour will take you to historical ancient sites.

History buffs will delight in a nine-day Spain and Portugal premium guided tour, which will take you on a journey through time on the cobble-stoned paths of ancient sites.

Stroll down the streets of a former Roman colony and indulge in a decadent Pastel de Nata tart made from a 200-year-oId secret recipe, on a tour that will allow you to embrace the best of old-world Spain and Portugal.

Wander the fragrant and arabesque gardens of the Alhambra Palace in Granada and learn the art of flamenco dancing in Seville, in a private lesson with professionals.

Then, cross the Portuguese border to scale a 16th-century fortress in Lisbon and visit Fatima, Portugal's most holy site. Finally, share a toast with fellow travellers during a celebratory feast in Madrid. See the Pyramids of Giza and more on the Splendours of Egypt tour.

Few historical sites can top the awe-inspiring architectural wonders of Egypt and apart from these marvels, the country has many more beautiful destinations to offer travellers.

Explore Egypt's attractions on a 12-day premium guided tour, which includes a cruise down the Nile with a stop at the Old Cataract Hotel, where Winston Churchill and Agatha Christie once dined, for a traditional high tea.

Then, continue down the Nile to Luxor, and explore the Valley of the Kings, where pharaohs – including the legendary Tutankhamun – are buried.

Later, break bread with a family in Geziret Bahirat who will regale you with tales of local life, and in Cairo, stand in awe beneath the Step Pyramid of King Zoser, before travelling to see one of the Seven Wonders of the Ancient World: The Pyramids of Giza. Check out the humming seaside economy of the Bergen Fish Markets and Hans Christian Andersen’s Little Mermaid in Copenhagen.

Scandinavia’s towering mountains, crystalline fjords and lessons in Viking history are all part and parcel of this unique 12-day premium guided tour.

Marvel at the spectacular Akershus Castle in Oslo on this immersive itinerary, and check out the humming seaside economy of the Bergen Fish Markets and Hans Christian Andersen’s Little Mermaid in Copenhagen.

Experience the delights of the Fjords on the Lysefjord Cruise, with panoramic views and a close encounter with the awe-inspiring 2000- ft tall Pulpit Rock.

In Denmark, enjoy some local dining in Aarhus where a farm-to-table feast of Danish delicacies is crafted from locally sourced, seasonal ingredients.

On the island of Fyn, the Hans Christian Andersen House will give travellers the opportunity to learn about the famous writer, charting his life, loves and travels.

Treasures of the Balkans Visit the iconic Bran castle, better known as Dracula’s haunted abode in Bram Stoker’s infamous novel, on the Treasures of the Balkans tour.

On this 18-day premium guided tour, explore the former Communist headquarters of Romania in Bucharest, visit Bulgaria's Roman ruins in Sofia and marvel at Bosnia’s Tunnel of Hope in Sarajevo.

Spend some time in the medieval city of Brasov, before taking the mountain roads to the Transylvanian border for an after-hours, private visit to Bran Castle, better known as Dracula’s haunted abode in Bram Stoker’s infamous novel, followed by a private dinner.

Be enthralled by myths and legends before continuing onward to Mostar, where a local expert will guide you through the city’s iconic sights ahead of a Sarajevo Dine-at-Home experience.

Here, sit down with a Sarajevan family for a feast of local delicacies, traditional Bosnian coffee and stories of local culture before the adventure continues in Hungary.

In Budapest, marvel at the views from the Fisherman’s Bastion, a panoramic viewing terrace with fairy tale towers.

Insight Vacations promises enriching and insightful experiences as you travel in style on these and other exciting tours, curated for the traveller who appreciates comfort, convenience and the finer things in life. Visit https://www.insightvacations.com/en-sg to find out more. 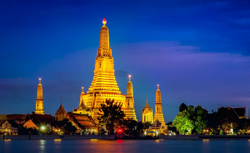