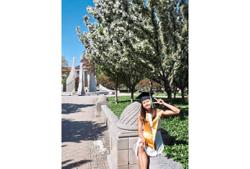 PETALING JAYA: National swimmer Phee Jinq En showed she has not lost her touch after placing a strong fourth in her pet 100m breaststroke event in the recent Combined Speedo Invitational in Elkhart, Indiana.

It was the first competition in more than a year for the Tokyo Olympics hopeful and she clocked 1:09.11, which was just 0.03 outside the Olympic B qualifying mark of 1:09.08.

A total of 154 swimmers swam in the 100m breaststroke, which is also one of the warm-up meets leading to the United States Olympic swimming trials in early June.

“It’s my first long-course competition in 16 months, ” said Jinq En, who made a bold move to return to the US to train at the height of the Covid-19 pandemic in December last year.

“The last time I raced was at the 2019 Philippines SEA Games, so I’m just grateful for the opportunity to race and I’m excited to work even harder towards the 0.01 per cent improvement.”

Jinq En is fully focused on earning a second Olympics appearance in Tokyo in July and is now training under American John Klinge.

The 23-year-old from Selangor admitted she had no inkling of where the next competition will be when she first arrived in the US on a student visa.

However, things are returning to normal albeit under strict Covid-19 safety protocols and Jinq En is not taking anything for granted. In fact, she is focused on trying to manage the expectations of being the only woman swimmer from Malaysia within sight of Olympics qualification.

“Physically I feel good. It’s just that mentally and emotionally, I am very stressed out, ” she admitted.

“The pressure to perform is getting to me as I’ve always been the only female swimmer from Malaysia to go to major meets in the last few years, ” added Jinq En, who will prepare for the TYR Pro Swim Series in Indianapolis next month.

The A cut for the 100m breaststroke is 1:07.07 which guarantees a spot in the Olympics while the B time is 1:09.08. Those under the B time will qualify if they make it to the Olympics rankings list.

Jinq En already dipped under the Olympic B qualifying mark when she clocked a national record time of 1:08.50 in winning the 100m breaststroke event at the 2019 Philippines SEA Games.

She went on to clinch a double by taking the 50m breaststroke title, also in a new national mark, in the Philippines. 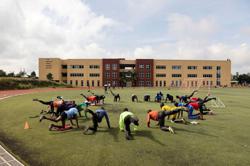 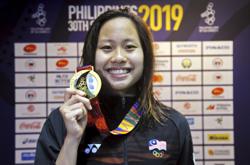