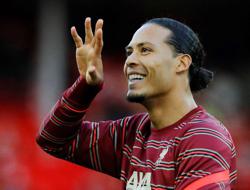 Get well soon: Low Wee Wern went for a surgery on her right knee in London last week after aggravating her posterolateral corner (PLC) while competing in the United States in July.

PETALING JAYA: Four surgeries in six years but a determined Low Wee Wern is still holding on to her squash career.

The 31-year-old went for a surgery on her right knee in London last week after aggravating her posterolateral corner (PLC) while competing in the United States in July.

“I played in the events in the US with a very swollen knee and when I got to the United Kingdom for the Manchester and British tournaments, I could not even walk properly,” said Wee Wern. “I had to pull out of the events, did an MRI (Magnetic Resonance Imaging) and returned home.”

The former World No. 5 had done three other major surgeries on her left knee after suffering from anterior cruciate ligament (ACL) between 2015 and 2018.

Wee Wern said the final surgery was her last-ditch attempt to save her squash career.

“After several consultations, I came back here to the UK to do the surgery under the same doctor (A. Williams) who did an excellent job on my left knee. I’ve been struggling with the pain for over three years now but surgery was the last option,” said Wee Wern.

“Over the last few years, my physio did an excellent job by helping me train and play at a decent level despite the pain I was having everyday. Some days are worse than others, but unfortunately it has gotten to a point where a surgical intervention is needed.

“My team’s coach and physio felt that it was best to operate here, with the best chance for me to compete again.”

It will take four to six months for Wee Wern to get back on her feet.

“I will be here (in London) for another week to do my follow-up and then, I will fly back home,” said Wee Wern.

“Currently, I’m in a brace and will be using crutches for four weeks. Then, I can start walking on my own.

“We’re looking at being able to get back on court in three to four months time and competing again in six months.”

With the world No. 35 out of action for some time, Malaysia will be depending on S. Sivasangari, Rachel Arnold and several others to keep the nation’s flag flying high in international tournaments. 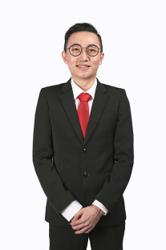 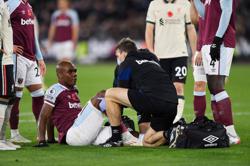